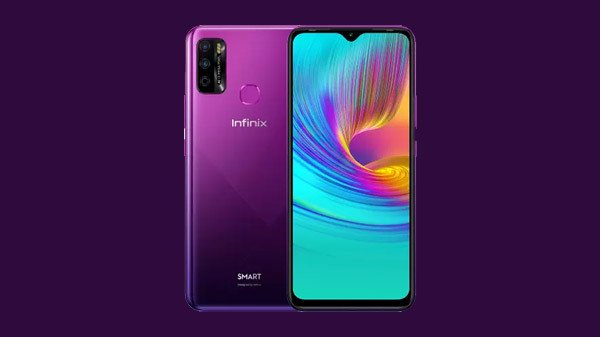 Competition in the entry-level budget smartphone segment in India just got bigger with the launch of the new Infinix Smart 4 smartphone. However, there isn’t anything special with the design which has become all too familiar by now. That includes a waterdrop notch at the top and thin bezels at the bottom. That said, the gem-cut textured rear design does make things a bit more lively.

The display is a rather large 6.82-inch HD Incell IPS panel having a resolution of 1640 x 720 pixels. On the other side of it lies a MediaTek Helio A22 chipset coupled to a 2 GB RAM and 32 GB of native storage. There is a micro SD card slot as well should you need more storage.

On the rear is a twin lens camera system with a 13 MP f/1.8 sensor being the primary shooter. Accompanying the same is a depth sensor for bokeh effects. On the front, there is an 8 MP selfie shooter with an LED flash as well for clearer shots even in low-light conditions. The camera is backed by several AI based features such as Auto Scene Detection, Custom Bokeh, AR Animoji, AI HDR, and such.

Power comes from a rather large 6000 mAh battery that gets refilled at max charging speeds of 10 W. Connectivity options include 4G LTE, WiFi. Bluetooth, and GPS/A-GPS. There is a 3.5 mm headphone jack as well, as is a micro USB port for charging roles and data transfers. A rear mounted fingerprint sensor allows for user authentication.

Coming to price, the new Infinix Smart 4 can be yours for just Rs. 6,999. That makes for a decent amount though you only get a 2 GB variant for the same. That also is the exact price that homegrown company, Micromax is charging for its entry-level phone, the In 1B in India and it would be interesting to see which phone has the last laugh. Meanwhile, colour options you have with the phone include Midnight Black, Ocean Wave, Quetzal Cyan, and Violet.