While the innovation and competition are fuelling in the mid-range smartphone market with the likes of Xiaomi and Realme leading the charge. There is an underdog, ‘Infinix’ which has pumped out some of the most interesting smartphones in the under 15k price point quite a few times. Now they are back with another smartphone that sports a punch-hole camera that too in under 10k.

The smartphone in question is the Infinix S5 that comes in at INR 8,999 with a large hole-punch display, four rear cameras and plenty of RAM and storage. We tested out the product for a good 10 days and here’s our full review. 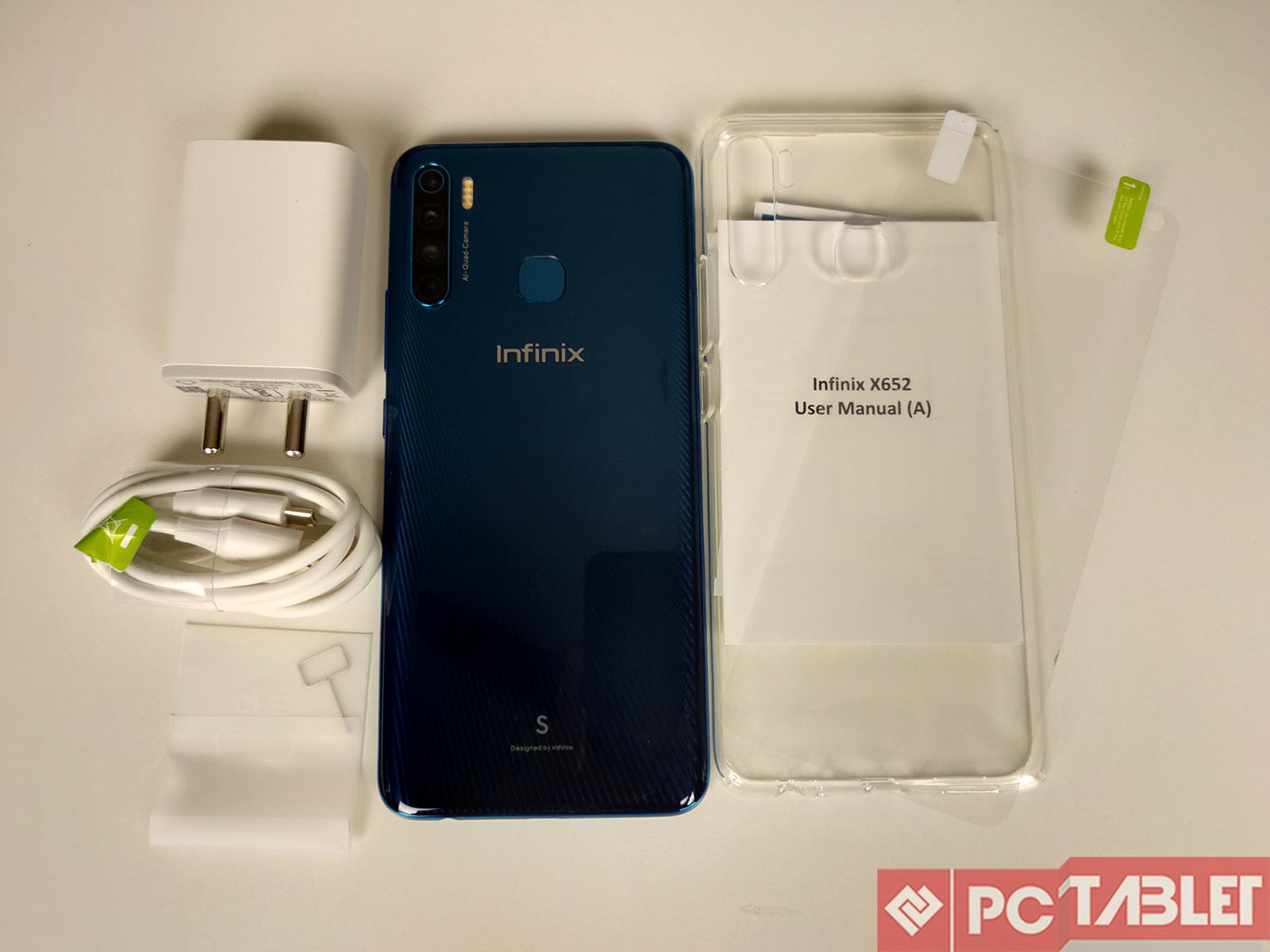 The Infinix S5 resembles the previous S4 model with the exception of a bigger display and extra cameras on the back. The phone is made entirely out of polycarbonate with the back featuring a ‘feather’ pattern which is covered under a thick and glossy polycarbonate sheet mimicking the glass-like feel and finish. At the back of the device, you also find a quad-camera setup along with an LED flash while the fingerprint sensor is placed in the middle. 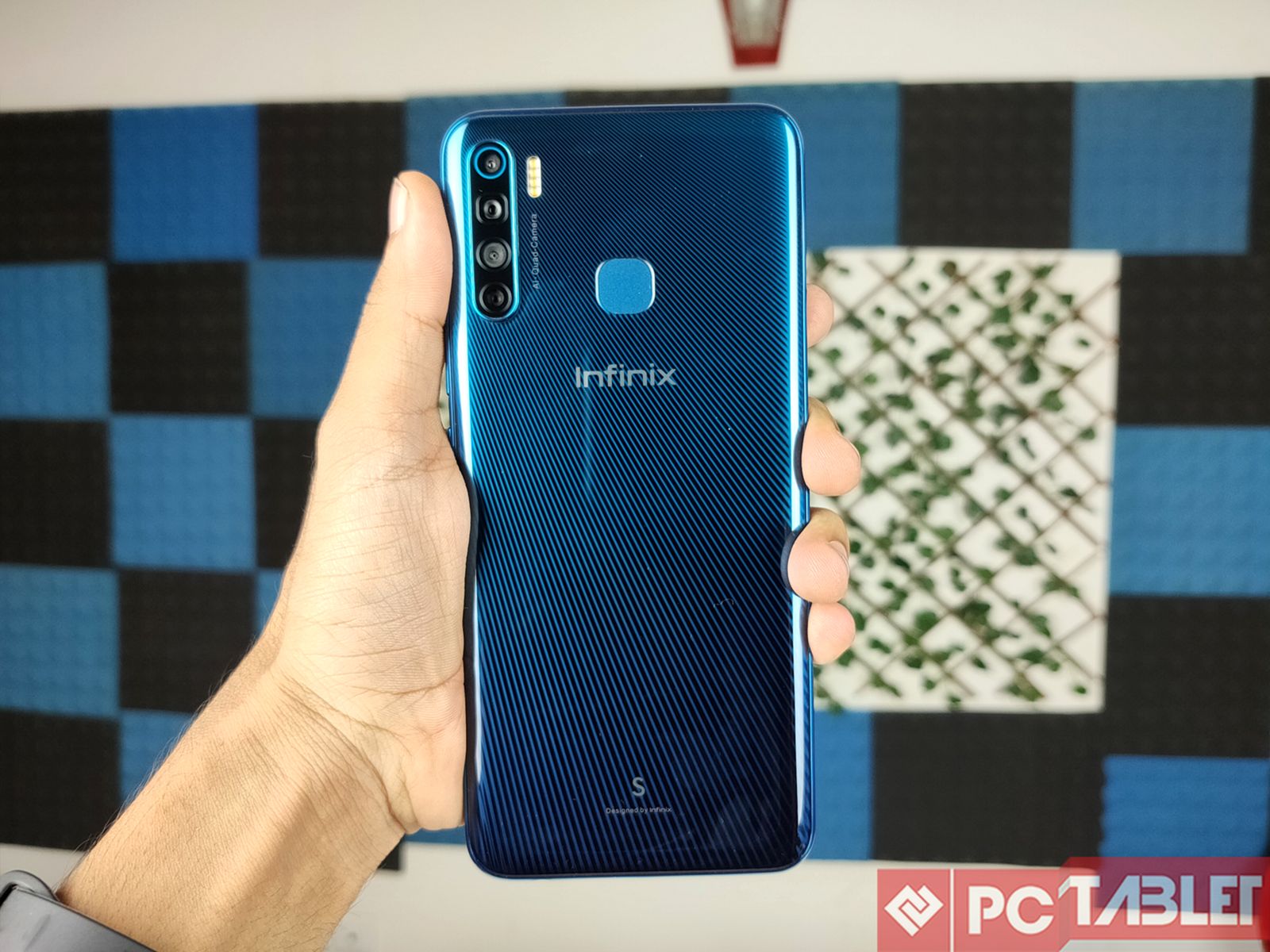 The right side of the phone has the volume rocker and power button while the left side houses the triple card slots (two SIMs and a micro SD card). Lastly, at the bottom, you find a micro-USB port for charging, 3.5mm audio jack, and mic.

Flipping the phone reveals the massive 6.6-inch LCD display with an HD+ resolution. This is also the first smartphone under INR 20k to come with a punch-hole display that is slated to be more common in 2020. The punch-hole design allows the device to offer a screen-to-body ratio of 90.5 percent while tucking the selfie camera inside it. Infinix has tried to cut down on the bezels but you do get a sizeable chin which is common at this price point.

Talking about the quality of the display, we found it above average with decent color reproduction and contrast. Outdoor visibility is excellent but in order to achieve that screen-to-body ratio, Infinix seems to have cut down on the ambient light sensor adding to hassle of manually changing the brightness. That being said, the narrower aspect ratio did help with the content and we thoroughly enjoyed binging on our favorite shows.

On the software front, the phone comes with the XOS Cheetah which is Infinix’s take on a custom UI on top of Android 9 Pie. People who have used a smartphone with a custom UI will feel at home. XOS has neatly laid out menus, Google’s Digital Wellbeing, gestures, and even a game mode. Like other custom skins, there are duplicate apps, like the Palm Store and AHA Games which have their own app libraries. 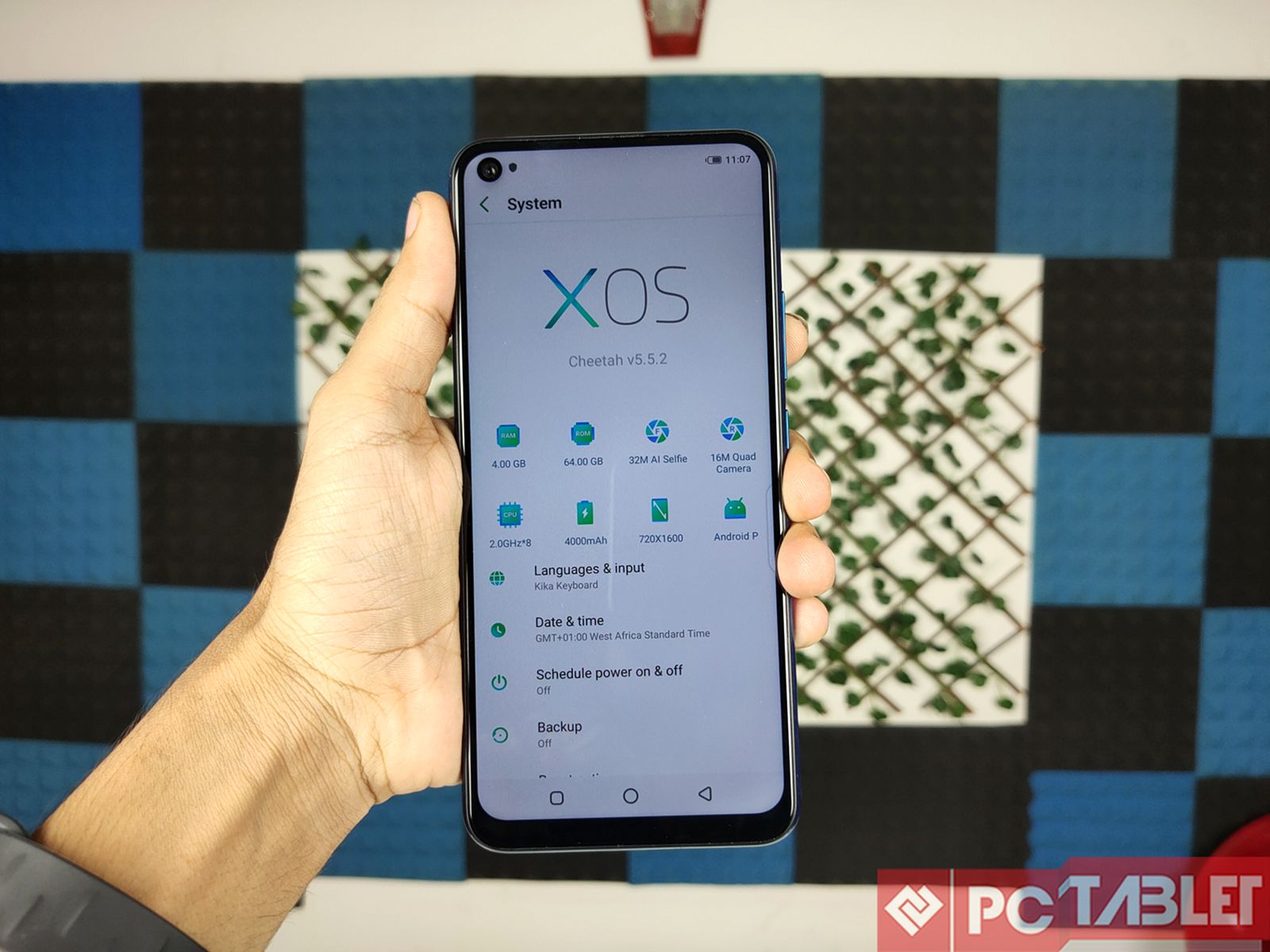 Moving on to the performance, the phone comes powered by Mediatek Helio P22 octa-core processor clocked at 2.0GHz paired with 4GB of RAM and 64GB of storage. When day to day performance is concerned, the phone manages to do all the essential tasks, including texting, calling, mild browsing without any major issues. However, things start to go downhill when you start pushing the phone to its limits. 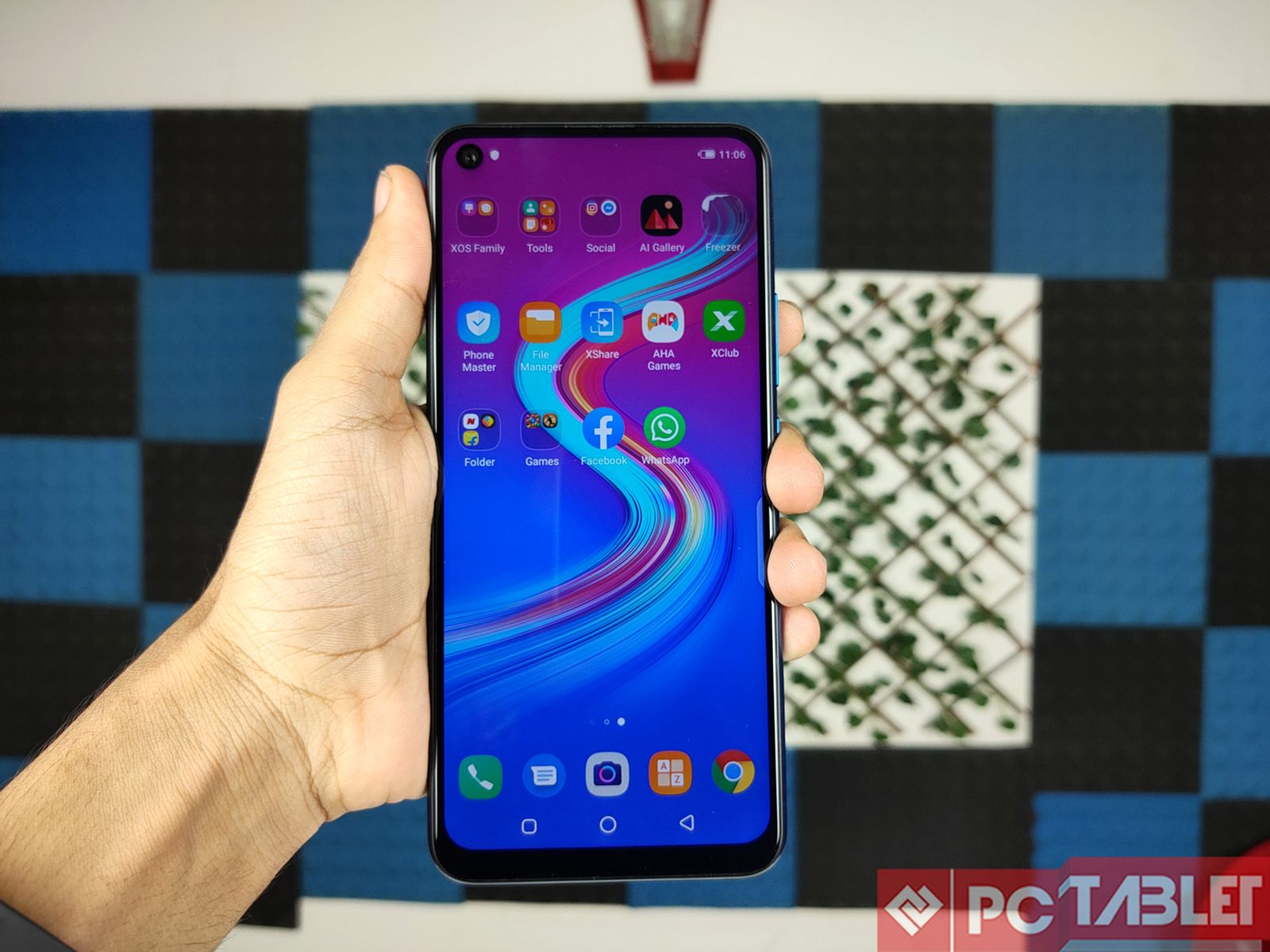 Being an entry-level mid-range chipset, we didn’t expect much from the phone. However, it did manage to run PUBG Lite fairly well, but couldn’t get through occasional stutter and lag. On the plus side, the cell reception and call quality were up to the mark.

At the back, the Infinix S5 features a primary 16-megapixel camera with an f/1.8 aperture, a 5-megapixel ultra-wide-angle camera, 2-megapixel depth sensor, and a 2-megapixel ‘low light’ sensor. The camera app comes with the photo, video, Custom Bokeh, AI HDR, AI Beauty, and Panorama modes. Pictures shot in the daylight with the main 16-megapixel camera came out decent. The AI helped give a boost to the images as it could automatically detect the scene and lighting. 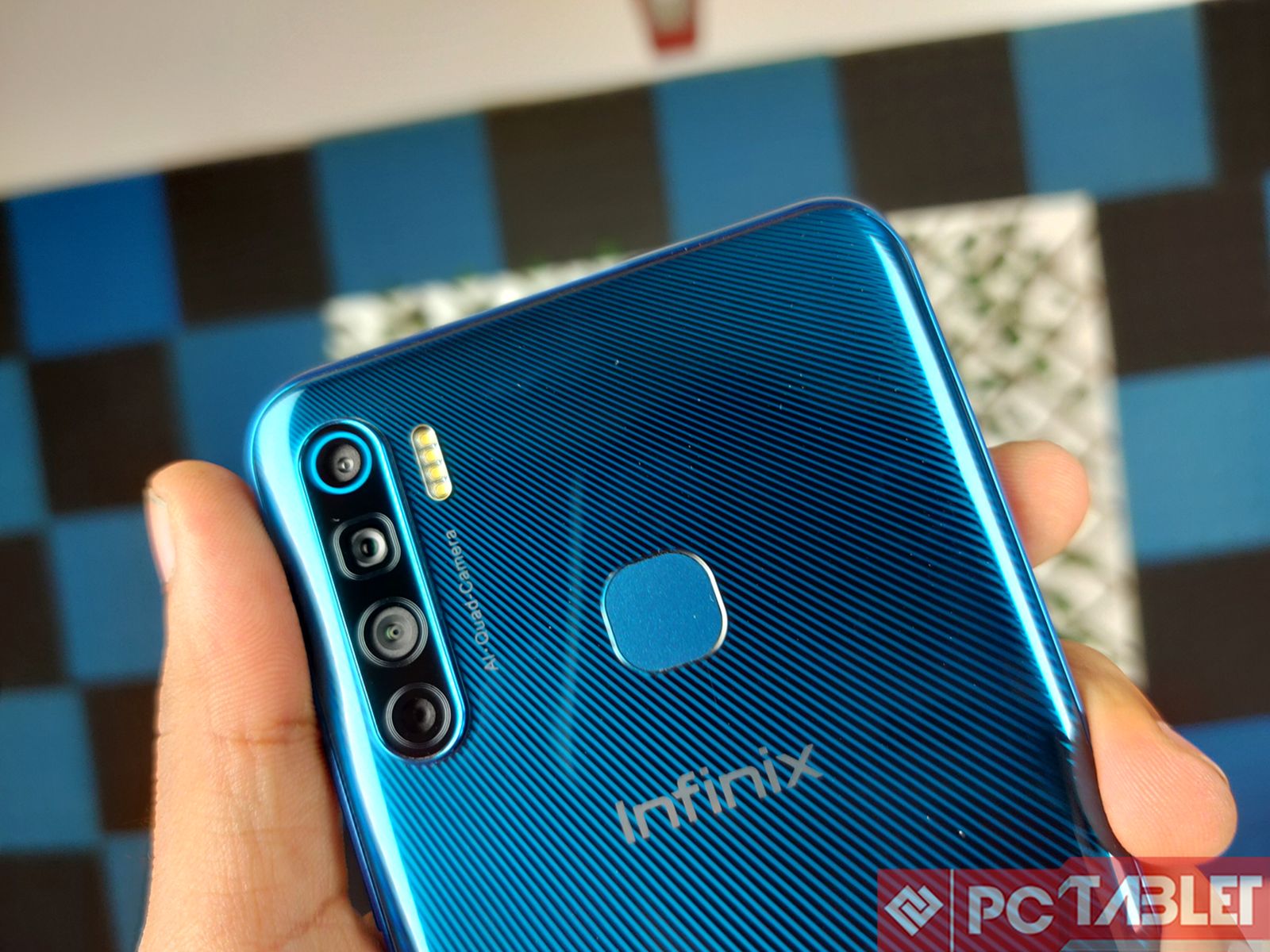 In low-light conditions, the camera did struggle to lock on focus and the resulting images weren’t that great. There is a 32-megapixel selfie camera which has some nifty modes in the camera app like AI Portrait, AI 3D Face Beauty, WideSelfie modes as well as AR-enabled Animoji. The selfie camera does a fairly decent job though. 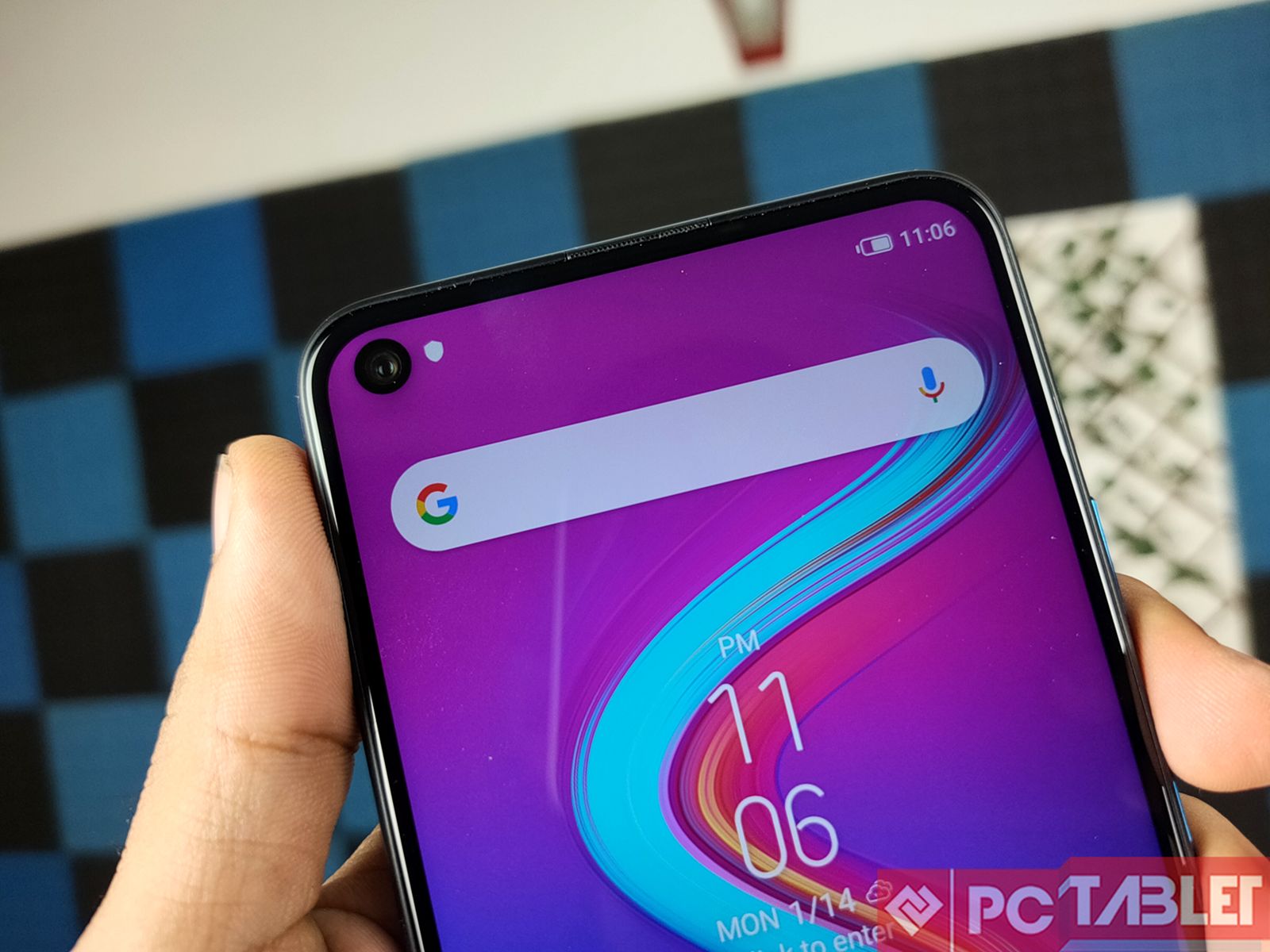 Coming to the battery life, there is a 4,000 mAh cell included which is more than enough to pull the phone for close to 1 ½ days’ worth of use. In our tests, we managed to get roughly 6 hours of screen-on-time out of this battery which is more than enough for most users in our opinion. The charging time is slow since the phone does not come with support for fast charge and the supplied 10W charger takes more than 2 hours to get a full top-up. 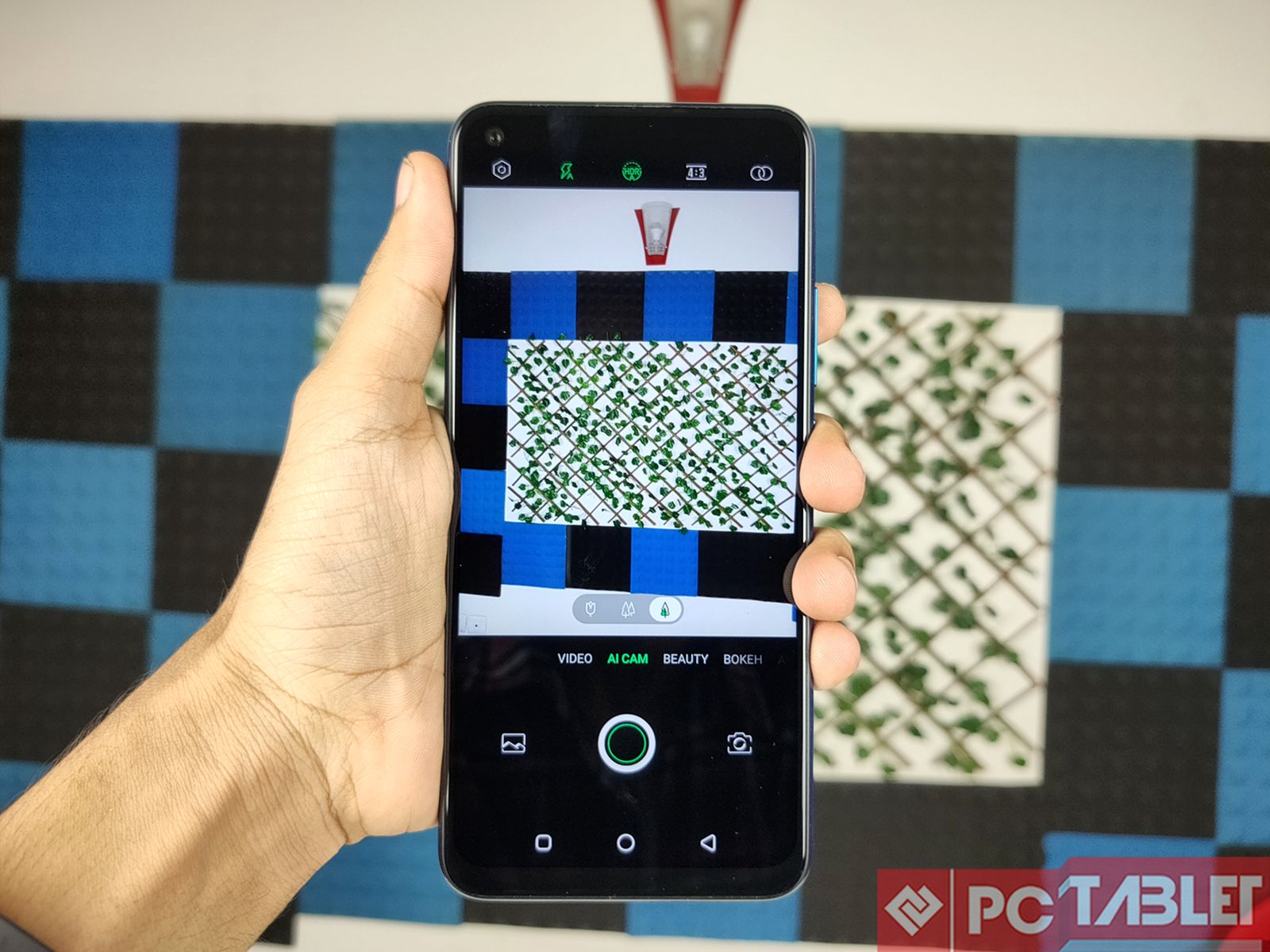 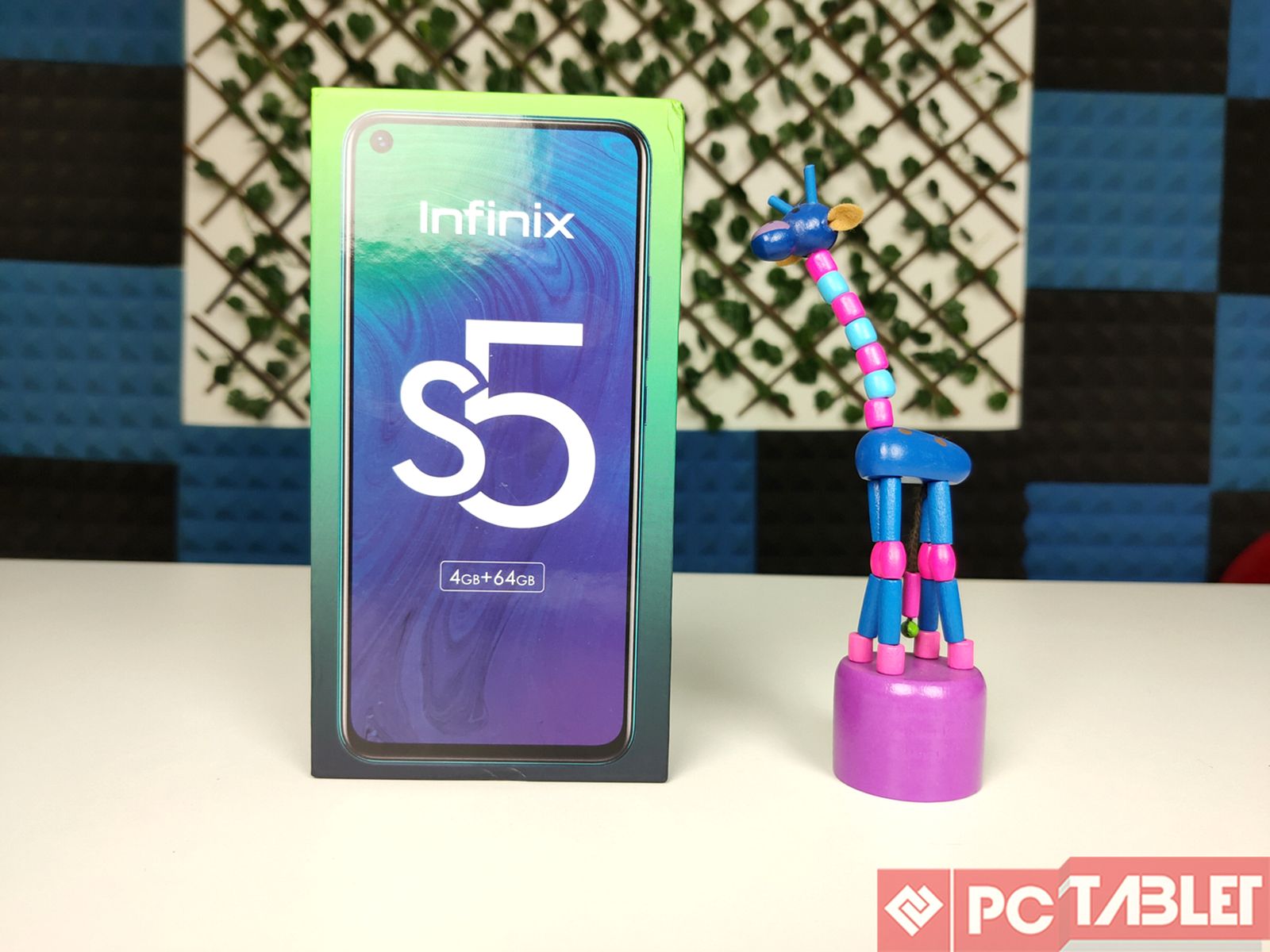 Coming in at a sticker price of INR 8,999, the Infinix S5 offers a punch-hole display, a quad-rear camera setup which is hard to get at this tight budget. The solid battery life does add to the value proposition but the average performing cameras and a not so powerful processor do pull it down.

There are plenty of offerings in the market right now which you could look at that are priced almost similar to the S5 notably the Redmi Note 8, Redmi 8A and the Realme 5s.