It’s been a little over a year since Infinix, the online smartphone arm of Transsion Holdings entered the Indian market. Since then they have brought quite a few interesting offerings like the Hot S3. Now the Hot-series is catered towards the entry-level buyers with smartphones mainly priced under Rs. 10k. A new addition into the Hot series is the Hot 6 Pro, which is catered towards buyers looking for a smartphone mainly for content consumption.

Priced at Rs. 7,999, the Hot 6 Pro will be going head to head with the Xiaomi’s Redmi series which dominates the under Rs. 10k market. Beside the bigger display, is the Hot 6 Pro good in other departments as well? Let’s dive in to find out.

Box design sports a simpler design. There is the Hot 6 Pro branding on top. As soon as you lift the top part, you get the smartphone. Underneath lies the documentation and the supplied accessories.

The Infinix Hot 6 Pro is made out of high quality polycarbonate but the finish closely resembles to that of a metal smartphone. The matte finish on the back is a fingerprint magnet, so we would recommend slapping a case on this one. We were quite impressed by the build quality of this smartphones and it perhaps has the best finish on any smartphone in this price segment.

The front of the smartphone is dominated by the 5.99-inch 18:9 aspect ratio display. As is the case with other 18:9 display smartphones, Infinix has tried to cut the bezels and we appreciate this. Up top lies the sensors, notification LED and the front facing camera accompanied by a Soft LED Flash. On the bottom there’s a 3.5mm headphone jack, a Micro-USB port, and a mono speaker. The SIM tray is on the left side and accepts two Nano-SIM cards and a separate microSD card up to 128GB.

The volume rockers are placed on the right side, with the textured power button placed underneath. Infinix has gone with a scratch resistant 2.5D glass on the front which is supplied by NEG. There’s a horizontal dual camera setup on the back with the fingerprint scanner placed in the centre.

The main highlight of the smartphone is the display, Infinix has gone with a 5.99-inch 18:9 aspect ratio LCD display. The display used here has a maximum brightness of 500 nits which helps in the outdoor visibility. Though the colors are punchy but the text isn’t very sharp, that is due to the lower pixel count.

Due to its vibrant and punchy colors, this display is ideal for media consumption.

The infinix Hot 6 Pro is powered by Snapdragon 425 octa-core chipset paired with 3GB RAM and 32GB storage. Now this where things go wrong, the Snapdragon 425 being a lower end chipset is still capable of pushing the smartphone through intensive usage but the price at which the Hot 6 Pro is being offered the choice of the chipset isn’t justified. The nearest competitor in this price bracket is Xiaomi’s Redmi 5 which is powered by the Snapdragon 450 chipset. Coming to the sensors, Infinix hasn’t skimped on any of the core one, you get proximity, compass, Hall and ambient light sensors.

Talking about the software, the Infinix Hot 6 Pro runs on the Android 8.0 Oreo with Infinix’s own custom skin on top called the Hummingbird XOS v3.2. The skin’s look and feel is quite different from the stock Android and we get iOS kind of vibe on this one. The core Android elements are though untouched like the notifications shade and quick toggles can be accessed from the top.

The Infinix Hot 6 Pro also comes with a host of pre-installed apps like a Web browser, a forum app, a video app etc. Now these aren’t of much use and thankfully most of them can be easily uninstalled. Other than this the XOS comes with features like one-handed mode, screen recording, scrolling screenshots, 3-finger screenshot, and the ability to silence the phone by flipping it over. Face Unlock is also present here and we must mention that it is nowhere near to the ones found on the other smartphones. The fingerprint sensor also needs some tweaks as it takes about a full second to unlock the smartphone.

The Infinix Hot 6 Pro comes with set of dual rear cameras with the main camera being a 13-megapixel sensor and a 2-megapixel camera for those depth shots. One thing we noticed is at times the auto focus didn’t really work and the phone kept hunting for the focus for a while. Manual focus works as expected under bright light conditions. Smartphones in this price bracket generally have average cameras and Hot 6 Pro isn’t any different. 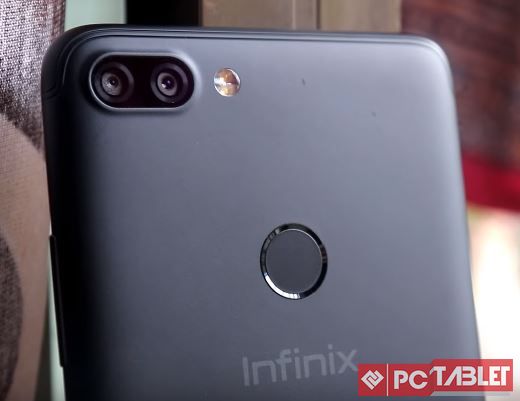 Shots taken in good lighting conditions are passable while the low light shots are full of noise and lack focus.

Talking about the battery, the Infinix Hot 6 Pro packs in a massive 4,000 mAh battery which should easily last you a full day with moderate usage and about 30% battery still available. The battery stats could improve with future updates since battery management needs a few tweaks. Our biggest gripe is with the supplied 6W charger which takes more than 3hrs to completely top-up this smartphone. If Infinix at least had added Quick charge 2.0 things could have been a little different in this situation.

The only two factors lifting the Hot 6 Pro up are its design and battery. Other than this the subpar cameras, software and the CPU don’t really add or remove much value to the product. It would have been great if Infinix would have gone with a better processor and some sort of fast charging on this smartphone.

The nearest competitor to the Hot 6 Pro, Redmi 5 is just Rs. 1k costlier for the 3GB RAM variant and will be a better choice amongst the two in our opinion.