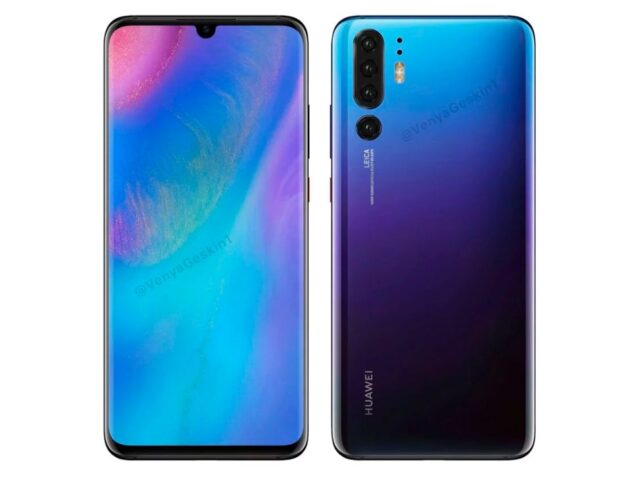 The Chinese giant Huawei is done with this year flagships, accounting the recent Mate 20 Pro launch. Now, a new report suggests that the company has already started working on its upcoming flagship- Huawei P30 Pro. The P30 Pro will be a successor to the P20 Pro that came with triple rear cameras, earlier this year.

Since the P20 lineup, the company has been following the trend of traditional iPhone X-styled notches. Now, the freshly leaked images of the Huawei P30 Pro’s screen protectors hint that the company will be soon bumping its game with tear-drop grooves.

The leaked images showcase a pair of P30 Pro’s screen protectors kept alongside the alleged Samsung Galaxy S10 & S10+ protectors. The former’s screen protectors sport a circular cut-out on top, reminiscent of the Essential PH-1. Furthermore, one can see the small yet existent bottom chin below the display.

On the other hand, S10 screen protectors don’t have any display cut-outs which seem apparent as they are likely to be adorned by in-display selfie shooters, as seen in the leaked renders.

Few other reports hint that the handset will come with a curved OLED display at the front. It’ll be sourced from either of China’s display manufacturer BOE or the South Korean giant LG.

Moreover, the freshly created renders by the popular tipster Benjamin Geskin show the best possible incarnation of the device. As per which, the Huawei P30 Pro features a waterdrop notch styled curved screen, followed by a pair of three cameras alongside a segregated shooter at the back panel. The phone comes in an Aurora Blue gradient colour, just like the Mate 20 Pro.

Furthermore, the P30 Pro is speculated to sport a Leica engineered quad rear cameras. The device will incorporate a 38-megapixel Sony IMX607 sensor as its primary sensor at the rear (an upgrade over the IMX600 used on the P20 Pro). The bigger sensor size and wide-aperture bundled with Exmor RS image processing technology will aid for spectacular low-light imaging.

As for the specs, the upcoming flagship is likely to be powered by Kirin 980 chipset, coupled with up to 12 GB of RAM and 128GB of storage. Huawei will be unveiling its P30-series, likely in March 2019. Stay tuned for further updates.