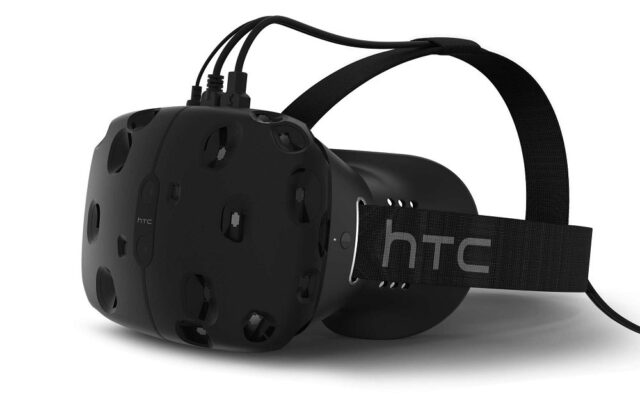 Contrary to earlier reports, the Taiwanese manufacturer has officially confirmed it has no plans to announce the HTC Vive 2 at CES 2017. The company has slammed earlier reports which claimed that the HTC Vive 2 is set for an unveiling at the upcoming trade and consumer electronics shown in Las Vegas.

HTC further notes that it’ll focus more on the virtual reality ecosystem for users of its Vive VR headset. The company has a press event scheduled at CES 2017 titled ‘ the future VR’, where it is expected to announce plans for its VR ecosystem in the near future.

There is no truth to the rumor of launching Vive 2 at CES 2017. At Vive, we are laser focused on building out a strong and growing ecosystem for current and future Vive owners so they can experience the best room-scale VR with the most compelling content available,” HTC said in a statement.

Put simply, it appears HTC is still focusing on building a robust VR ecosystem for current and potential HTC Vive users. The company’s statement clearly suggests it has no plans to replace the current Vive headset with something new and advanced.

While HTC may have no plans to announce the next-gen Vive 2 headset at CES 2017, several reports suggest that the headset is indeed under the works, giving us a fair idea of the features and changes we can expect from the upcoming HTC Vive 2.

Recent reports suggest it could feature twin 4K displays with refresh rates of 120Hz, up from the 2160×1200 resolution 90Hz found on the current-gen HTC Vive. Besides, the HTC Vive 2 is also said to pack a built-in wireless transmitter which would allow users to move around freely.

As far as pricing goes, the HTC Vive 2 is certainly going to be an expensive gadget, that is if it gets a commercial release. The current HTC Vive costs $799, much higher compared to the Oculus Rift at $599.

The former comes with a bunch of accessories which includes two controllers, ear buds, along with a Lighthouse base station — perhaps the reason the HTC Vive commands such a high price tag. Hence, we can expect the upcoming HTC Vive to command a premium price point, given the fact its said to pack twin 4K displays and wireless capabilities.