Honor has been going head to head with the likes of Xiaomi, Asus and Realme for capturing the ever-growing budget smartphone segment. In the past few months we have seen some impressive offering from the brand and continuing the trend, Honor just released the Honor 8C, successor to the Honor 7C. Just like with the earlier model, the Honor 8C comes packed with an eye-catching design and a Qualcomm chipset.

The newer phone comes at a starting price of INR 11,999 and is competing with the Redmi Note 6, Realme U1 and the newly announced Asus Zenfone Max M2. We used the Honor 8C for quite some time and here’s our review.

The Honor 8C just like its pricier sibling the 8X, shines in the design department. Honor has gone with an all plastic build this time around and it is quite eye-catching. The paint job is nothing we have seen in the past on any smartphone, to achieve this, the brand went with what it calls a 3D nano-level texture design which provides a metallic shimmer. You get a shimmering effect and color exposures when the light hits the back at certain angles. 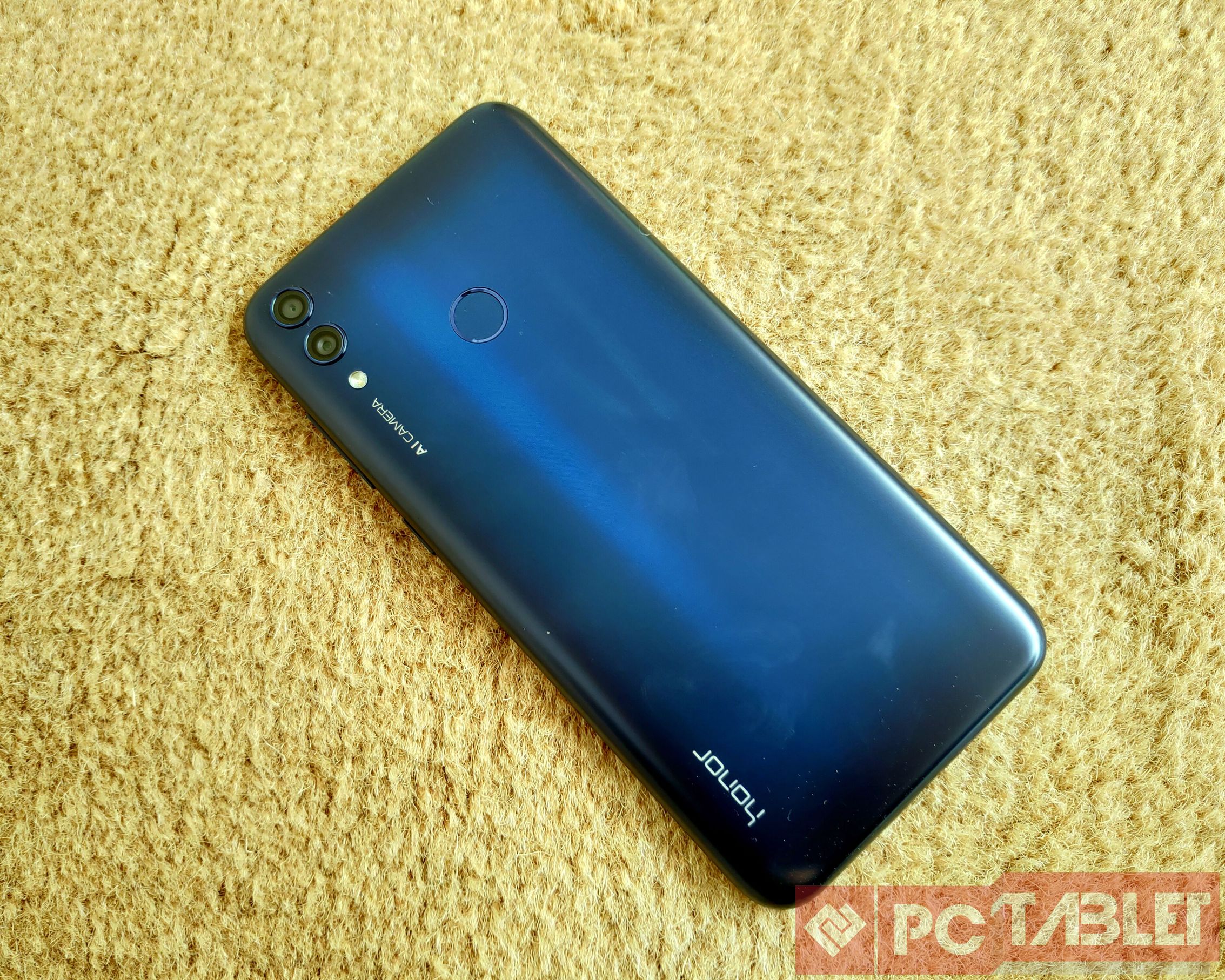 The back attracts a good number of smudges so we would recommend you to use a case. Honor has bundled a TPU case in the package which gets the job done. Moving on from the choice of materials, there are dual rear cameras aligned vertically on the side and a fingerprint sensor in the centre. The buttons are placed on the right side with the triple slot tray on the left. The bottom of the phone houses the micro USB port, and speaker, while the 3.5mm headphone jack is placed on the top.

Flipping the phone reveals the 6.26-inch HD+ display with a notch. The notch is staying for at least a year more, so you better deal with it. The notch here is fairly contained and houses the earpiece, sensors and selfie camera. Honor hasn’t gone with the minimal bezel approach on 8C just like what we saw on the 8X. There is a sizeable chin on the bottom, which houses the Honor Badge.

The phone as mentioned above features a 6.26 HD+ TFT LCD display with a 19:9 aspect ratio. Now the HD+ might be a led down for some since smartphone in this price bracket are sporting an FHD+ display. The viewing angles and the color are decent with the option to tweak colors as per your liking in the settings menu. 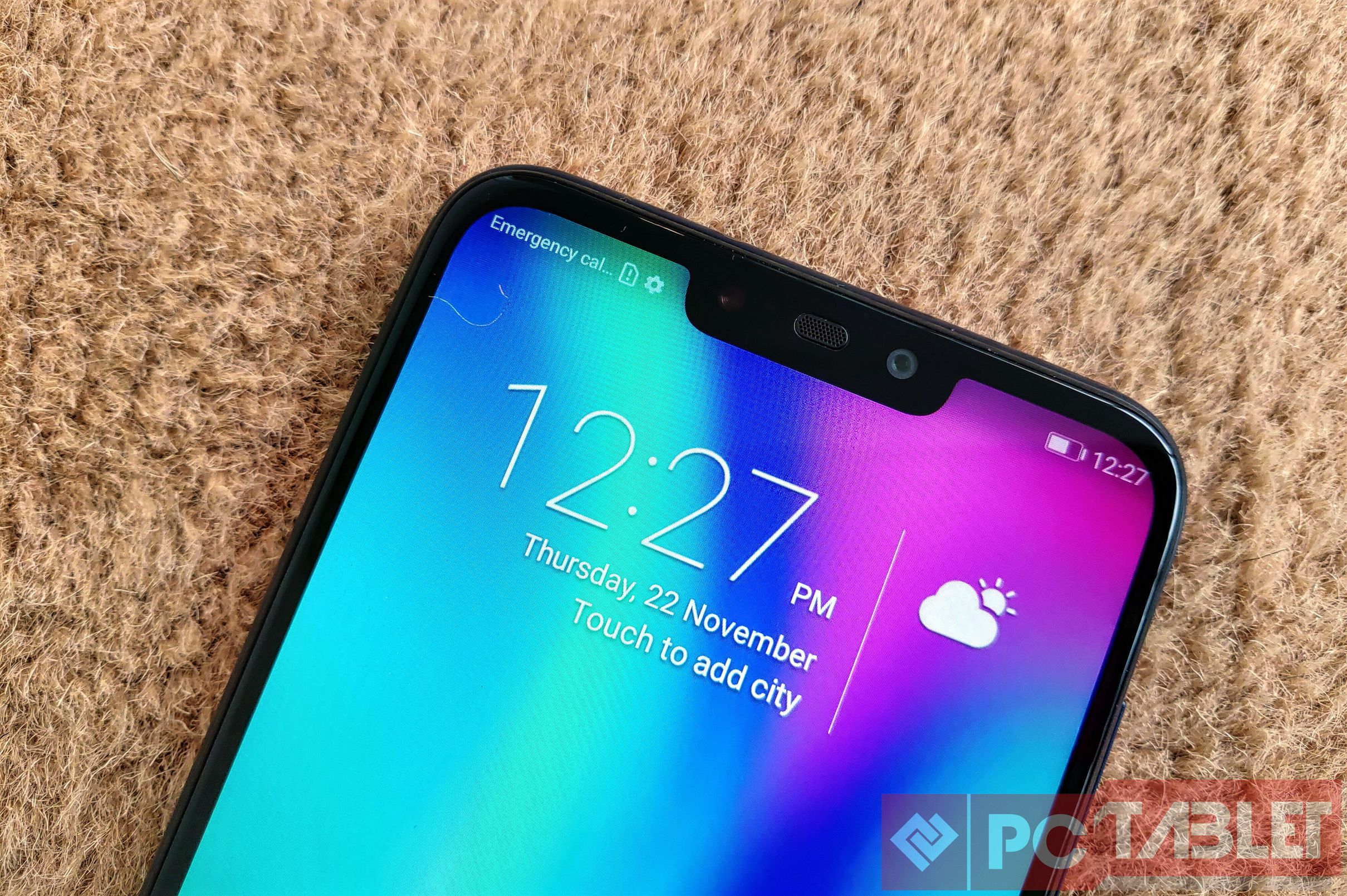 Since the display has a notch, there is a setting wherein you can mask the notch just like on other custom skins. The brightness of the display is above average and outdoor visibility is decent for most of the part. Honor has added a blue light filter called Eye Comfort Mode that been certified by TUV Rheinland.

The Honor 8C runs Honor’s EMUI 8.2 custom skin on top Android 8.1 Oreo. Like other custom ROM’s, the EMUI is feature rich right from the start. There are navigation gestures to make use of the taller display. Most of the stock apps have been calibrated to accommodate the notch and EMUI gives you the ability to scale additional apps. EMUI gives a lot of room for customization, you get the option to choose the layout of the launcher, change themes, fonts and wallpapers.

Like past Honor/Huawei phones there are a bunch of pre-installed apps here as well like Facebook, Messenger, Netflix along with a number of games. Honor is also using a mix of Google apps and their own ones as default apps leading to unnecessary duplicates. EMUI allows you to create two instances of the same application and single-handed mode which is missing from other ROM’s. 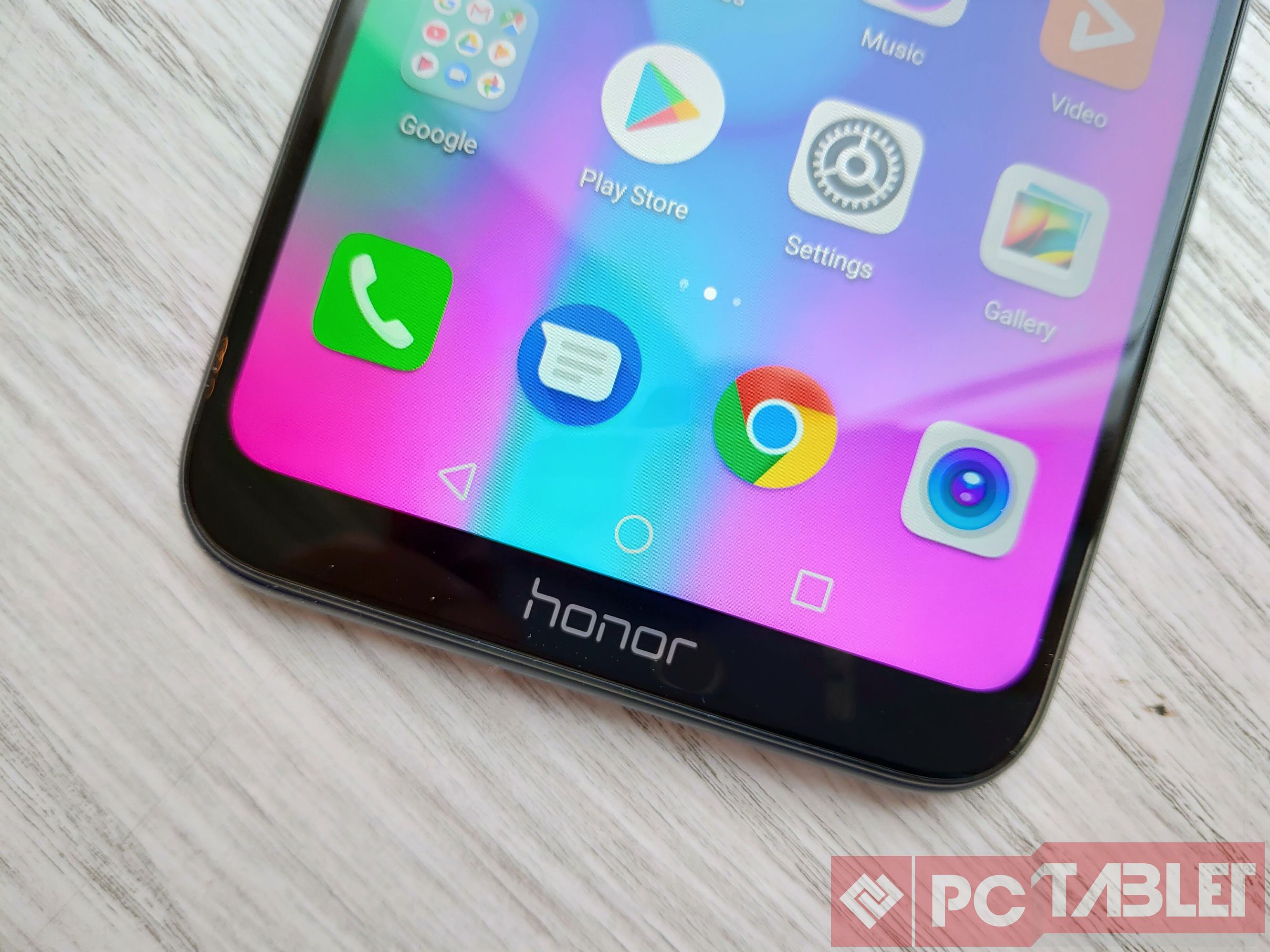 Coming to the performance, the phone is powered by Qualcomm’s latest Snapdragon 632 and is, in fact, the first phone in the market sporting this particular chipset. The chipset is based on the earlier 6XX generation chips and is ideal for mid-range smartphones. During our testing the performance has been mixed, the phone pushes through day to day use effortlessly but lags when pushed to the limits.

We took the chipset for a spin and ran titles like Asphalt, FIFA and PUBG which were playable without any issues at low to medium graphics. There is a slight heating issue when gaming for longer sessions.

The Honor 8C features a dual rear camera setup with a 13-megapixel primary camera with a f/1.8 aperture and a 2-megapixel depth sensor with a f/2.4 aperture. At the front, there is an 8-megapixel selfie shooter with a f/2.0 aperture. Just like the back camera, the front is also assisted with an LED flash for better low light selfies. The camera app is similar to that o other Honor smartphones. A big emphasis is on AI and there is an AI mode built-in.

There are five major modes — Aperture, Night, Portrait, Photo, and Video, with modes like Pro, Slow-mo, Panorama, AR Lens, HDR, Time-lapse, and more hidden away. The app by default has the AI photography mode turned on, which can be flicked off if you don’t like the results. There is still the problem of AI mode aggressively over saturating the images, though Honor seems to have worked on this.

Coming to the camera performance, the shots taken in good lighting conditions come out decent with an acceptable amount of detail. The edge detection is on point when taking depth shots and the wide field of view helps. There is a slight shutter lag that we noticed, but it can be fixed in the future updates. AI mode indeed helps but not in all situations. The mode tends to crank up the saturation and exposure leading to some unnatural looking shots.

In low lighting situations, the images come out soft and lack details. There is noticeable noise and the phone at times is unable to lock focus. The front camera is just about adequate. The selfies are soft and at times are a little over saturated. To enhance the experience at least in the low light situations, there is a soft LED flash which helps out up to some extent. There is a beautification mode aimed at people looking to enhance their selfies.

Talking about the battery, the Honor 8C comes with a 4,000mAh cell which will easily last you a full day even with high usage. To further enhance the battery life, EMUI has a host of battery saving options which can be engaged. There is no trace of fast charging but the phone takes a little over 2 hours to top up the battery fully with the supplied 10W charger.

The Honor 8C is entering the market at a time when there are plenty of very decent offerings already. The Nokia 5.1 Plus, Asus Zenfone Max Pro M1 just to name a few. Like previous offerings, the main emphasis is on the looks. The phone does offer a minor update in the processing power from the last gen. The cameras and the cluttered UI take away the mojo.

Lately, brands have upped their game in the budget segment and Honor seems to be left behind.