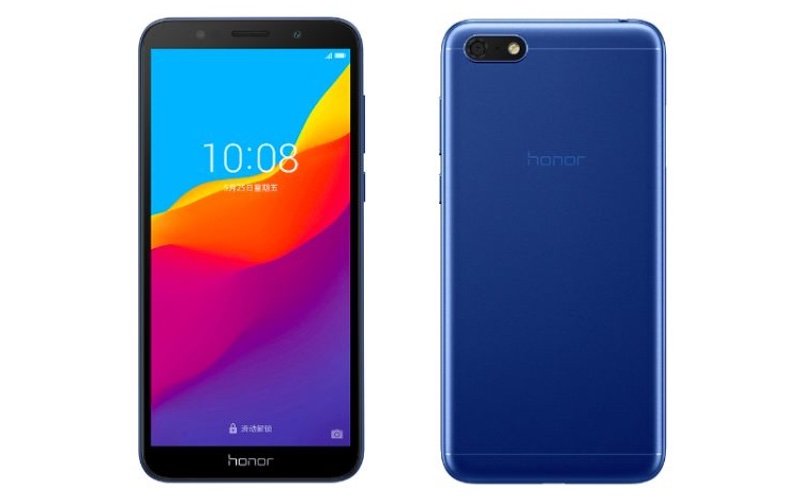 Huawei-sub brand Honor has launched its newest budget offering in India, the Honor 7S. Priced at INR 6,999, the handset goes on sale on September 14 and will be a Flipkart exclusive. The device will also be available for purchase via the company’s HiHonor online store. It will be offered in a choice of Black, Blue, and Gold colour variants.

Key highlights of the Honor 7S is its Full View HD+ display which boasts an aspect ratio of 18:9.

In terms of specifications, the Honor 7S features a 5.45-inch HD+ display having an aspect ratio of 18:9. Under the hood, the device gets powered by MediaTek MT6739 processor bundled with 2GB AM and 16GB of built-in storage. The handset also offers storage expandability by up to 256GB via a dedicated microSD slot.

As far as OS goes, the smartphone runs Android 8.0 Oreo with the company’s EMUI 8.0 skin on top.

Elsewhere, the Honor 7S packs a 3020mAh battery that is claimed to offer 13 hours of video and 374 hours of dual SIM card standby. Connectivity options on the dual-SIM(Nano) handset include 4G LTE, Wi-Fi, Bluetooth 4.2, microUSB, as well as a 3.5 mm jack. It also comes with an accelerometer, ambient light sensor, and a proximity sensor.