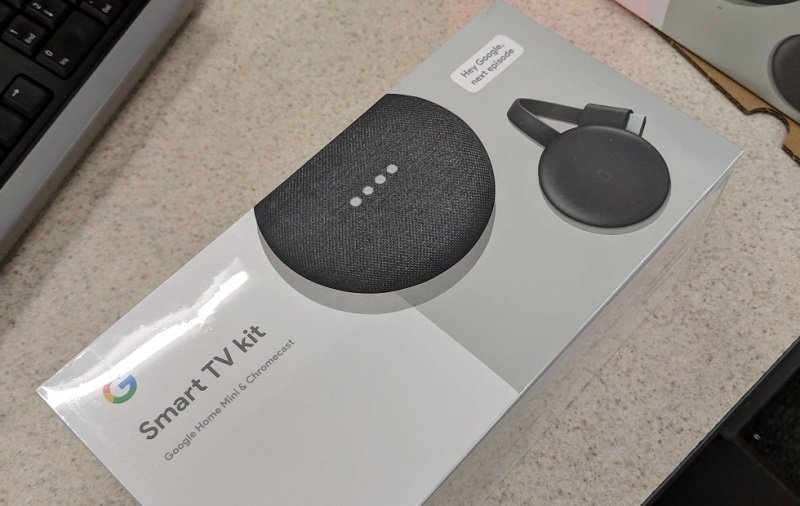 Apart from the Pixel 3 range of smartphones, Google is seemingly preparing to launch a new suite of home entertainment devices. As a new leak has come to us from Reddit, indicating that Google is planning to launch a new Smart TV Kit bundle. The contents of the kit, however, are nothing new as the bundle will allegedly include a Chromecast and a Google Home Mini smart speaker.

Google is likely targeting buyers who don’t own either of the two devices, as the company attempts to further bolster its products in the smart home ecosystem. The smart kit tv bundle will likely be designed for first time buyers who can enjoy benefits of smart assistants. For instance, it will allow users to control their TV using their voice instead of a remote.

The bundle is expected to include the new third-gen Chromecast that was leaked recently. That said, the leak also suggests that Google Home mini is not getting a refresh, the package shows last year’s model.

There’s no word on the pricing of Google’s new Smart TV kit at the moment. Though it’s also worth noting that the company was already selling the same bundle on Walmart for roughly $75 (INR 5,500 approx.), however, it didn’t have an official name. Now, it appears the company will give the bundle an official name with ‘Google Smart TV Kit’.

Google is expected to launch the new Pixel 3 range at an event on October 9. Hence. we don’t have to wait long to see what the company has in store for this year’s Pixel event. We’ll update you as soon as we hear anything new. Until then, keep checking back for more.