California based Google Inc. [NASDAQ:GOOG] is planning an initiative of an experimental marketplace to buy US patents from Inventors. The premise behind this initiative from the search giant is to prevent the Patent holders from abuse of patent trolls. The Patents program would be opened from May 8 to May 22. If Google’s team and the seller agree for a common price, Google will offer to buy the patent. 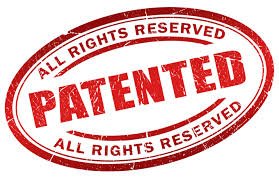 The Patent Purchase Promotion announced by Google aims to remove the problem of Patent Trolls. Patent trolls are organizations who don’t own patents. But these organizations would sue innovative products coming to market on basis of infringements of patents they may hold. As the legislative and judiciary costs are high, usually parties settle for out of the court settlement. This practice leaves a lot of bad blood in mouth of innovators who might be squeezed on technicalities of legal gibberish.

Google aims to use this program to safeguard innovators who are interested in only research and are willing to offer their patents for a price and leave it up to Google for execution of their patent. Google has released this program on their website. The program has a timetable wherein Google has announced that they will consider submission of all patents from May 8 to May 22. Up to 26th June Google will decide that the Patent has been shortlisted for the second stage.

By 8th July Google aims to finalize on the intent to purchase, agreement to sell, banking and tax related information. By 22nd July Google will finalize the Patent agreement execution. Payments would be made by End of August.

Google’s Deputy General counsel for patents, Allen Lo writes in a blog post “We’re always looking at ways that can help improve the patent landscape and make the patent system work better for everyone”

Google has also set up certain terms and conditions for the participants to offer their patents. A participant can offer only in patent per submission, if a participant has more than one patent to offer he will have to make a second entry. The Program is open only for US Patents and is aimed largely for US entities who are tax registered in US.

The Patents which are purchased by Google will join the Google Family of Patents. Google already owns a large portfolio of patents with it. Google may license this Patent once the ownership is transferred. An inventor may license back its patent from Google if they want so.

Google has listed very clear cut FAQs and procedure documents to follow to submit the application for patent purchase. Google also urge the potential sellers to consult an attorney before setting up the process.

Google is a vociferous opposer of Patent Trolls and has joined a number of initiatives to limit the Patent Trolls. Google and the other Patent Troll fighters aim to nullify the litigations and Patent claims of bogus patent holders.