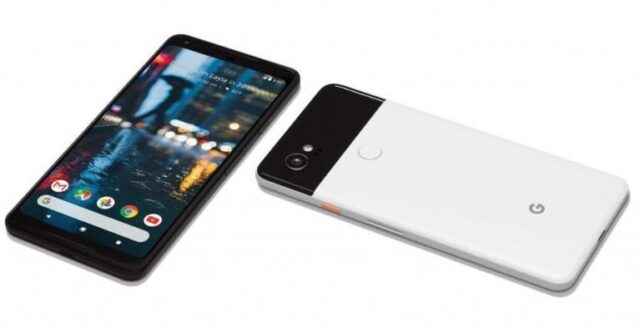 The time was right, Google launched its flagship smartphones – Pixel 2 and Pixel 2 XL just a month ago to compete with Cupertino giant’s mighty iPhones. The company talked so much about the camera and display of the phone at the event and said that the cameras are one of the best on any smartphone. While the hype before and after the launch was real, problems started flowing in just as the company started to sell the phones. The Pixel 2 has nothing special as it comes with a regular design and has a plasticky feel because Google covered the aluminum body with paint (why on the earth you’ll do that?).

It’s just been a month and users around the world are reporting a number of serious issues they are facing with the Google Pixel 2 and 2 XL.

The First Encounter: It was on October 22nd when reviewers have started reporting about the screen burn-in issue. Now for those who aren’t aware, screen-burn-in is something very common with OLED panels over the period. They just start to produce grey color hue. But the real question is, after how many months and years the burn-in starts showing up, but with the Pixel 2 XL it was just in a matter of a week that most users have started noticing the screen burn-in. This is something that Google should have taken care during the production quality control stage but seems to have failed.

For the screen burn-in though, Google in a blog post has explained that it will roll out a software update to minimize the burn-in issue, but at this point in time, we are too skeptical on that. Another letdown with the display is the blueish hue while tilting the phone slightly. This is clearly noticeable when using the phone with a white background. This is something hardware related and no software update can fix. For this exact reason, Google might be completely ignored to comment on the same.

The Second meeting: As when we started moving past the Screen burn-in, yet another issue pops out, few users on the Google Pixel community and others have reported that the colors are too soft and there aren’t punchy as one would expect. This, however, is a genuine concern, because most users like the display to show punchy and saturated colors. Again Google and addressed the issue stating that the OLED panel on the Pixel 2 XL is aimed at producing natural and accurate colors. The company went to say that the Android 8.0 Oreo takes advantage of the color space to produce natural and more accurate images the way they are intended to be.

To address the issue, Google said that it would roll out the update which will add a new mode to saturate colors in addition to the already available vivid mode in coming weeks.

Third Time’s a Charm: Few users again on the same Pixel community have reported that the Pixel 2 XL produces high pitch frequency sound and clicking sometimes when the screen is on or while talking on the phone. To which Google again said that it would roll out an update to fix the problem in the coming weeks. Though this is a small issue, the biggest blow to Google comes in the form of Camera’s video recording capabilities.

Some Pixel 2 owners have reported unresponsive microphones during calls or while using voice assistant. With Google promoting the camera, these kind of issues are really disappointing to see, and a brand like Google has done it wrong this time with the Pixel 2 series.

The Fifth one shows the poor quality of material used: As you can see in the image clearly, the certification & licensing details that are printed on the lower back of the phone has started to fade away already. Just look at the image!

I don’t remember if that has happened with any other phone I have ever used even after months and years of day-to-day usage. This is just plain poor to see!

Popular YouTuber, JerryRigEverything has exposed the poor quality of Google Pixel 2 devices. One of the major problems is that the Pixel 2 has a potential bendgate situation as Google has fitted an antenna band at the weakest part of the phone. Check out the video now!

Some users even have reported a strange screen flashing which happens when you lock or unlock the phone. Google has acknowledged the issue and is offering RMAs (refunds or replacements) to customers facing the problem, 9to5Google reports. As of now, it is still unclear whether this is a hardware related issue and whether a majority of Pixel 2 XL owners have been facing the issue. Check out the video below:

In the End, problems for the Google with Pixel 2 and Pixel 2 XL seems to have not stopping as every passing day we now are noticing some of the other issues seeing the light in the day and Google is to be blamed for such an immature approach. Even, guys at AndroidAuthority has written a detailed article on how to you can possibly try to fix the few major issues out of the long list which keeps on increasing as day are passing.

With an asking price of Rs. 71,000, the Pixel 2 XL is a host of problems with so many critical flaws, we are not really sure if we can suggest the Google’s latest offering over others. For almost Rs. 5,000 less, the Samsung Galaxy Note 8 looks like a better option if you are fine with the non-stock Android interface. With the OnePlus 5T launching soon, you even have a cheaper alternative to consider.