The Gionee P7 is yet another entry level offering in the over crowded budget segment. Priced at Rs.9290, the smartphone packs a decent set of specifications such as a 1.3Ghz quad-core processor, 2GB of RAM, along with a slew of connectivity features. But can it leave a mark in the highly competitive budget category of smartphones? More importantly, is the Gionee P7 a worthy buying option? Let’s find out in our review. 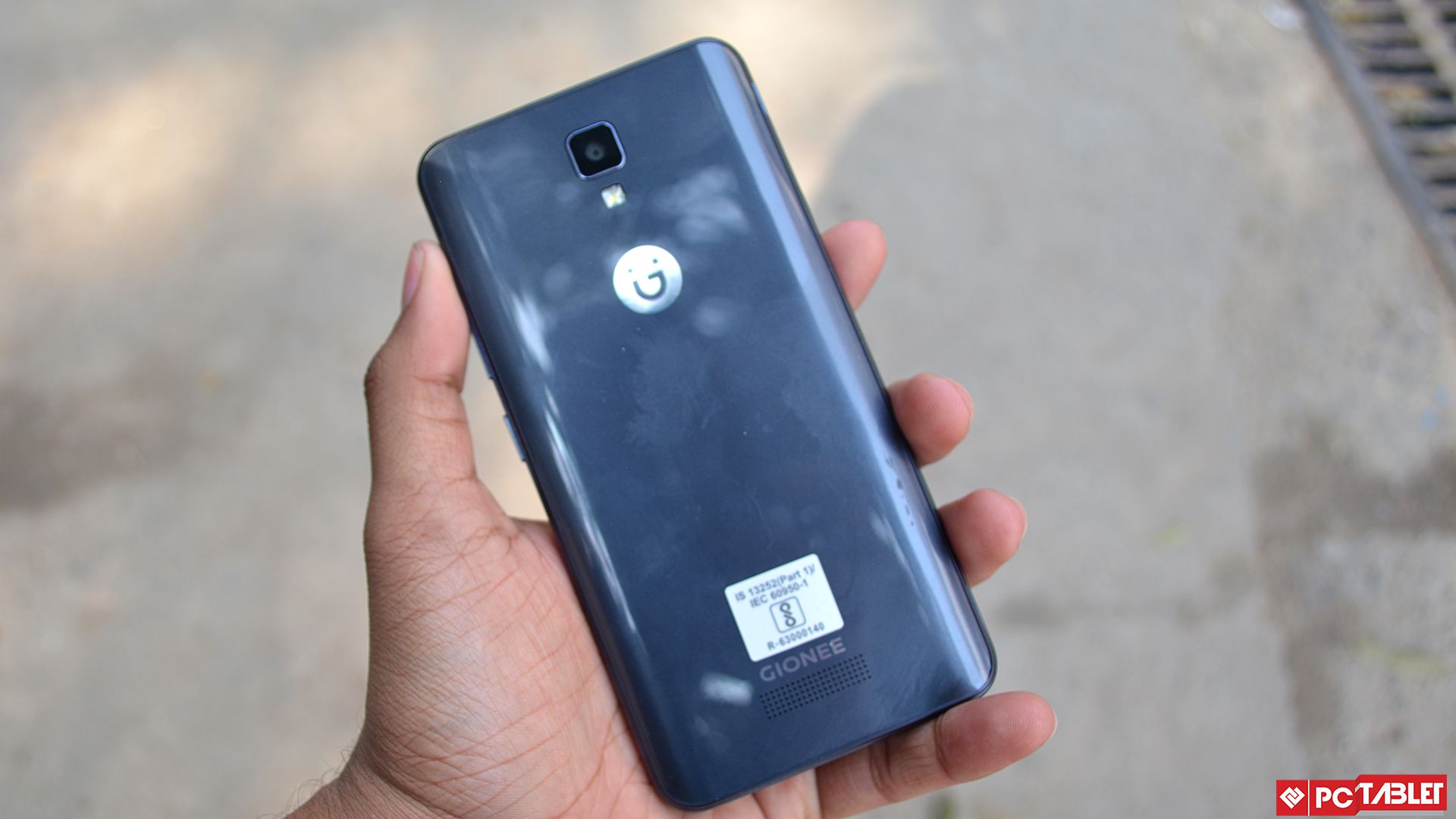 The smartphone sports a glittery, glass back giving it a rather premium look and feel. It’s well built and feels nice in the palm of your hand. The subtly curved edges and the slightly rounded back add to the overall appearance, and also offer a very good grip for one-handed usage. That said, the phone’s shiny, glossy back is rather prone to smudges and scratches. So you’ll have to ensure the phone’s back lies on a clean flat surface so as to avoid getting it smudged or scratched.

Overall, the Gionee P7’s build quality and design aesthetics do not disappoint. Its certainly got some swagger with what the company calls ‘a glittery, glossy body’. But then again, there’s a hint of cost cutting as the back is made out of plastic. If you’re looking for a metal unibody in the price range, then its better you look elsewhere,

The smartphone comes with 5-inch 720p IPS display with SodaLime protection. Colors on the phone’s display look natural and vibrant while viewing angles are pretty satisfactory as well. Even brightness levels are enough to handle bright outdoor conditions. That said, many other similarly priced budget phones come with a Full HD display, which is kind if a let down with Gionee P7’s 720p screen. 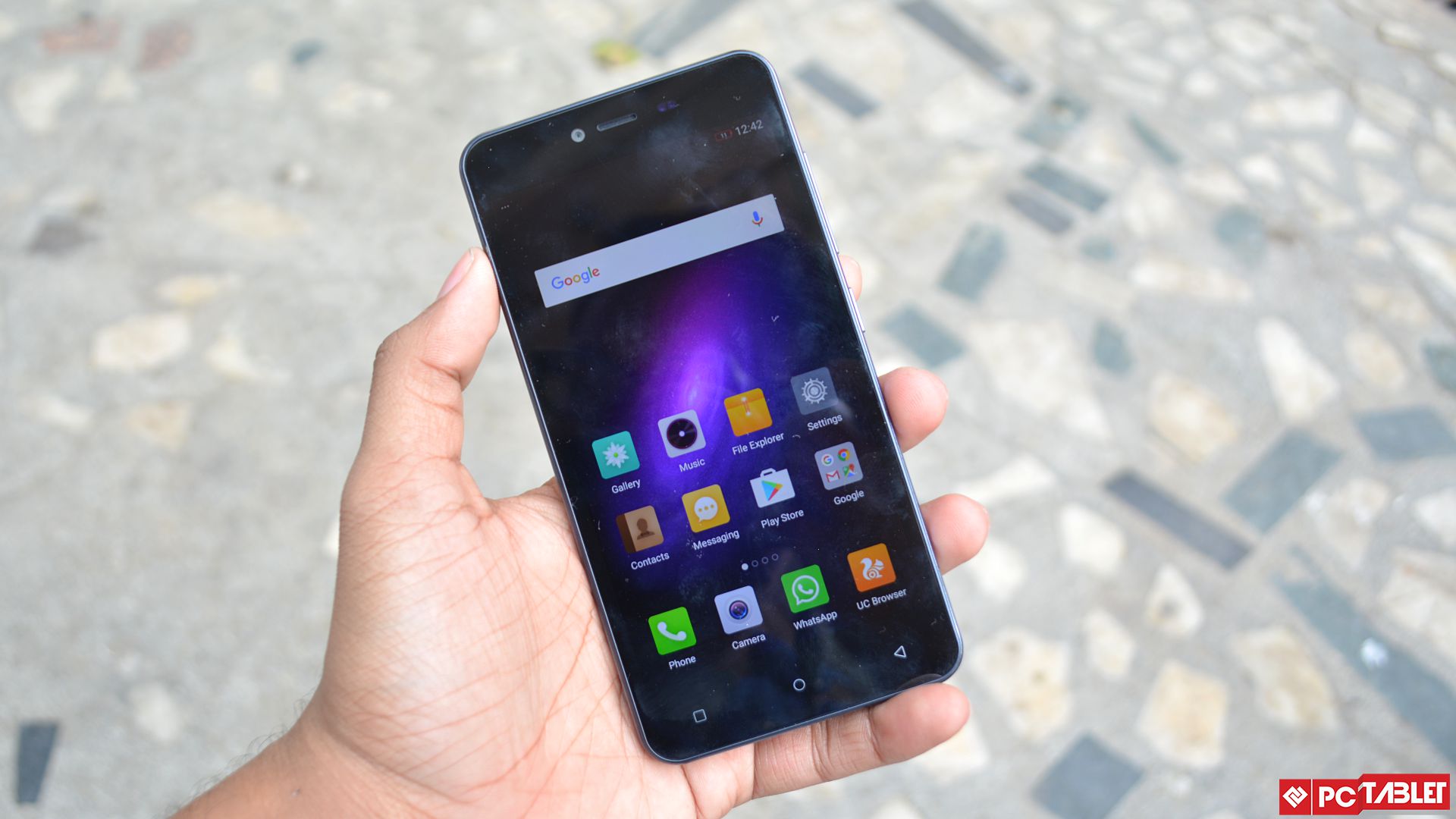 Powering the Gionee P7 is a 1.3Ghz MediaTek Quad-core processor bundled with 3GB of RAM. In terms of performance, the phone is well equipped to handle tasks such web browsing and multiple app switching. Apps open quickly and the phone had no issues whatsoever while multitasking. Performance, for the most part, is free of any lags or glitches. 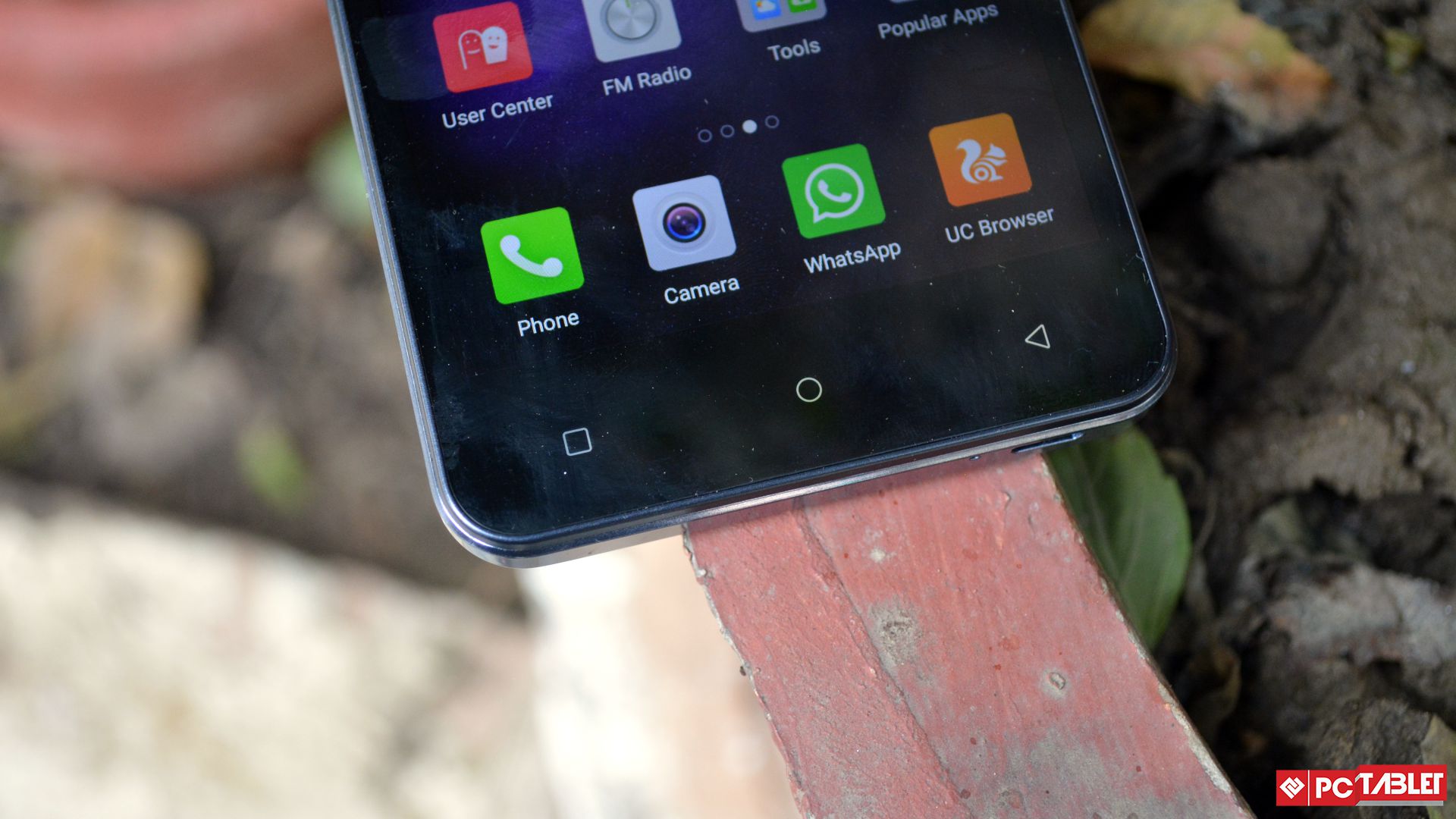 Besides, the smartphone can even run games such Asphalt Nitro without any noticeable lags or stutters. Despite the low-clocked 1.3Ghz MediaTek processor, I didn’t come across any visible pauses or lags during gameplay. However, I did notice a slight delay on the game’s loading screen but faced no such issues during actual gameplay.

In our synthetic benchmark tests, the Gionee P7 scored 33737 in Antutu. In GeekeBench 4, it pulled off single and multi-core scores of 569 and 1605 respectively.

As far as storage goes, the smartphone comes with 16GB of built-in storage further expandable to up to 128GB via microSD slot. Besides, it also supports OTG. Other connectivity features on the smartphone include 4G, 3G, HSPA, VoLTE, Wi-Fi, GPS, FM, and Bluetooth v4.0. Also, it comes with dual-SIM capabilities. 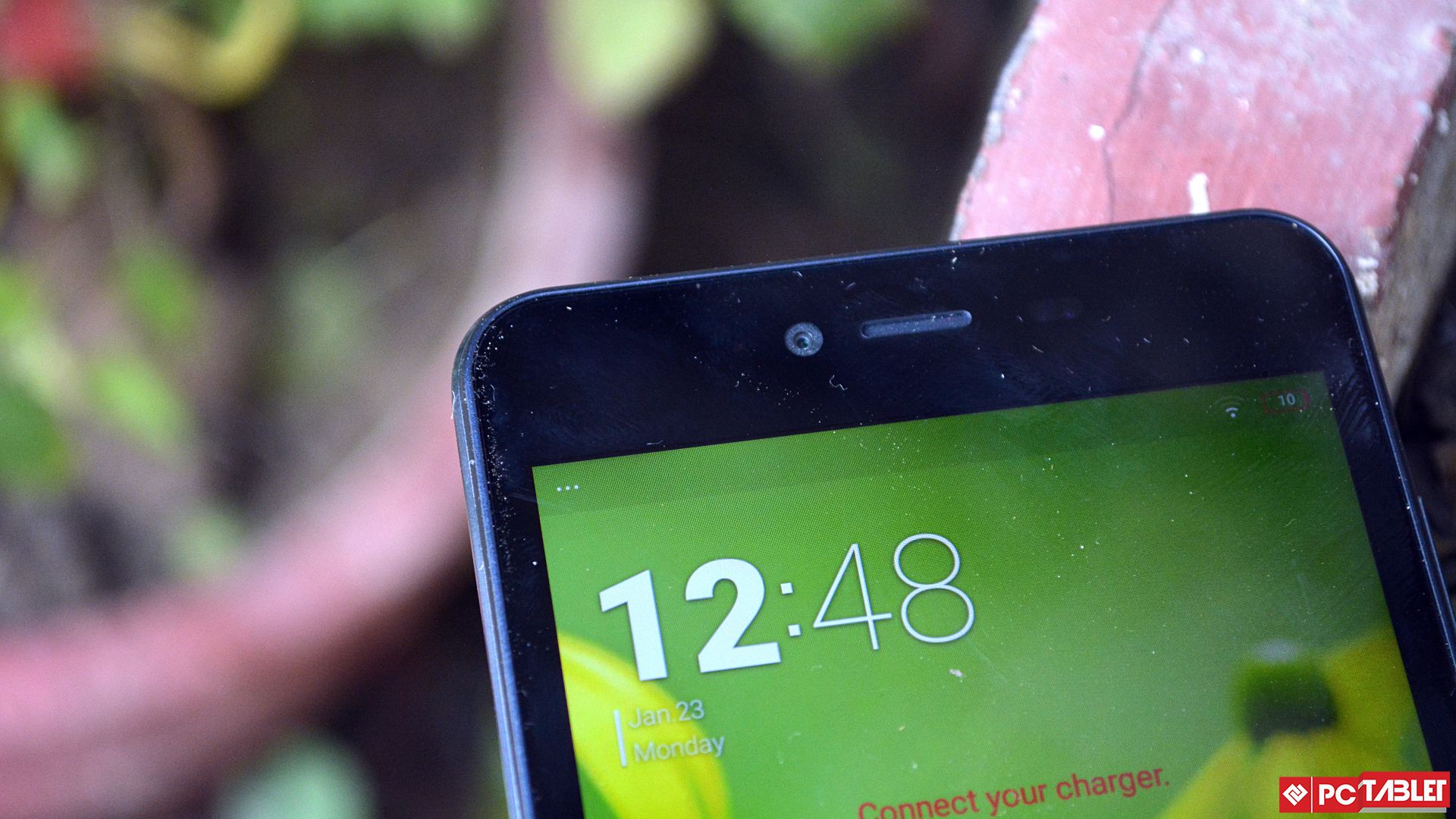 The Gionee P7 gets a 2300 mAh Li-ion battery which is rated to run through an entire day on full charge. The phone gave me around 3 hours of on screen time and lasted about 8 hours of heavy regular usage which involved gaming, streaming videos, web browsing, along with constantly checking Facebook, Twitter, and WhatsApp updates. For a normal user, the phone’s 2340 mAh battery can easily run an entire day once fully charged.

The Gionee P7 runs Android Marshmallow 6.0 with the company’s Amigo 3.2 UI. Just any other Chinese Android smartphone, you get an iOS style layout with all apps on the Home Screen. It lacks the traditional app drawer, and you’ve to swipe across the home screen to access all the apps. Swiping down from the top reveals the Notifications panel while swiping up from the bottom shows the Control Center. There are Smart Gesture controls to pause on an ongoing alarm, Double click to wake, Smart Bright screen, and more.

Overall, the UI feels snappy and responsive but does lack the look and feel of the classic Android interface. 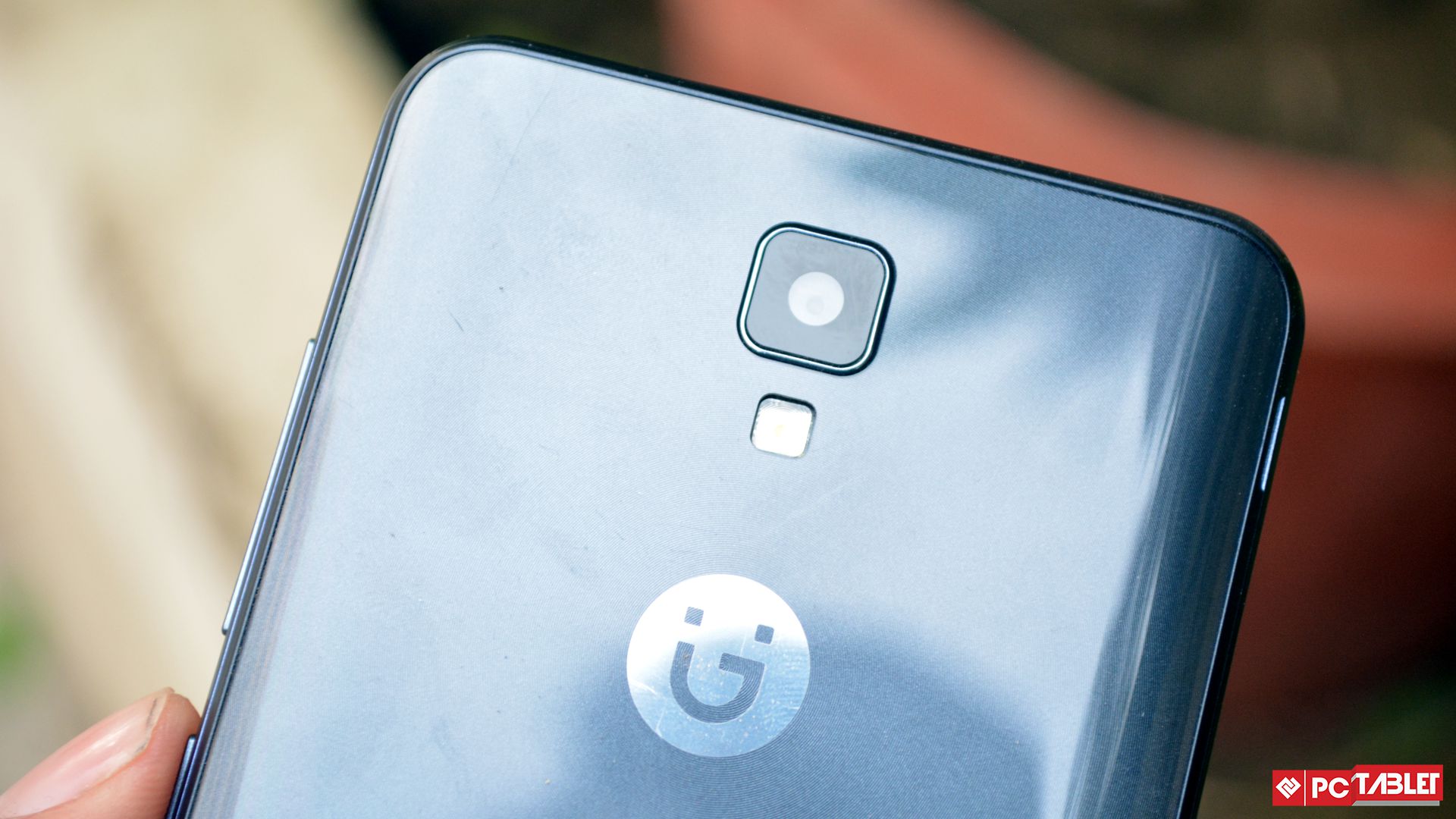 The Gionee P7 sports an 8MP and 5MP rear and front-facing camera. The phone’s primary 8MP camera can produce just about OK shots, though nothing impressive. Shots taken in well-lit conditions do look decent, though appear a tad washed out. Saturation and contrast levels aren’t just up to the mark as images taken aren’t as crisp and sharp. Low-light performance isn’t that great either as noise levels start creeping in.

That said, its 5MP front-facing shooter captures a good amount of details, something that you won’t mind sharing on Facebook or Instagram. Besides, the camera app packs a neat Pro mode which gives access to tweak ISO Settings, Manual Focus, Auto-Focus, and more. 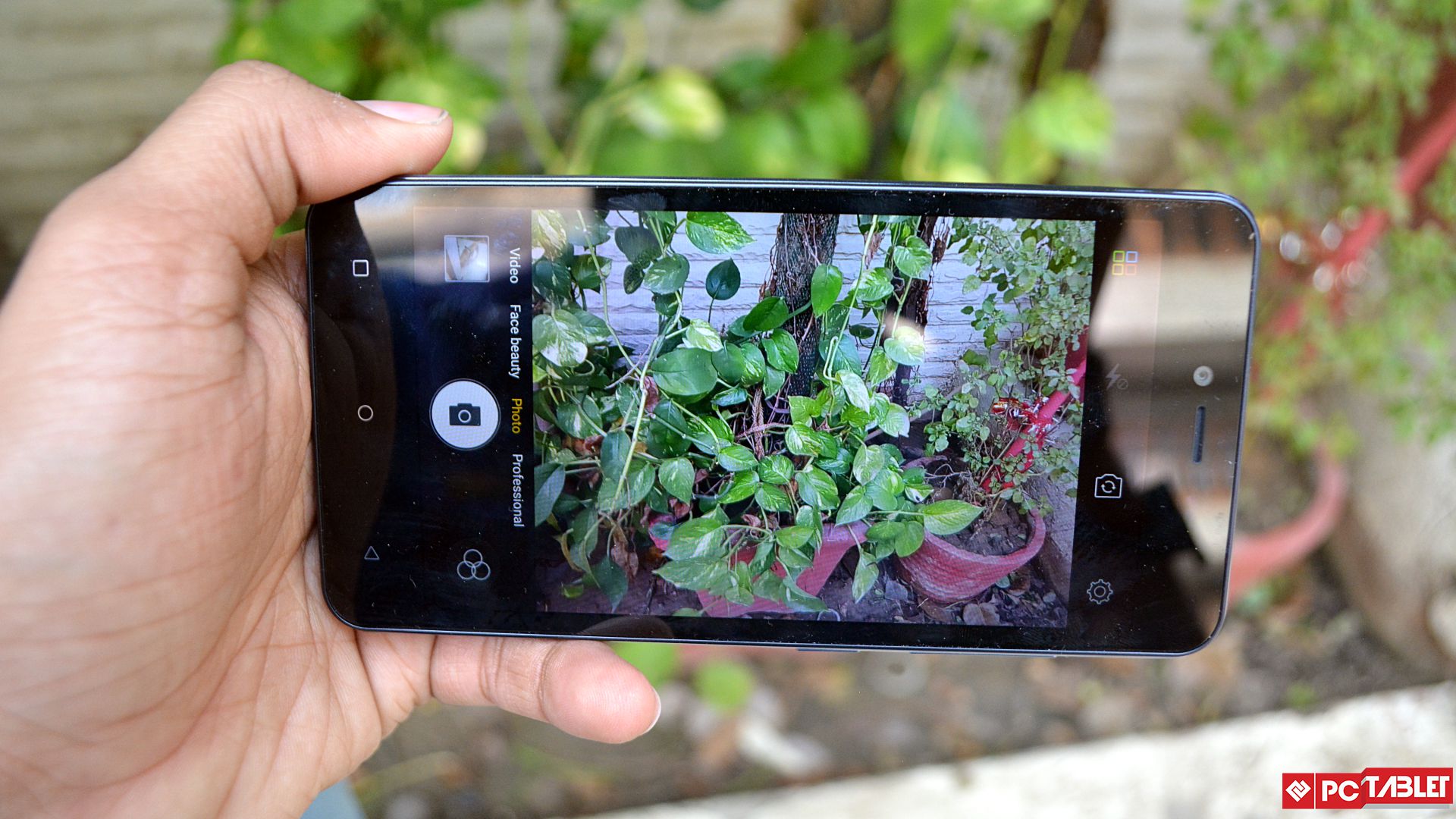 Well, here we have another sub Rs. 10,000 smartphone that looks premium and stylish, offers a decent overall performance, and also offers solid storage with 128GB microSD expandability along with USB OTG support.

So what wrong? The Gionee P7 lacks a Full HD display; the processor is clocked at just 1.6GHz, while its camera performance is nothing home to write about either. Neither does it boast a fingerprint sensor, which is fast becoming a standard in budget smartphones.

Put simply; there are far more powerful alternatives available for the Indian buyer at a similar price point. The likes of Coolpad Note 5, the Redmi 3S Prime, Honor 5c, and others offer a lot more value for the money. They pack more powerful innards, a Full HD display, and some of them even sport a metallic body.