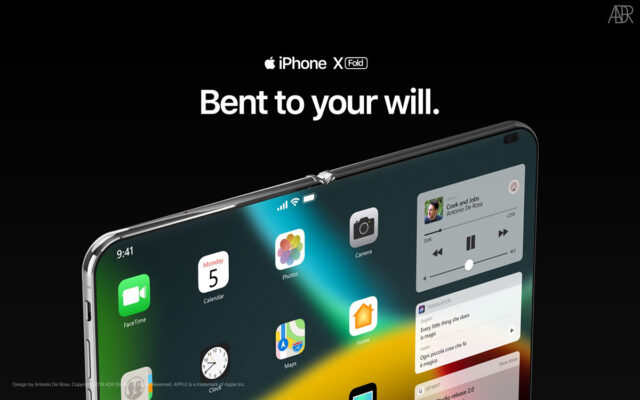 Apple has long been rumoured to be working on a foldable iPhone though it seems there finally is some progress on that front. According to info coming in from the supply chain network, Apple has tasked Hon Hai and New Nikko to put together the prototype devices for internal testing purposes.

Among the things Apple would be really keen to evaluate is the display and the bearing to ensure things are perfect before launch. There have earlier been reports courtesy of Jon Prosser about the foldable iPhone not being in the same league as that the Samsung Galaxy Z Fold 2 in that there isn’t a foldable screen as such.

Instead, there are in reality two independent displays held together by a hinge in the middle. However, the hinge design is going to be such that one will have the perception of a single continuous display being at work. That no doubt will require some really smart engineering skills to make two displays seem like one when unfolded. Meanwhile, Jon further said the notch will be done away with on the inside as it is the outer display that will be housing Face ID.

The current prototype has two separate display panels on a hinge.

Also, Apple is touted to be testing both OLED and micro-LED technology for the display. Samsung, however, is going to be the primary supplier of the display though the assembly process is going to be markedly different depending on the display types used on the final product. According to what is known so far, Shin Nikko would be supplying the components for the foldable iPhone while Hon Hai would do the final assembly work.

Worth mentioning, the foldable phone design adopted by Apple isn’t entirely a new development as we have already seen Microsoft implementing the same for its Surface Duo. In any case, LG is the pioneer in this field, having first introduced such foldable displays for its G8X device.

However, it is unlikely Apple will offer a detachable form factor where the main phone unit can be removed from the case and used as an independent phone as it is with the LG G8 ThinQ. In fact, rumour also has it that Apple might even discontinue the iPad Mini post the launch of the foldable iPhone as the same in its unfolded state will resemble a mini tablet.

That said, it isn’t likely for the foldable iPhone to be a reality before at least September 2022.