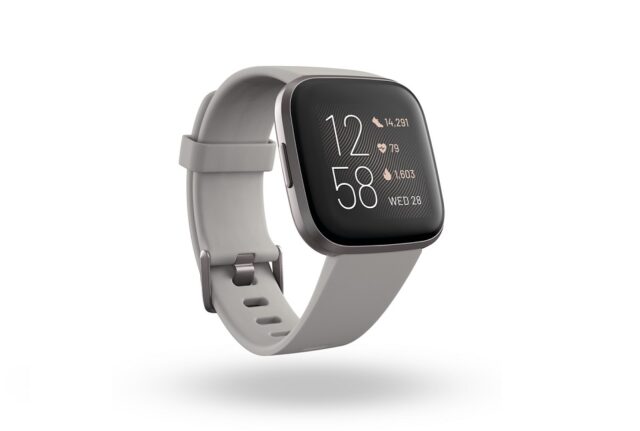 The Fitbit Versa 2 gets a slew of upgrades over its earlier model. For instance, it gets a more powerful processor, which means apps and data will load much faster. Besides, it is claimed to offer over six days of battery life.

Elsewhere, the Versa 2 gets a sleek new waterproof design, along with new sleep features such as ‘sleep score,’ which essentially tells a user how well he slept. It also gets an on-device microphone.

The Fitbit Versa 2 also gets a brighter, crisper AMOLED display with an optional ‘Always On’ mode. Other notable features include water resistance up to 50 meters, 15+ exercising routines, 24/7 heart-rate tracking, and on-device workouts.

It’ll come in three color options. These include a black color with a carbon case, a stone color with a mist grey case, and a petal color variant with a copper rose aluminum case. Not to mention, the company has also launched the Fitbit Versa 2 Special Edition in India, priced at Rs. 22,999. It is available in Navy and Pink with a Copper Rose aluminum case, as well as Smoke with a Mist Grey case.

Alongside the new Fitbit Versa 2 smartwatches, the company also announced launched its fitness subscription service called Fitbit Premium. It is available for INR 819 per month or INR 6999 per year. The Versa 2 smartwatch will support Fitbit Premium service, which essentially gives users more information about their health trends. The service will be available in English in 17 countries via the Fitbit app.