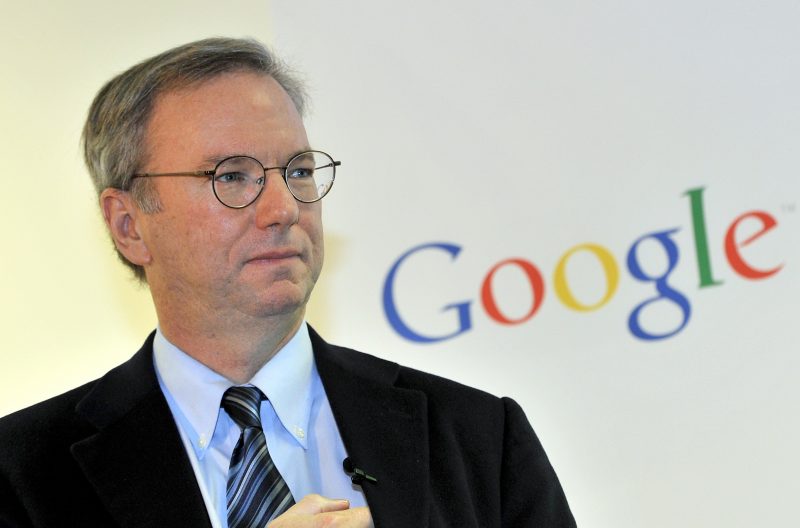 Alphabet Inc. (NASDAQ: GOOG) Chairman and former Google CEO Eric Schmidt is appointed by The Pentagon to help itself get better at using and understanding the technology. The new group at Pentagon has been named as the Defense Innovation Advisory Board that includes 12-panel members from the private and public sectors handpicked by Schmidt according to their experience and expertise.

Defense Secretary Ash Carter and Schmidt unveiled the New Defense Innovation Advisory Board during the annual RSA cyber security conference that was held in San Francisco.

Schmidt assured that the new board would bridge a breakthrough between tech company’s important ideas and the US military. He also noted that the group’s mission is to implement upcoming technologies with the aim of resolving emerging problems.

While speaking at the conference, Cater pointed out that the department wants to spend $72 billion is research and development across hypersonic weapons, robotics, and undersea drone platform.

Bloomberg notes that the department also wants to spend approximately $35 billion over the next year on cyber security alone. $14 billion of cybersecurity budget will fund offensive operation against the country’s military and adversaries in space.

Carter’s initiative to the formation of the board is his latest efforts of introducing innovation to the US military by siding with technology companies. He has already visited the Silicon Valley three times since he ran for office about a year ago.

He is also on a goodwill tour of Washington State and California with the aim of augmenting the steps he took last year when he established Defense Innovation Unit-Experimental in Mountain View, California

Pentagon noted that the board would use what they learned at the Silicon Valley and apply it to new panels including the computational process of product development, prototypes, analyzing data among others.

A senior defense officer noted that the minister is always trying to keep the department thinking fresh by introducing new ideas and new voices when he identify as being time to do that.

Pentagon is also introducing the ‘Hack the Pentagon’ a federal government bugs bounty initiative which will kick off in April. The aim of the initiative is to show who hackers can infiltrate the building’s network