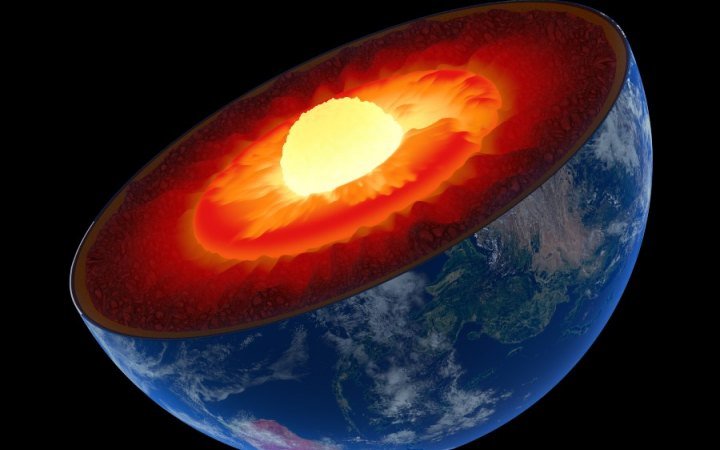 Earth’s core is made up of Iron and nickel, but there is a third element which has eluded identification till now. However, now scientists have been able to identify the third and elusive element as silicon. Researchers have identified silicon as the missing element deep in the core of the planet.

The core of the Earth is believed to be made of mainly Iron and Nickel. It was known for long that iron –nickel core under the core pressure is denser than the core. This made a possibility of the core having some lighter elements like Silicon Oxygen or Sulfur. The presence of this solid core which is entirely different from the liquid outer layer was first discovered by scientists after studying seismic waves which were being deflected by the solid core in the centre.

Silicon made up a significant proportion of the inner core of the Earth besides Iron and Nickel. This could be understood better by going back into the creation of Earth. It study scientists affiliated to the Tohoku University in Japan recreated the pressure and temperatures found in the core of Earth. They concluded that 5% of the Earth’s core was composed of silicon which is dissolved in the iron-nickel alloys.

The core of Earth is believed to be some 2400 kilometres in diameter.  This depth is not possible to be drilled. Scientists have been able to drill at the most 20 kilometres into the crust. So a scientist studies the seismic waves which passed through different layers of the Earth. These seismic waves of varying intensity are produced during major earthquakes and are detected by thousand of seismometers around the world.

The core is composed 85 % by weight of Iron while nickel accounted for 10% of the core. This still left some 5% of the core unaccounted for. There were was possibility of the 5% being composed of Silicon, Oxygen or Sulfur. The researchers finally found that the 5% consisted of Silicon dissolved in the Iron and nickel.