The festive season is right around the corner and so is the time when Delhi NCR has the maximum pollution levels. People finally have become aware of the hazards of smog and air-borne particulates and we have been seeing steady growth in the Air purifier sales especially around the Diwali season.

Many manufacturers have started updating their latest Air Purifier lineup and among them is Dyson. Dyson just entered the Indian market a few months back with a bunch of products, the Dyson Pure Cool Air Purifier is one of them.

Pure Cool air purifiers are available in two variants, the Pure Cool Desk and there’s one for homes called the Pure Cool Tower. We got our hands on the bigger Cool Tower which is priced at INR 43,900, upon testing it thoroughly, here is what we found out!

The Pure Cool tower certainly has a very different and eye-catching design that oozes luxury. While most purifiers in the market have a plain rectangular, kind of a boxy design, this one is different. Both the Desk and Tower variant have the same set of features but the Desk variant has a smaller loop. 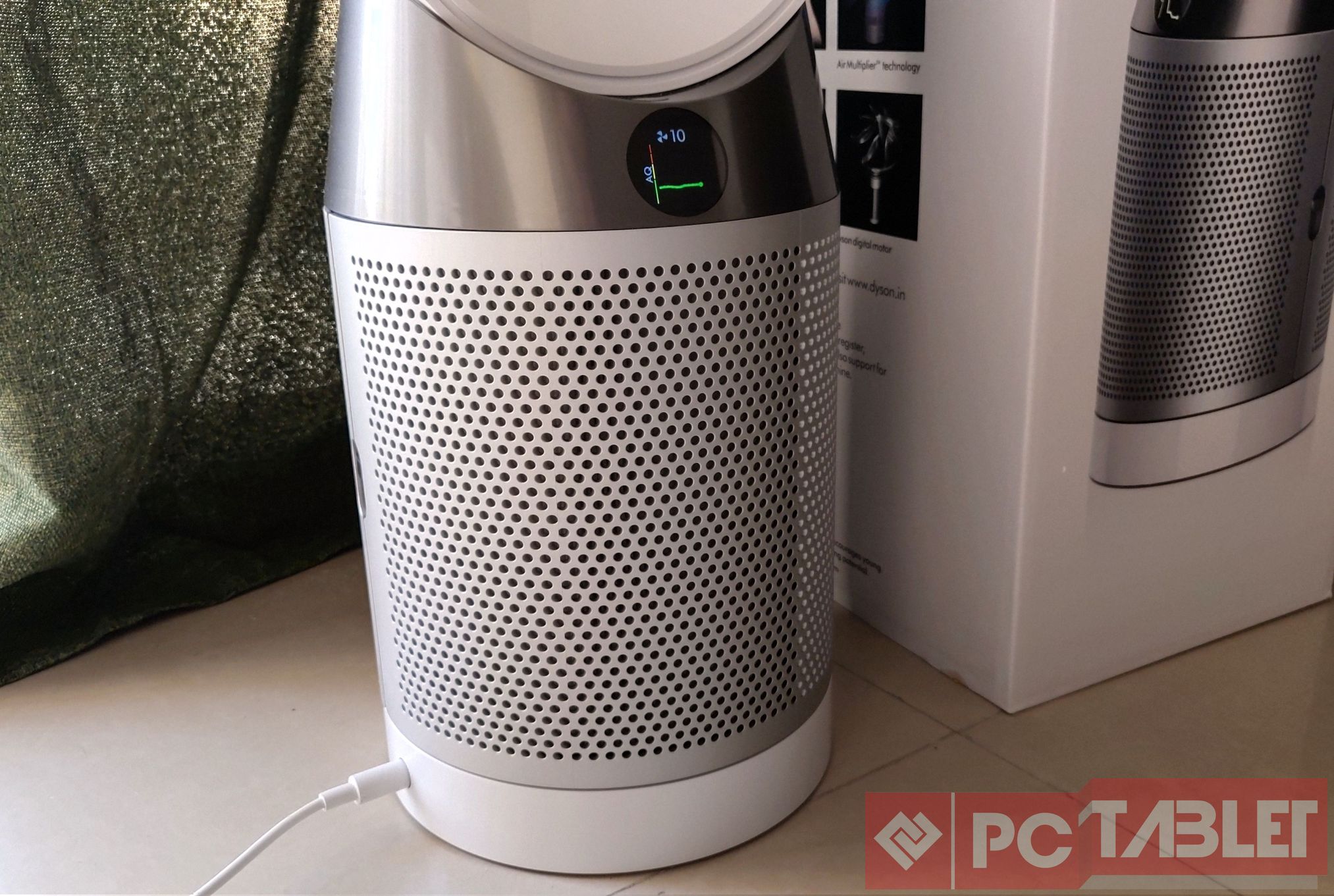 There is a cylindrical base which is covered in a mesh-like pattern and houses the motor and HEPA filters. Inside the base is a fan that uses the ‘Air Multiplication’ technology which was coined by Dyson, wherein the fan creates a low-pressure zone in order to suck a steady amount of air and blows it upwards towards the loop and out of it. This approach allows the Pure Cool to act as both an Air Purifier and a Fan. 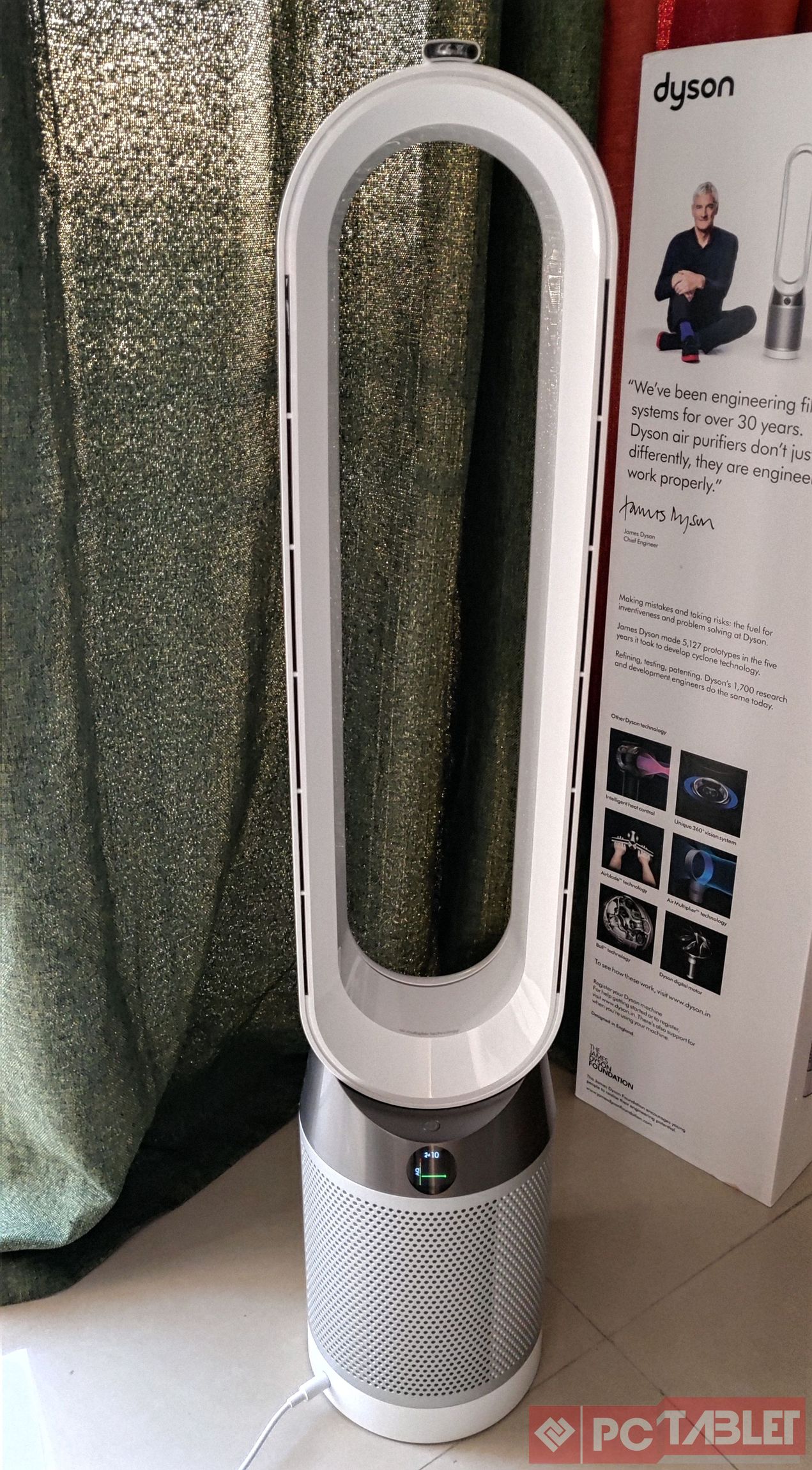 The build quality of the purifier is top notch and there are no complaints in this regard. Dyson has added a circular display on this updated model which shows the real-time quality of the air along with a host of other useful information like the Fan speed, Wi-Fi status etc. To ease on the user interaction there is an app as well which is available on both Android and iOS and an IR remote which has basic functionality.

The Pure Cool Air Purifier works just as expected. There is a ‘Glass-HEPA’ filter which is supposed to remove up to 99.95 percent particulate and odor including PM2.5, PM10, VOC, and NO2. The air purifier also doubles as a fan, which is why there is ‘Cool’ in its naming. There are plenty of useful features like an Auto mode that adjusts the intensity of the purifier to the detected pollution level, Night Mode which keeps the fan speed low in order to curb on the fan sound and Sleep Mode. 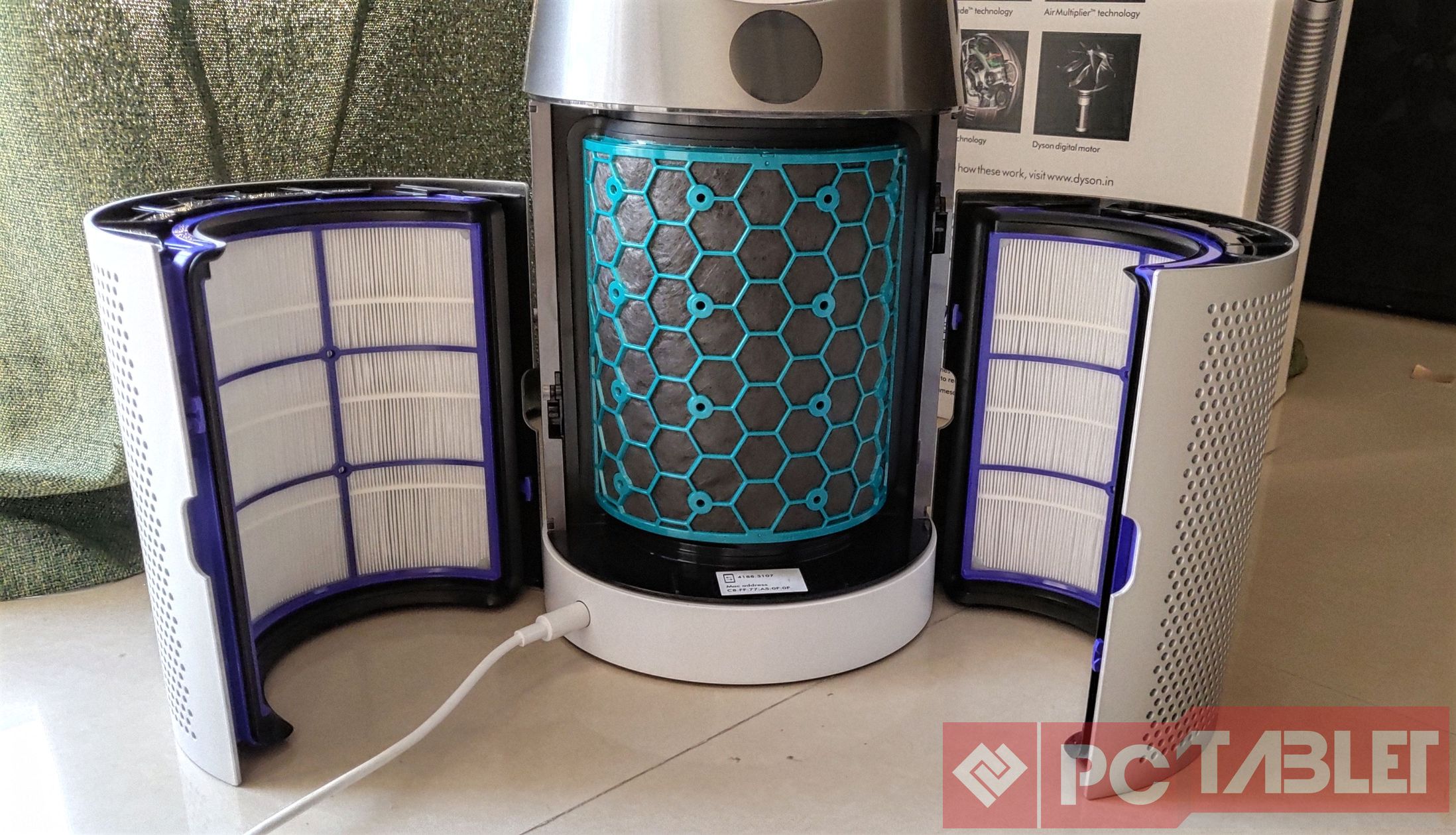 Being an IoT device, the Purifier can be controlled using an app. The app is available on both Android and iOS platforms. The app gives you detailed information about the air quality, the fan speeds and a map of the area that has been cleaned. 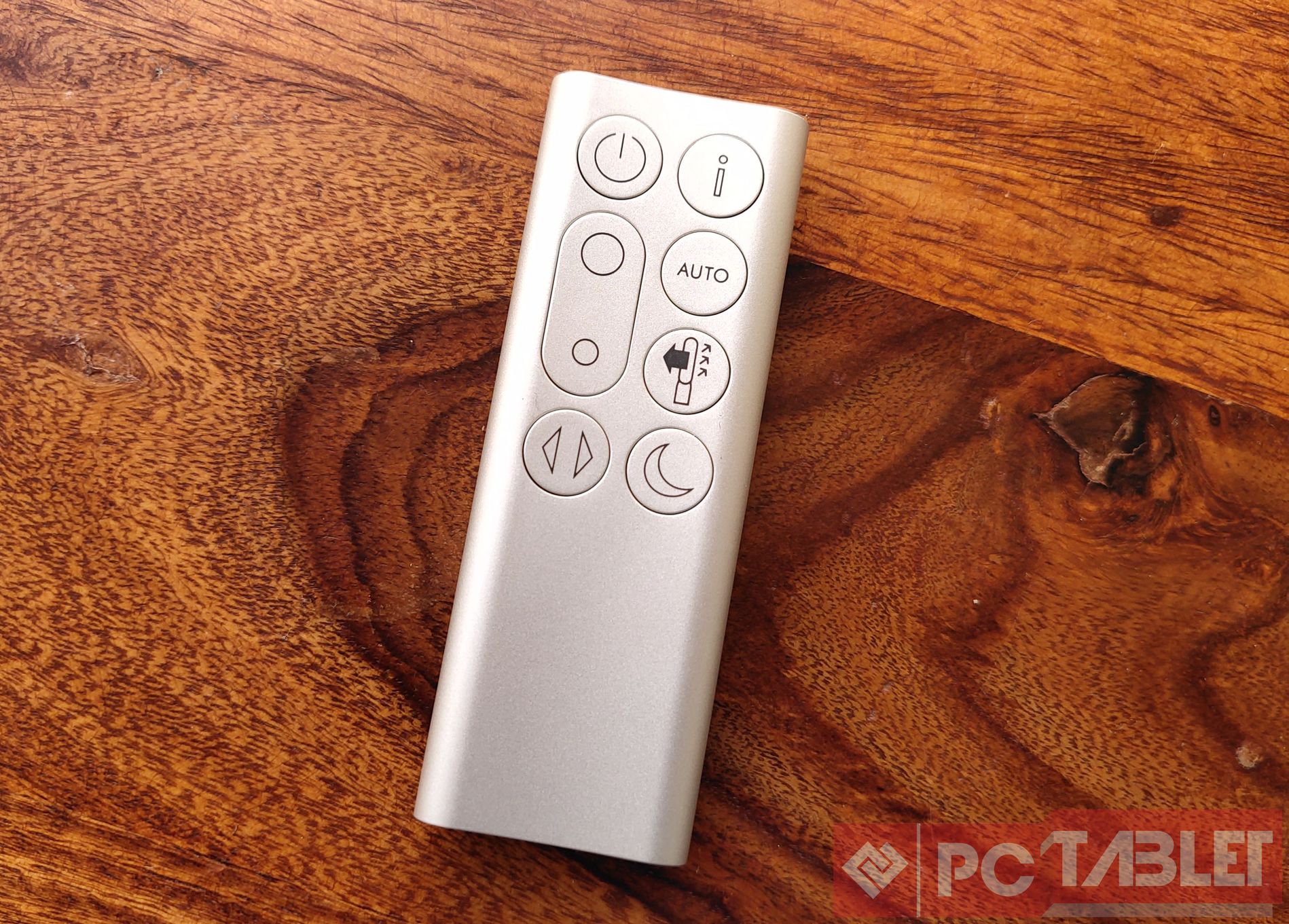 Apart from the app, you also get a remote with the basic functionality for people looking towards an old school method of interaction. For Amazon Echo users there is a skill on the Alexa store using which you can control most of the functions just by your voice, which is very nifty.

The Dyson Air Cool with its cylindrical base provides a 360-degree coverage. The loop also has the ability to oscillate which is plus. We could get hold of the actual CADR of the purifier but got a good idea about the coverage area and other metrics while conducting our tests. We used the purifier in a 200 sq. ft room with the AQI reading at 120. The purifier took close to 40 mins to bring down the AQI to 40. Dyson Air Cool was able to curb down on the odor within minutes. 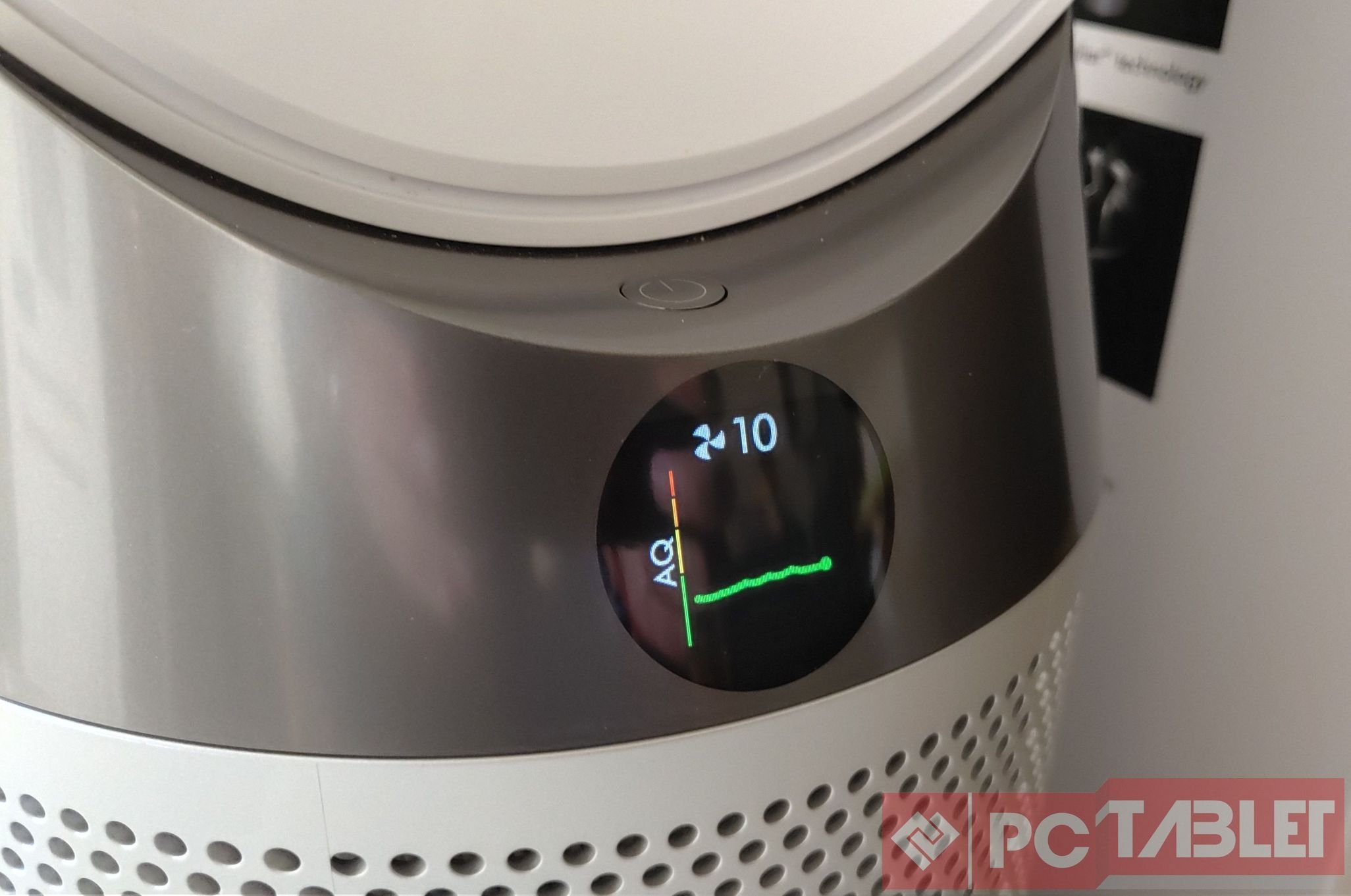 The filter removal process is easy but you won’t be in a need to change it for a minimum of 6 months. During our usage period, we noticed a thick layer of dust and particulate matter on the filter, giving a clear indication of how well the purifier was working.

The newer Pure Cool Air Purifier is energy efficient as well and has a power consumption rating of 40W, which means that the purifier will consume close to a unit of energy if it is used for a whole day. 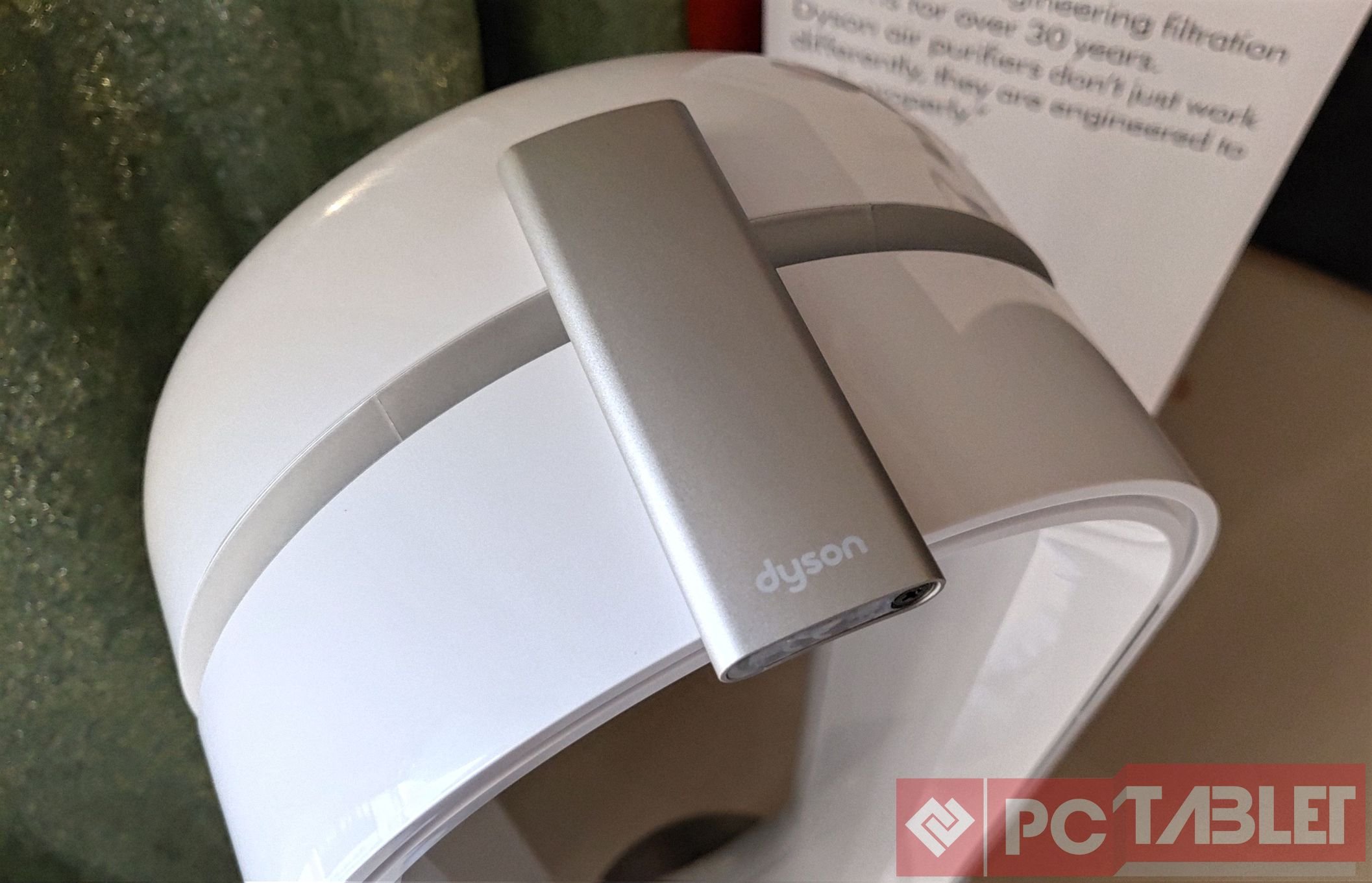 The Dyson Pure Cool is hands down the best-designed product we have in this category. The ease of use, IoT features make it a very sweet deal. In terms of the pricing, we feel that it is a little off but in the end, this product is being targeted towards high-end users. Now with the cost of the INR 2,490 for the replacement filter, which will probably be replaced in about 5-6 months especially for users in the Delhi NCR adds up significantly to the overall value.

In the end, this product is for users looking for not just a plain piece of a machine but something that can be adjusted easily with the Décor. For users looking for a budget air purifier, look towards the Mi Air Purifier 2S, Philips AC 1215 or Kent Apls Plus.