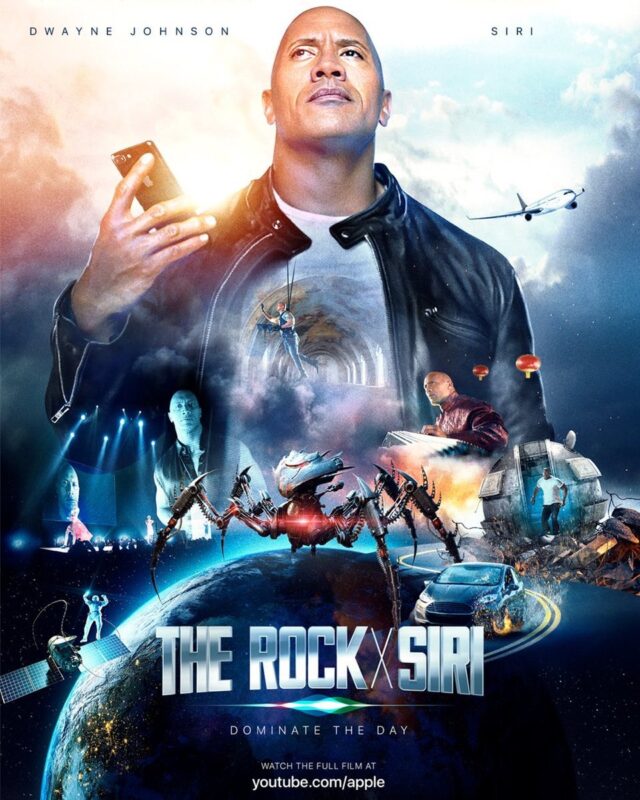 Dwayne Johnson and Apple have teamed up for fun new commercial starring Siri as the Co-star. The video is titled as “The Rock x Siri Dominate the Day,” and is an advertisement for Apple Siri or the promotional campaign which the company did in the past with Taylor Swift and Apple Music last year.

The video length is 3:45 minutes, and it depicts, the Rock proving that he a Rock star in America, with Siri sorting him a Lyft ride. Further, the movie depicts the many situations where Siri helps Rock in many scenarios like telling him reminders, suggesting routes while driving a car, piloting a plane to Rome and doing a little renovation work at the Sistine Chapel.

The video depicts the capabilities of Siri and how it can be a user’s best buddy. For me, it’s just a promotional strategy of the Apple and an advertising stunt for the Hollywood Star Rock. Both are currently the most popular in the United States.

20 hours ago
There are no comments yet No comments