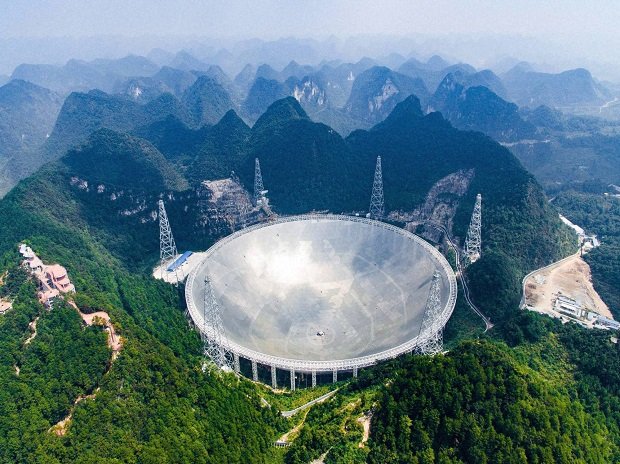 China will be setting a gravitational wave telescope in Tibet, close to the LAC with India. The telescope which is being developed at the cost of $18.8 million to detect the faintest echoes which are reverberating across the cosmos and will reveal a lot about the Big Bang theory.

Gravitational –Wave is an emerging branch of astronomy and envisages using the gravitational waves which are actually tiny aberration in the fabric of space and time, first predicted by Einstein’s famous general relativity theory, to know the principles behind the working of neutron stars, black holes, conditions in the immediate aftermath of the Big Bang, supernova etc.

Gravitational wave Observatory is designed in a way to detect these tiny aberrations of space and time which are caused by accelerating masses. General Relativity had hypothesized the existence of gravitational radiation and is an important feature in all theories of gravity. The gravitational wave detectors have been built since the early 60’s and today has reached a level of sensitivity that it can detect gravitational waves originating in sources in the Milky Way and they have become a primary tool of the gravitational; wave astronomy.

China is building the first telescope code named Ngari 1 some 30 kilometers south of Shiquanhe Town in Tibet. The telescope is located at the height of 5250 meters above sea level and will collect accurate data about the primeval gravitational waves and will become operational in 2021. The location is ideal for the telescope because of its clear skies and minimal human activities.

China is investing heavily in research, and last September constructed the world’s largest radio telescope in the mountains located in southwest China’s Guizhou Province. The radio telescope will help in the better understanding of the origin of the Universe and will also aid in the search for extraterrestrial life.