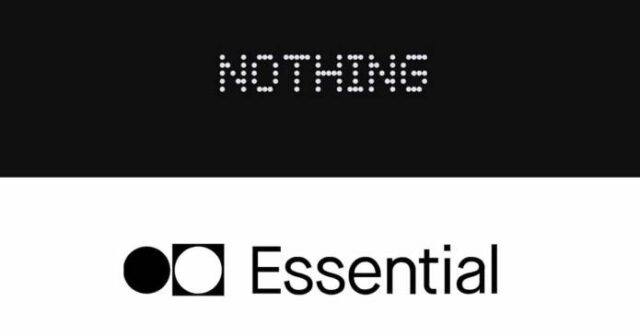 Remember Essential, the company that Android co-founder Andy Rubin had launched? Essential had launched a smartphone as well which was unique at the time by having zero-bezel at the top while the selfie cam was accommodated within a drop-down notch.

Unfortunately, the phone didn’t find enough takers, and Rubin too got entangled in a scandal. That was it but the company is back in the news again, this time for being acquired by Nothing, which again happens to be Carl Pei’s newest tech venture.

Nothing Technologies had earlier announced it has raised $15 million in Series A funding. The company though is yet to officially acknowledge the acquisition though some smart sleuthing by the guys at 9to5Google revealed filings to this effect at the UK Intellectual Property Office. The filing revealed Nothing submitted the application back on November 11, 2020, and that the process culminated by January 6, 2021.

Also, while Andy Rubin passed off the ownership of the company to Nothing technologies, which includes complete control over all trademarks and logos held by the former, it is not known yet if Nothing would be inheriting the patents held by Essential.

Now the acquisition of Essential by Nothing does make sense in that the latter is expected to provide a fillip to Carl Pei’s dream of launching a series of home automation products. Essential too was working on its own take on a Home Smart Hub as well as a speaker before it went kaput. There sure is a lot for Nothing to gain from Essential’s progress on these fronts, enough to warrant its acquisition.

What is expected next is a clear insight into what Nothing has in plan for us in the foreseeable future. A pair of wireless speakers is being rumored to be Nothing’s immediate area of interest and there sure will be a lot of leaks and rumors on this in the forthcoming months. Keep watching.