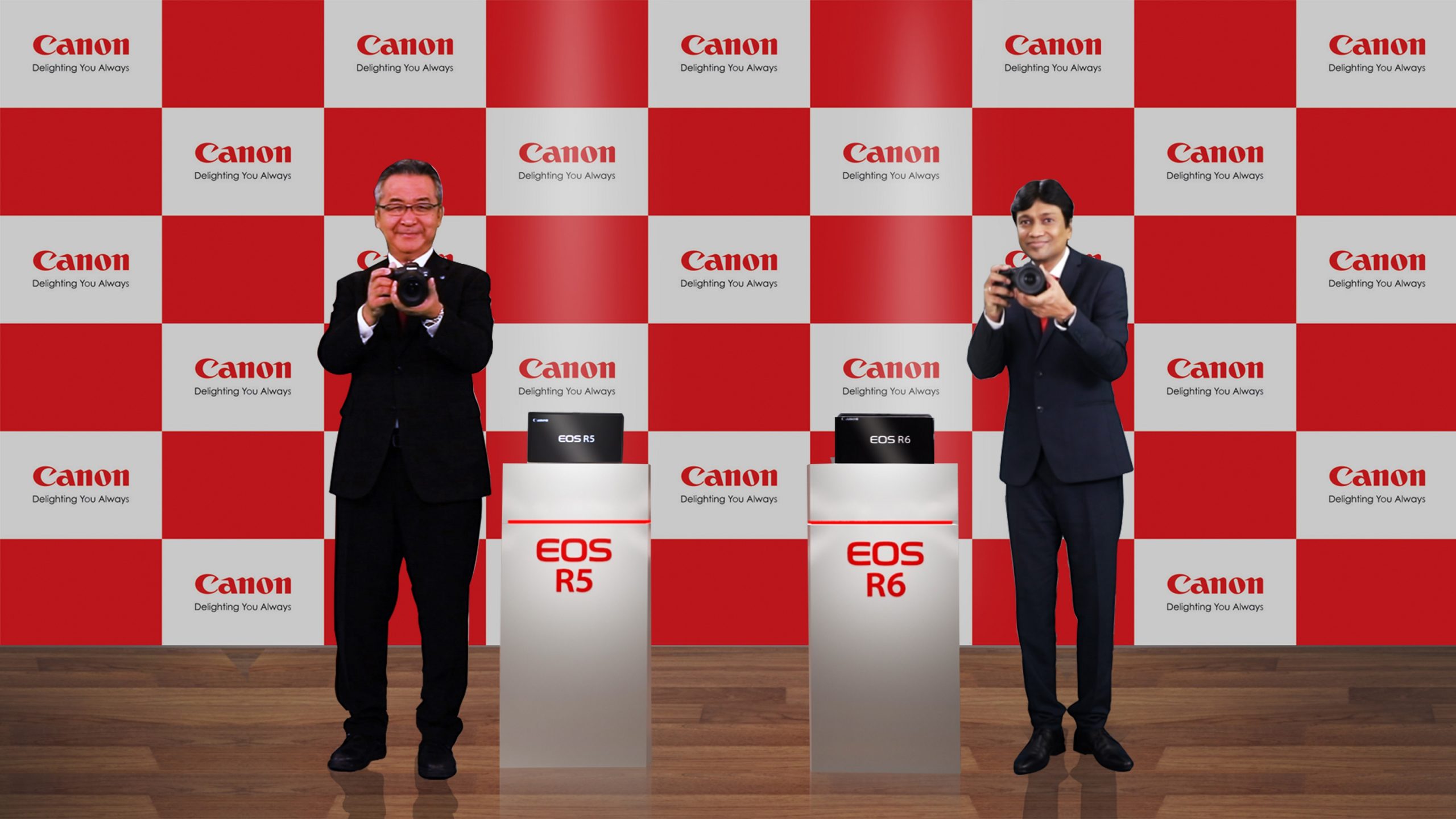 The EOS R5 is a top-of-the-line non-cropped mirrorless camera and comes with a 45 MP CMOS sensor. One of the biggest positive with the new EOS R5 is its ability to shoot 8K RAW videos at a max of 30 fps and 4K videos at a max 120 fps even though the camera isn’t designed to record RAW videos at 4K resolutions.

Another salient feature of the R5 is its Digic X processor as well as the Dual Pixel CMOS AF II. The enhanced AF tracking ability ensure the R5 is capable of detecting the head and eyes of even animals such as the dogs, cats and also birds. The camera is waterproof too, making it fit for outdoor usage in any environment. Then there is the integrated In-Body Image Stabilization (IBIS) feature that will lead to super steady shots.

At Rs 2,15,995, this is the more affordable options and offers slightly downgraded specs compared to the R5. The camera comes with a Digic X processor along with a 20.1 MP CMOS sensor. The camera cannot shoot RAW videos but is capable of recording 4K video at a max of 60 fps along with slow-motion videos at 120 fps at 1080p resolution.

The R6, however, comes with the same IBIS and Dual Pixel CMOS AF II features as in the R5. The R6 is also slated to be available starting August 2020.