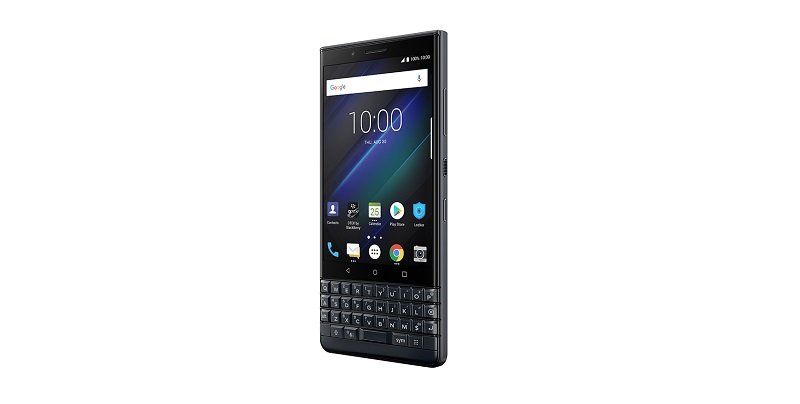 BlackBerry KEY2 LE has now been officially launched in India. Priced at INR 29,990, it will be available exclusively on Amazon India starting October 12.

According to the company, the BlackBerry KEY2 LE has been designed for ‘physical keyboard enthusiasts as it comes with BlackBerry’s iconic QWERTY keyboard. However, the handset’s keyboard is much more compact than the one found on the BlackBerry Key2. Also, its keyboard doesn’t get the trackpad functionality found on the Key2 and Key One.

The BlackBerry KEY2 LE is essentially a toned down variant of the original Key2, apart from its keyboard design. That said, it still gets the full BlackBerry keyboard with fingerprint scanner integrated into the spacebar itself.

In terms of specifications, the BlackBerry KEY2 LE comes with a 4.5-inch full HD+ IPS LCD display having a resolution of 1080×1620 pixels. Under the hood, the handset gets powered by Qualcomm’s Snapdragon 636 processor bundled with 4GB of RAM and 64GB of built-in storage. The handset also offers expandable storage up to 256GB via microSD slot.

As for cameras, the BlackBerry KEY2 LE boasts a 13MP+5MP dual rear camera setup with PDAF and dual-tone LED flash. For selfies, the handset is equipped with an 8MP front-facing shooter with LCD selfie flash and support for full HD video recording.

The BlackBerry KEY2 LE gets fuelled by a 3000mAh battery with support for Quick Charge 3.0.