The Asus Zenfone Max big battery smartphone range gets the job done for buyers looking for a solid battery backup at a reasonable price point. Last year’s Asus Zenfone 3 Max was announced back in May – a smartphone that certainly performed well in the battery department but was a rather average performer in other areas. Now the company launches the refreshed Asus Zenfone 3S Max aimed at not only offering a fantastic battery performance, but also several improvements in other areas such as design, performance, and cameras to make it a well-rounded device. The battery remains unchanged at 5000mAh. That said, we see slight changes in specifications and subtle design upgrades with the new ZenFone 3S Max which do look promising.

It’s also priced on the same lines as its predecessor. We’re here to find out whether the newly launched Asus Zenfone 3s Max is a worthy upgrade over its predecessor. More importantly, is it a good buying option. Let’s find out in our review. 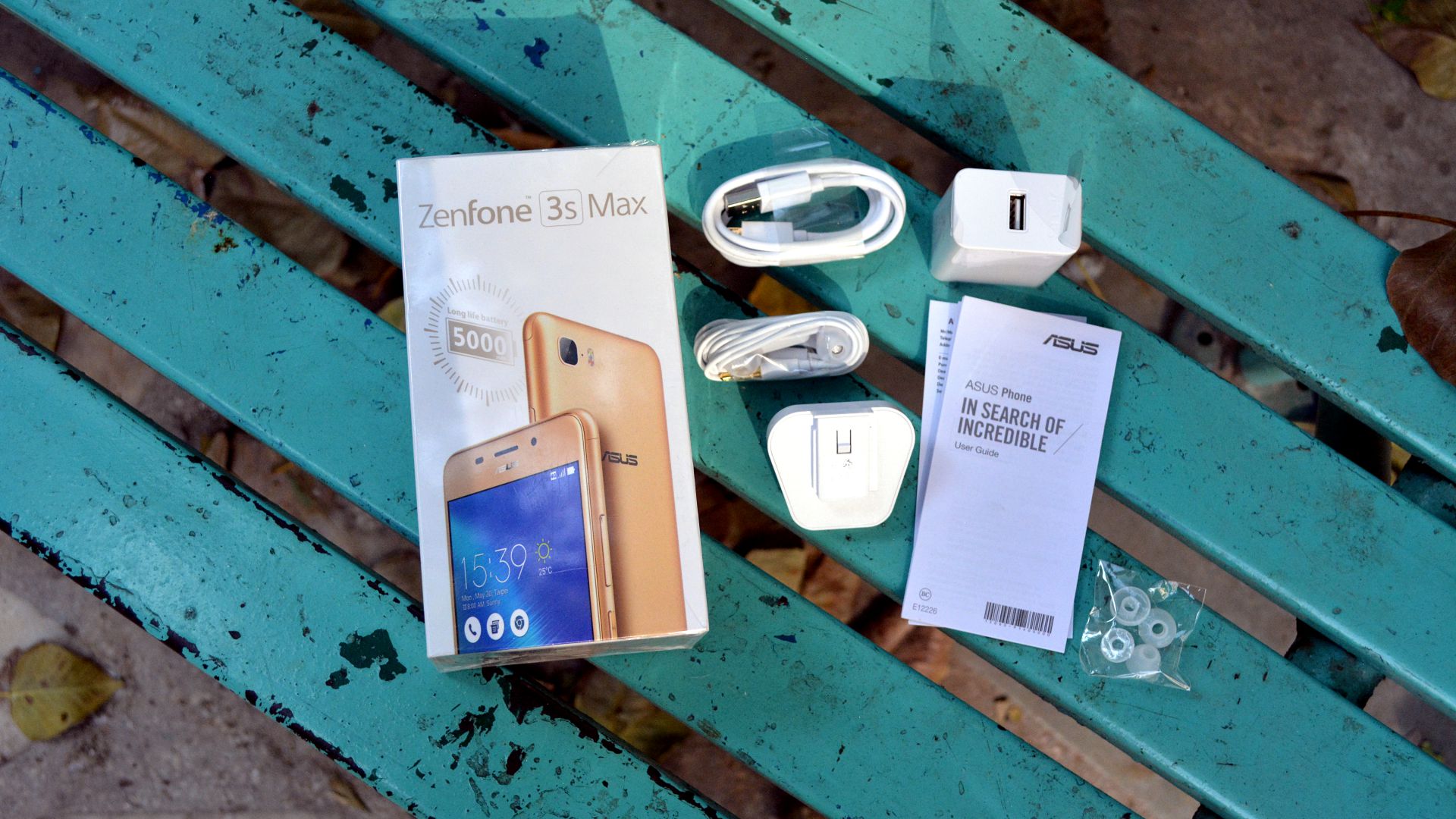 The new Zenfone 3s Max big battery smartphone is quite an upgrade over its predecessor in terms of design. Despite the large 5000mAh battery, it feels surprisingly light-weight when in the palm of your hand. The smartphone weighs in a mere 175 grams and is only 8.5mm in thickness. In comparison, last year’s model weighs in at 202 grams and is 10.55 mm in diameter which felt rather bulky. Though that’s not the case with the refreshed Zenfone 3s Max, it’s easily manageable and fits nicely in hand or your pocket. The Asus Zenfone 3s Max is probably one of the lightest and compact smartphones I’ve come across which has a massive 5000mAh battery on board.

Another notable change is the inclusion of a fingerprint sensor, which we’ll discuss later in the performance section.

Also, the back cover is now non-removable as the smartphone features an unibody aluminum metal construction with a sandblasted matte surface. And with just right amount of curves around the edges, they not only provide a good grip but also lend the phone a premium look and feel. Given the phone’s budget price tag, we’d say the phone’s design certainly surpasses expectations.

Overall, I was rather impressed with the phone’s design aesthetics. Despite the fact it packs a huge 5000mAh battery, it surprisingly lightweight and feels like a breeze to carry around.

The big battery smartphone packs a 5.2-inch HD IPS display with 2.5D curved glass. Color reproduction is pretty accurate along with decent brightness levels for outdoor usage. That said, the lack of a Full HD screen is a bit of a disappointment when you consider other similarly priced phones are offering Full HD display. A 1080p screen would have been a welcome addition, but it seems the company has stuck with a lower resolution for improved battery life. Now, this is acceptable for users if battery life is their primary concern. But for someone who enjoys gaming would certainly prefer their screen to pack a higher pixel count. 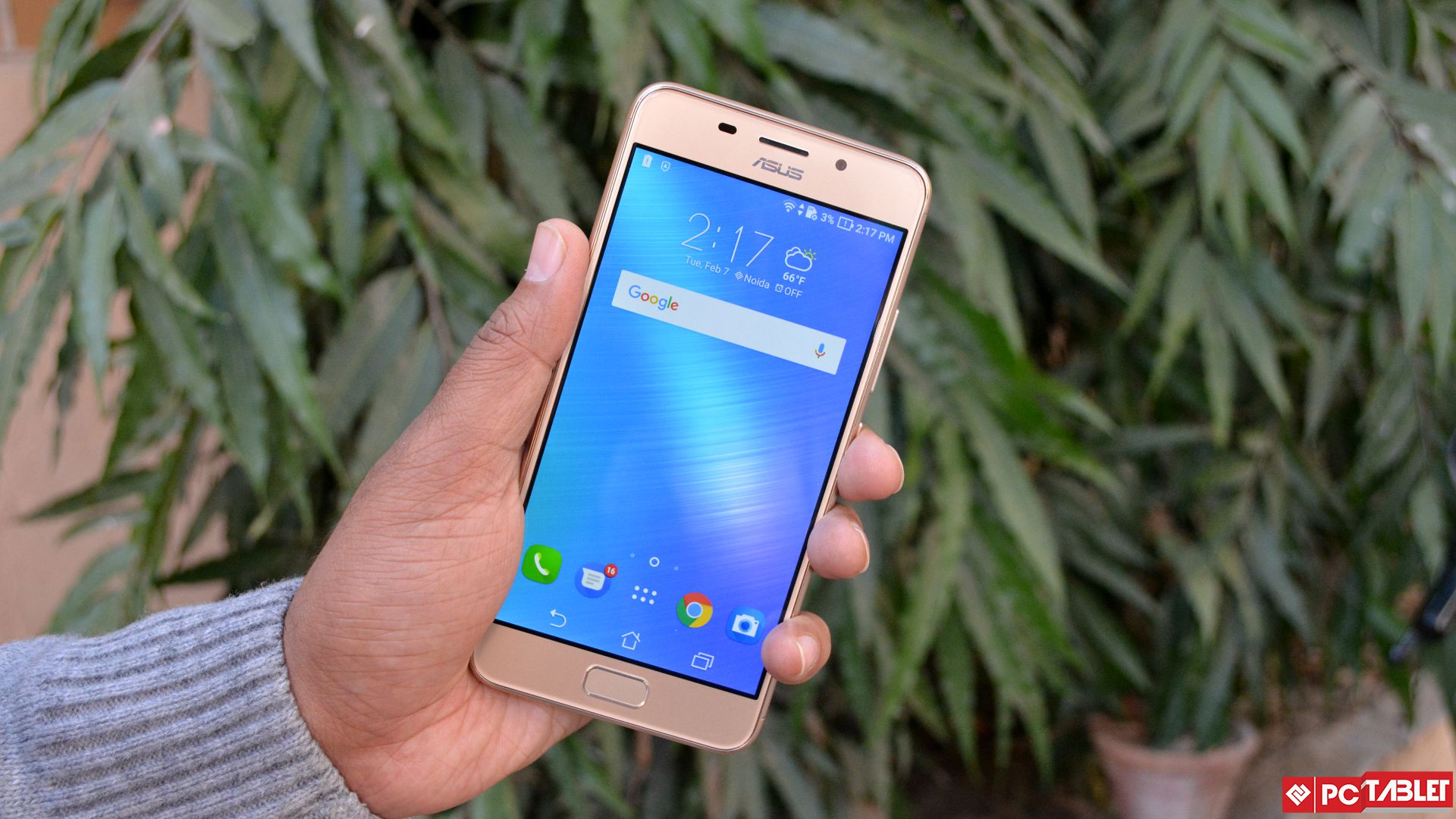 We also see some changes made in the specifications department. Surprisingly, the new Zenfone 3s Max runs the less powerful MediaTeak MT6750 octa-core processor as opposed to Snapdragon 615 found on last year’s model. While the MediaTek chipset is a decent and reliable performer, we would’ve still preferred the more powerful Snapdragon 615 chipset on the new model, or probably something better.

That said, the new device still does a decent job as far the performance goes. The hardware seems well optimized and thanks to 3GB of RAM onboard bundled with Mali T860 GPU, the device is well-equipped to handle multitasking along with graphically-intensive games. Asphalt Nitro ran well without any drop in frame rates or lags.

Though as expected, benchmark scores are slightly lower compared to its predecessor. The MediaTek powered device racked up a score of 39052 in Antutu, compared to last year’s model which tops over 40,000.

Having said that, the Zenfone 3s Max is still a solid performer when it comes to daily usage such as opening apps, sending emails, or watching HD videos. Even call quality is good for both incoming as well as outgoing calls, and the phone quickly latches on to nearby Wi-Fi networks.

Also, the new Zenfone 3s Max packs a fingerprint sensor which its predecessor did not. The company claims it unlocks the device in about 0.5 seconds, and we’d say there are just about right. The phone quickly recognizes fingerprints and snappily unlocks the device. And the whole process of setting up your fingerprint isn’t that fussy either. 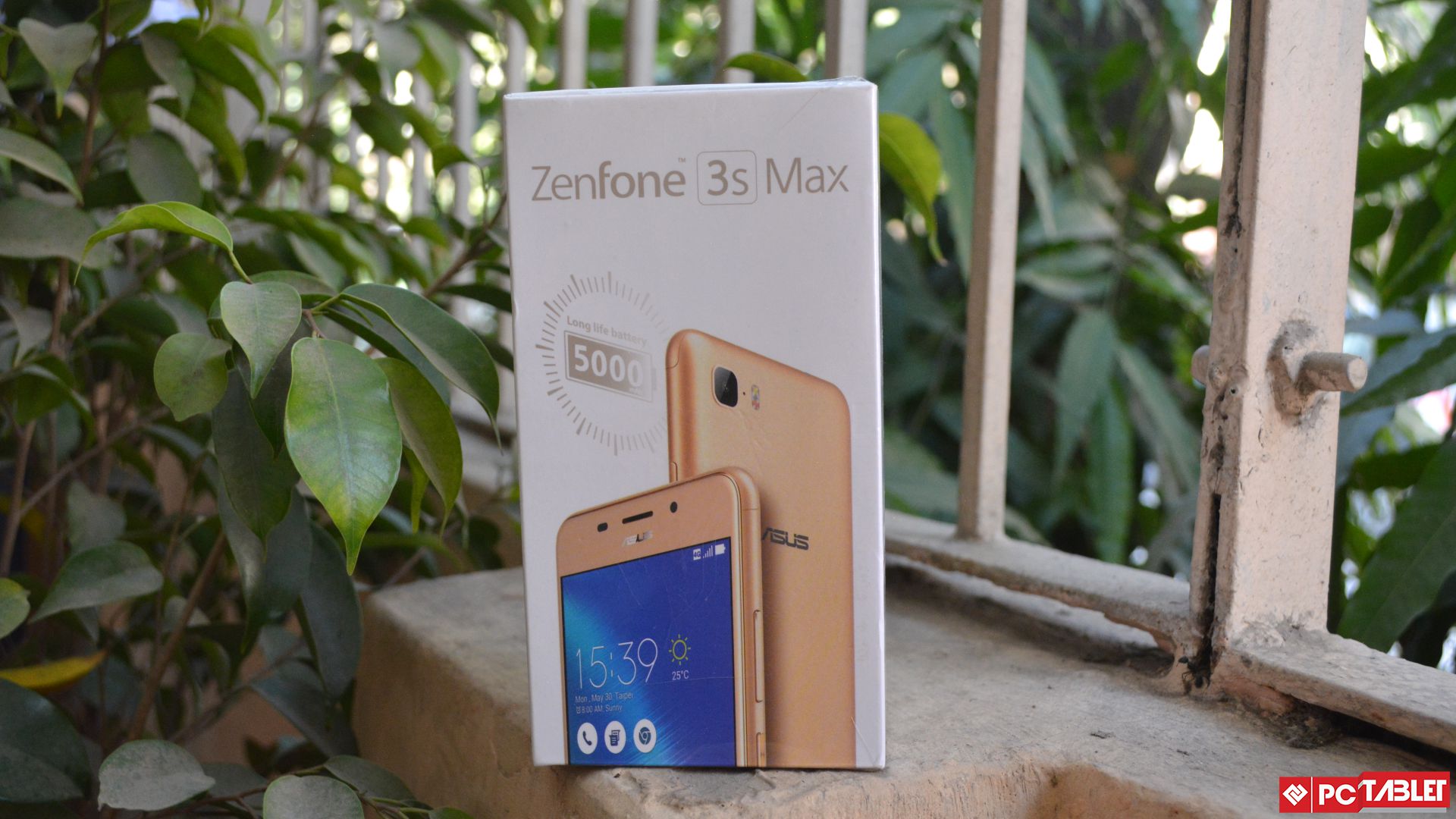 The 5000mAh battery is undoubtedly the main highlight of the device. It can easily surpass a day of intense usage at ease. For light users, the phone’s battery can easily eke out 4-5 days of backup. The MediaTek chipset onboard is certainly more power efficient than last year’s Snapdragon processor. And the difference is clearly evident as the standby time on this is just astonishing. The battery meter just doesn’t budget when the device is left idle. It can easily offer 2-3 days of moderate usage.

Also, charging the device isn’t much of a hassle as well. The bundled 5V charger takes about just about 2 hours to fully charge the phone, which is quite impressive for a phone with a 5000mAh battery. Besides, it packs a broad range of intelligent power modes ranging from super saver mode from performance mode. Users can select either one depending upon their needs. Also, it gets reverse charging capability which doubles it up as a power bank. You can use it to charge other devices or lend a helping hand if you’re friend’s battery is running out of juice.

Connectivity features of the smartphone include 4G, Bluetooth, Wi-Fi, along with a variety of sensors.

Apart from its outstanding big 5000mAh battery, we’ll also give it several brownie points in the camera department.

The phone’s primary 13MP Pixelmaster camera can shoot some vibrant and detailed pictures in well-lit conditions. Images captured outdoors look rather stunning with plenty of details to gawk at. It packs the same camera unit found on the more expensive Zenfone 3 Laser, which comes with a laser auto focus which is claimed to lock focus in about 0.03 seconds. And the phone lives up to the claim as its ability to lock focus is super-fast. 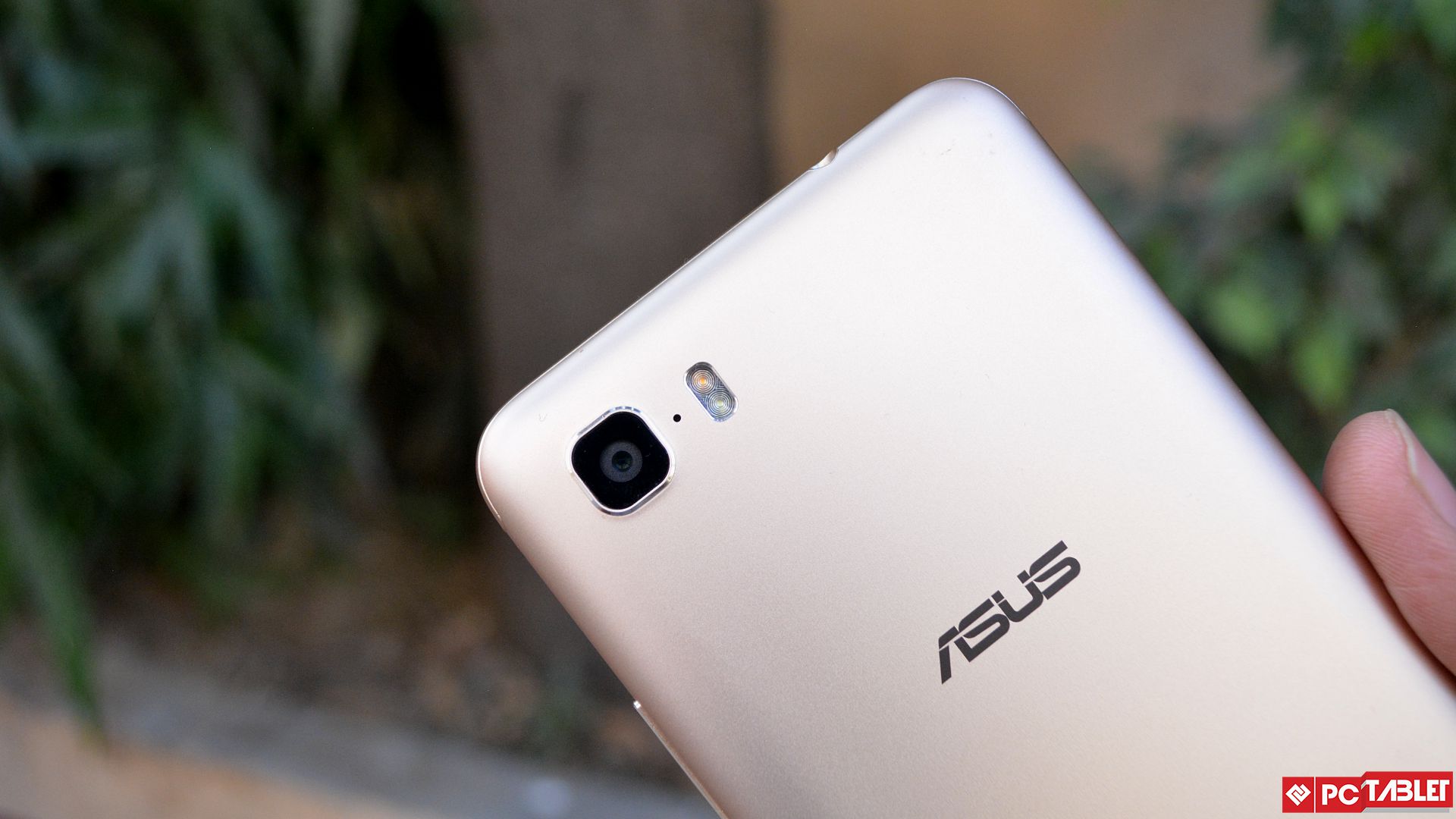 Even shots that were taken in low-light look rather satisfactory, barring some odd loss in details as noise levels do crop up.

On the front, the phone packs an 8MP shooter which can also take decent selfies. It also comes with beautification mode which allows you to tinker with your selfies to get desired results.

Another notable feature apart from being a big battery smartphone, is the OS! Currently, it’s the only Zenfone that runs Android 7.0 Nougat out-of-the-box. Hence, you get to enjoy key Android Nougat features such as Now on Tap, the Do not Disturb Mode, along with new quicker ways to multi-task. You can open two apps at the same time, or view two Chrome tabs simultaneously, features which are only exclusive to Android 7.0 Nougat.

Even the ZenUI 3.0 is a remarkable improvement over its earlier iterations. It looks much clean, seems light, and makes the whole interface appear not as cluttered as we’ve seen with ZenPhones in the past. That said, you still see some Asus’s apps such as Themes, Weather, Photo Collage, and a lot more which seem unnecessary for the most part. And many of them cannot be uninstalled.

Should you buy the big battery smartphone?

The new Asus Zenfone 3s Max offers a lot for its price of Rs. 14,999 and available on Flipkart.com. The standout feature being its 5000mAh battery which can last long, really long. Not to forget, it houses such a huge battery in a rather lean frame and doesn’t feel bulky at all.

Besides, its overall performance when it comes to handling tasks such as opening apps and gaming is also pretty decent. The phone performs well in every area. Even its 13MP camera does an excellent job at capturing details extremely well. The only thing I wasn’t kicked about was its 720p screen. But for the price it’s offered at, the Zenfone 3s Max is a great big battery smartphone.