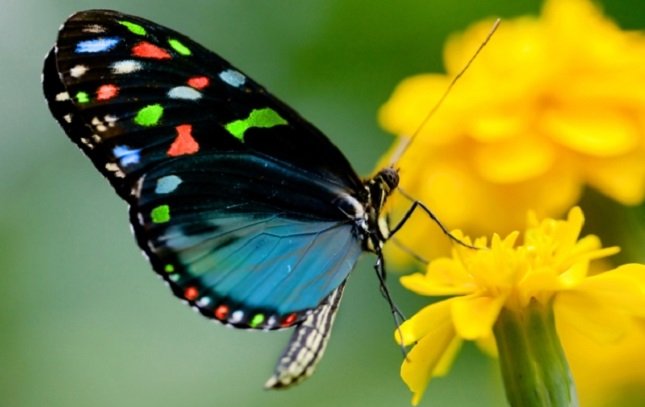 A tiny butterfly species has been discovered in the verdant forests of Changlang district in Arunachal Pradesh.

The butterfly has been christened as Banded Tit, scientifically called as Hypolycaena Narada.

Dr. Yogesh, the Principal Chief Conservator of Forests of Wildlife and Biodiversity Department made this announcement.

This butterfly is a denizen of evergreen forests that are low lying can be found in the Changlang district. They have an interesting life cycle.

The lifespan of the adult butterflies is around two weeks in the month of March every year. They spend a major pa of the remaining year in a dormant state, in pupal or larval stages.

These butterflies feed primarily on bird droppings that can e found along cool streams in the forest.

Though much has been spoken of about the butterfly, a significant portion of the butterfly and its specifications remains much of a mystery, as stated by Yogesh.

An example of this is the breeding behavior, precise habitat requirements and the larval host plants that remain a mystery to us.

Dr. Krushnamegh Kunte, who is a research scientist as well as a faculty member at the National Centre for Biological Sciences in Bangalore, has done a research paper on the Banded Tit.

Apart from the Banded Tit, the Bright-eyed Argus, was another new butterfly species that was discovered in Arunachal Pradesh several years ago. This butterfly was scientifically called Callerebia dibangensis.

The Banded Tit discovery has raised the possibility of other butterfly species that remain undiscovered along the North-eastern parts of India.