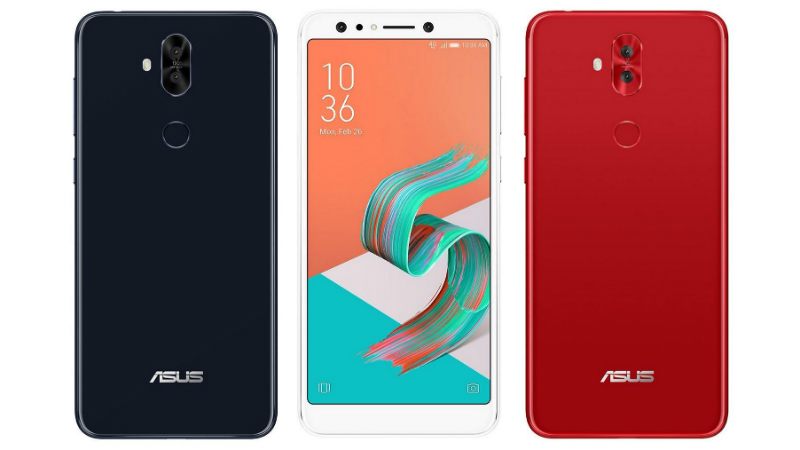 Noted tipster Evan Blass has shared a few shots of the upcoming ZenFone 5 Lite. And what is immediately evident is a quad-cam setup, with two cameras donning the rear while another two will be gracing the front.

The images also reveal the two rear cameras are housed in a vertical slot placed along the central line, with the LED flash placed slightly along the left to it. The fingerprint sensor again is placed beneath the twin cameras. Fortunately, there is a fair bit of distance between the camera and the sensor, which makes for ease of access.

The above is quite unlike the Samsung Galaxy S9 leak which reveals the fingerprint sensor placed in almost the same housing as that of the twin rear cam on the S9+. While that makes for a nice evolution over the S8, the sensor still is prone to be confused for the camera lens.

Coming back to the new ZenFone 5 Lite, that the phone is being pegged as the selfie phone of choice is evident from the placement of a front facing flash as well. While more details are elusive, what is known is that the rear cam sensor will have a 120-degree wide angle of view.

Other details that Evan Blass revealed about the upcoming ZenFone 5 Lite include a full HD+ display. That means there will be 1080 x 2160 pixels lighting up the display which again will be of 18:9 aspect ratio. There is also going to be a choice of three exciting color options as well – Midnight Black, Moonlight White, and Rouge Red.

Asus is already tipped to unveil a revamped ZenFone 5 series during the upcoming Mobile World Congress event. The company has also been sending press invites but hasn’t confirmed what it has in store for the mega event.

Also, with the company is yet to confirm the ZenFone 5 Lite for a MWC debut, the company Marketing Executive Marcel Campos has stoked speculation on this by posting the photo of a handset on his Instagram account that looks a lot like the above mentioned phone. That is evident considering that the current Asus phone line-up does not include a device like the ZenFone 5 Lite and the tell-take signs are all too evident as well. That includes the real dual cam as well as the centrally placed fingerprint sensor.

Fortunately, we won’t have to wait too long for all the details to emerge. The MWC kicks off on the 25th Feb. itself.