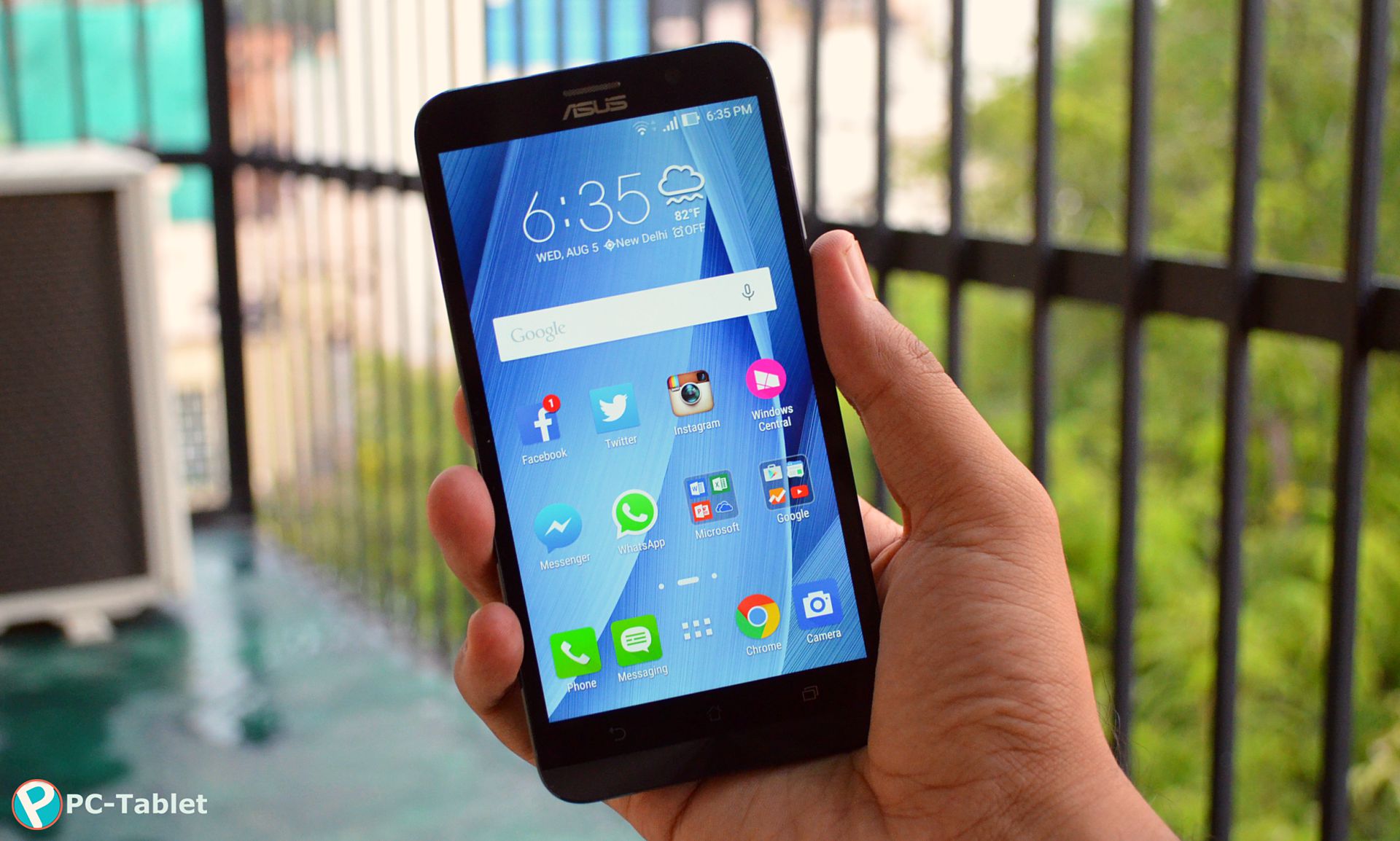 Asus, once a processor design consultant has made it big with the Zenfone and the Zenpad series when we talk of its foray into the smartphone and tablet market. In this segment, we are going to review the most celebrated series, the Zenfone 2 series. The Zenfone 2 is the 2015 flagship series of Asus, but wait! The whole series called as Zenfone 2 and it gets pretty confusing at times if you’re technically not that sound.

The whole series called as Zenfone 2 and it gets pretty confusing at times if you’re technically not that sound.

I personally want to ask; why would you do that Asus? It’s India, not Taiwan! People here are not that technically sound as compared to that of Taiwan, so please be clear with phone variants next time.

At present, the Zenfone 2 is available in 4 different variants in India market.

The 64GB variant costs Rs. 22,999 whereas 128GB variant is priced for Rs. 29,999. These Zenfones are currently exclusive to Flipkart only. You can check the links available in the sidebar, and on the left of the review.

I have tried my best to decipher the confusion created by Asus with the new Zenfones. We’ve got the top models of both Zenfone 2 and Zenfone 2 Deluxe in our studio to review. Let’s see what we have found while reviewing the phones.

There is no difference when it comes to the first four variants of the Zenfone 2, so I will be talking of all of them together and referring them as Zenfone 2.

The curve has gotten more prominent, and the overall brushed metal look definitely gives a premium feel to the device.

If compared to its predecessors, the Zenfone 2 has brought a radical change in its design aesthetics and this decision is bound to get mixed reaction from the end users. The curve has gotten more prominent, and the overall brushed metal look definitely gives a premium feel to the device. 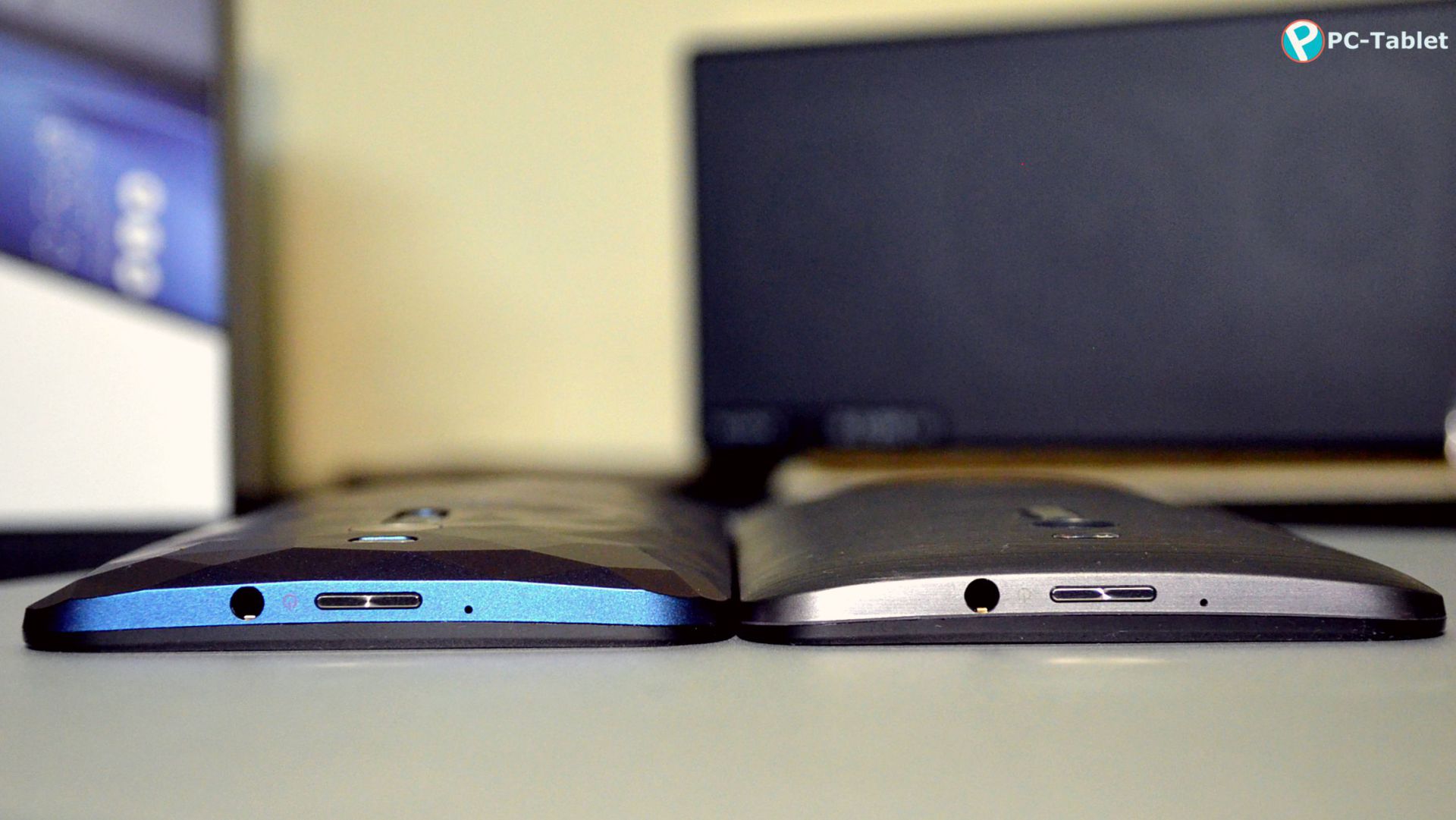 Talking of the dimensions, the device falls somewhere in between the dimensions of its two predecessors, the Zenfone 5 and Zenfone 6. The overall dimensions of the phone at 152.5 x 77.2 x 10.9mm and the 170 g weight doesn’t feel chunky owing to the curved back. 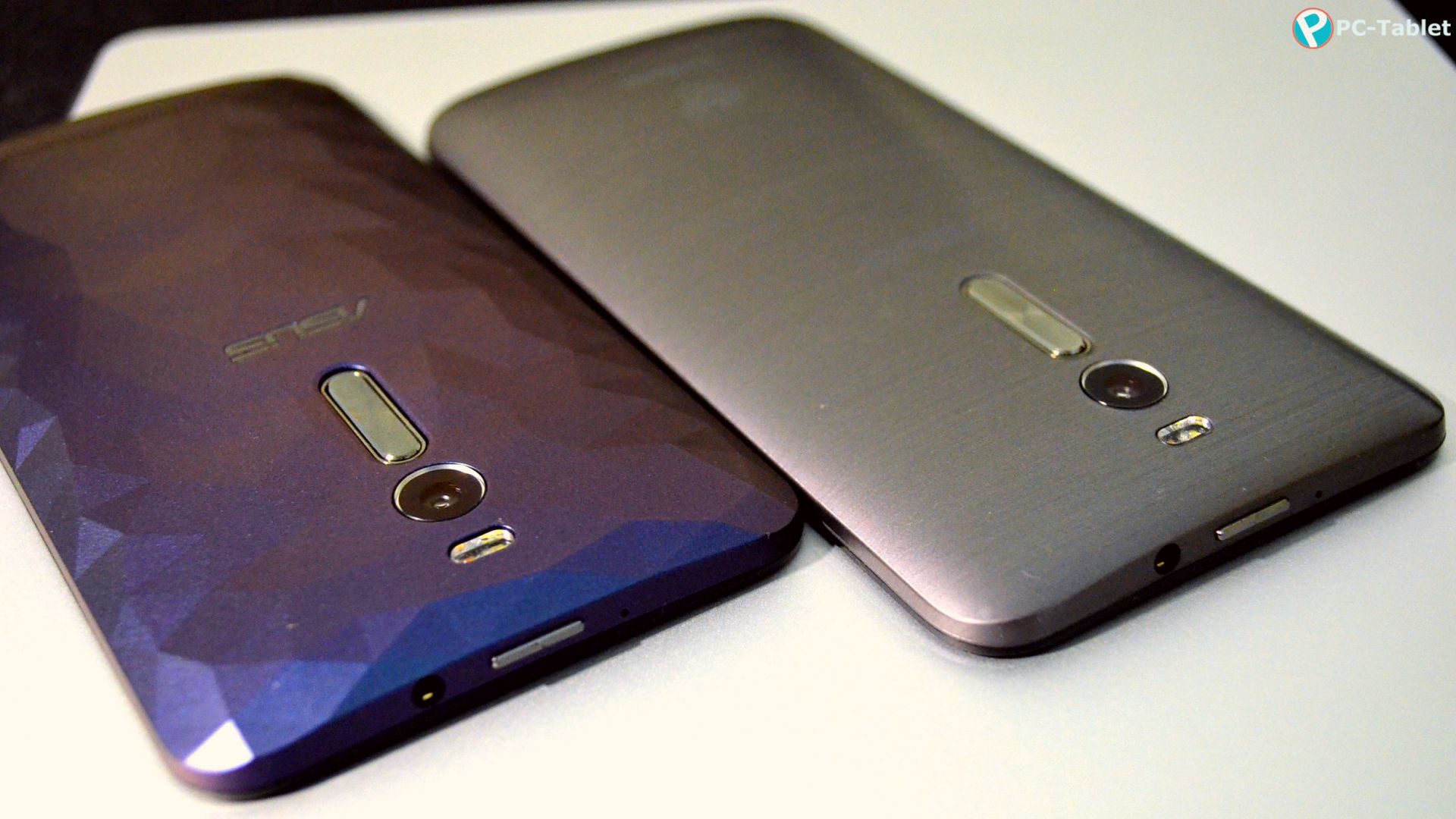 In the Zenfone 2, the power key is at the top, which is very difficult to access if you are looking for one-handed operation.

The phone can be gripped easily, but the one-hand operation is very tough. Another more noticeable design change is that the volume rocker has been shifted to the rear of the device. This is design is very reminiscent of the rear volume button design that we saw in the LG G2. However, the major difference in the LG G2 was in the fact that the power button was also nestled in between the rear volume rockers, but here in the Zenfone 2 the power key is at the top, which is very difficult to access if you are looking for one-handed operation. The problem that you might face with this placement is however solved by the software, as it allows you to double tap on the screen to wake up or sleep the phone. 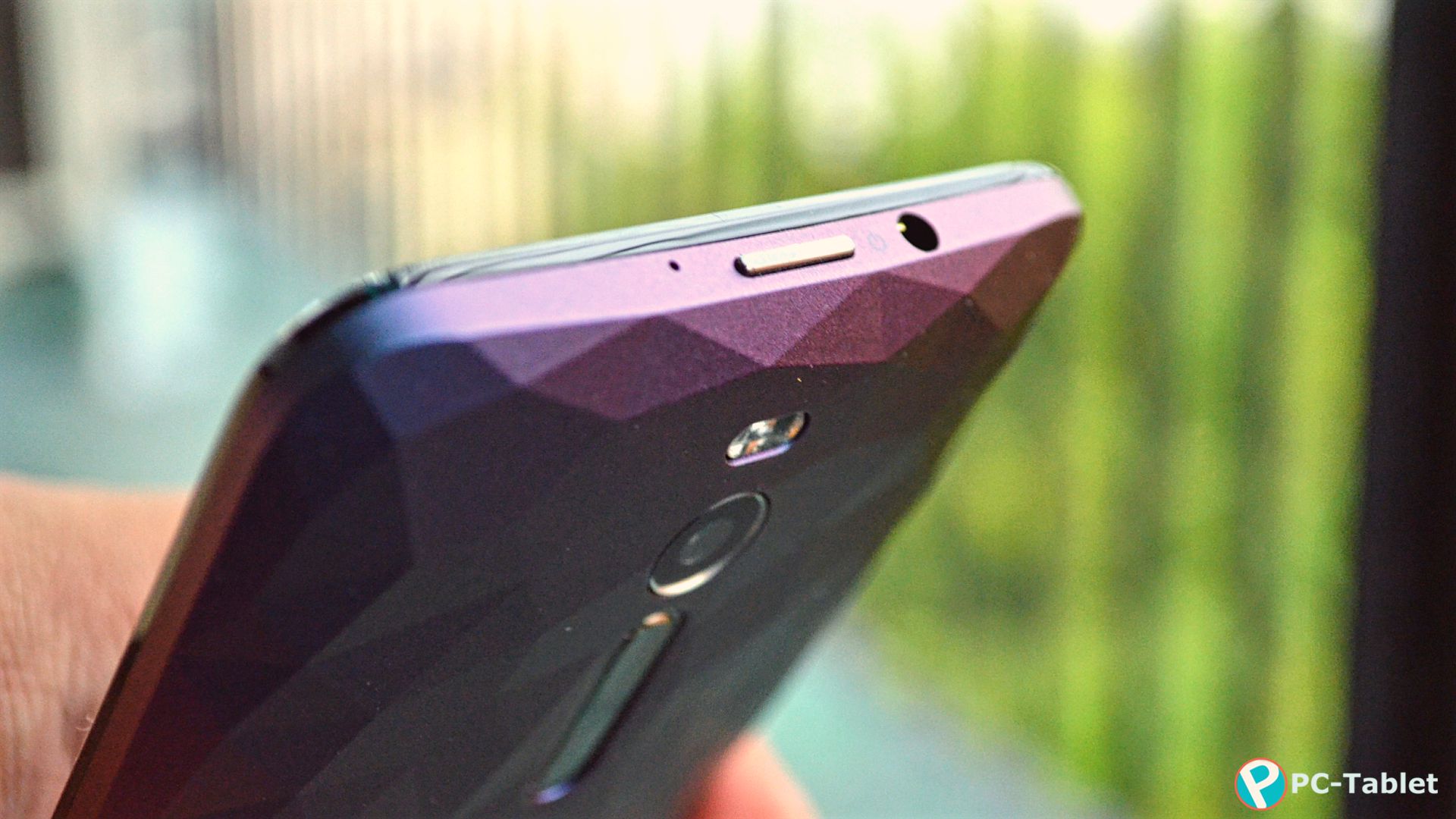 The volume rocker is also well rigged and tactile. The hand reaches naturally to access it no matter which hand you are using. This button placement makes the sides of the phone completely barren. The 3.5 mm audio jack is placed at the top of the device. The bottom houses a micro USB slot and a microphone. The speaker grills are placed at the rear of the device.

The Zenfone 2 Deluxe has the same design aesthetics as that of the other Zenfone 2’s. The only difference lies in the fact that the back now features a prismatic finish back shell that takes the overall plastic feel to another level without looking tacky.

Specs and other features

We have already mentioned the processor and RAM specs of various variants earlier. Other than that all devices also support microSD extension. In connectivity, all variants have Bluetooth v4.0, Wi-Fi a/b/g/n/ac and NFC. It features a 13 MP rear camera and a 5MP front camera. They all come with a 3000 mAh battery. The Zenfone 2’s all come with Lollipop 5.0 based ZenUI that gives the phone very smooth performance. 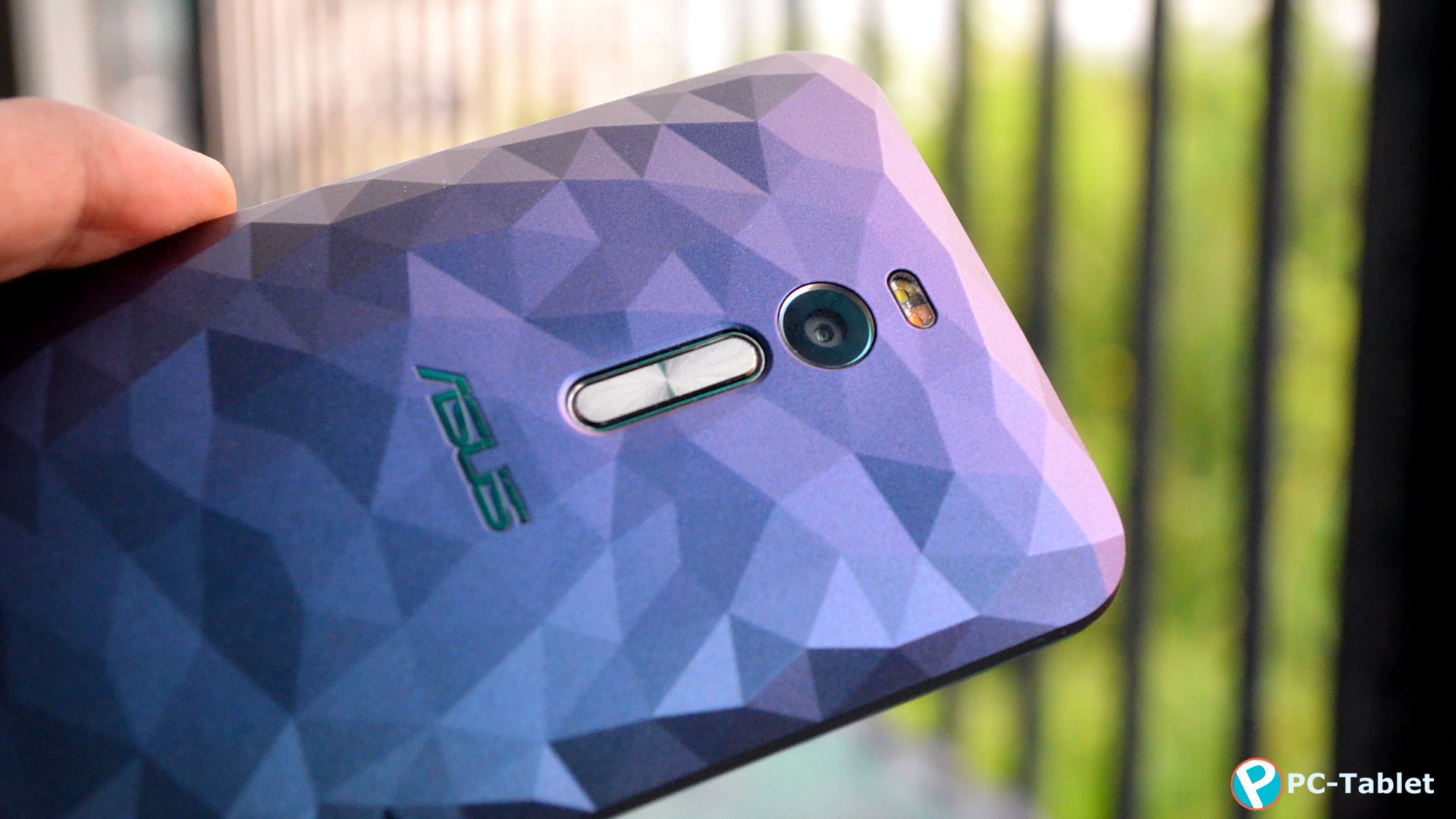 The Zenfone 2 got behind when it comes to camera performance. It was a perfect example of the fact that only the sensor stats don’t make up a great camera. The daylight photography shots are laden with areas that are over exposed and the night photography is also very unnatural. The same is the case with the Zenfone 2 Deluxe. 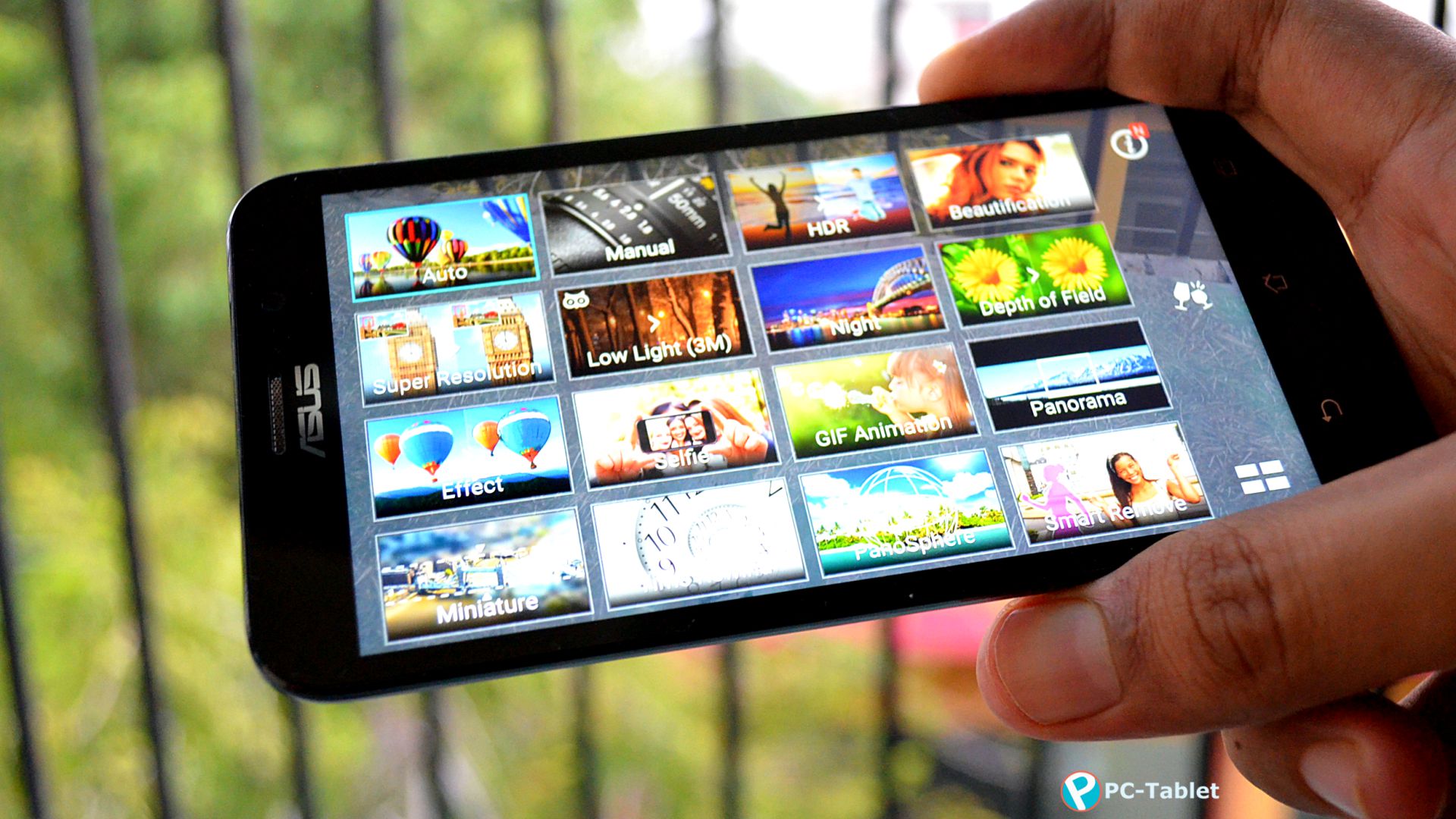 The added stuff like the dual tone flash somewhat improve the quality of pictures in low light conditions. But on its own, the camera quality is pretty dismal when we compare it to other phones in this price range. The camera app has decent options, but overall it is pretty minimal too.

Though we’ve managed to take some nice shots, not in the normal conditions. The front camera is a decent one, it allows to take widescreen selfies and allows to capture more light that makes pictures brighter as compared to normal selfie camera. 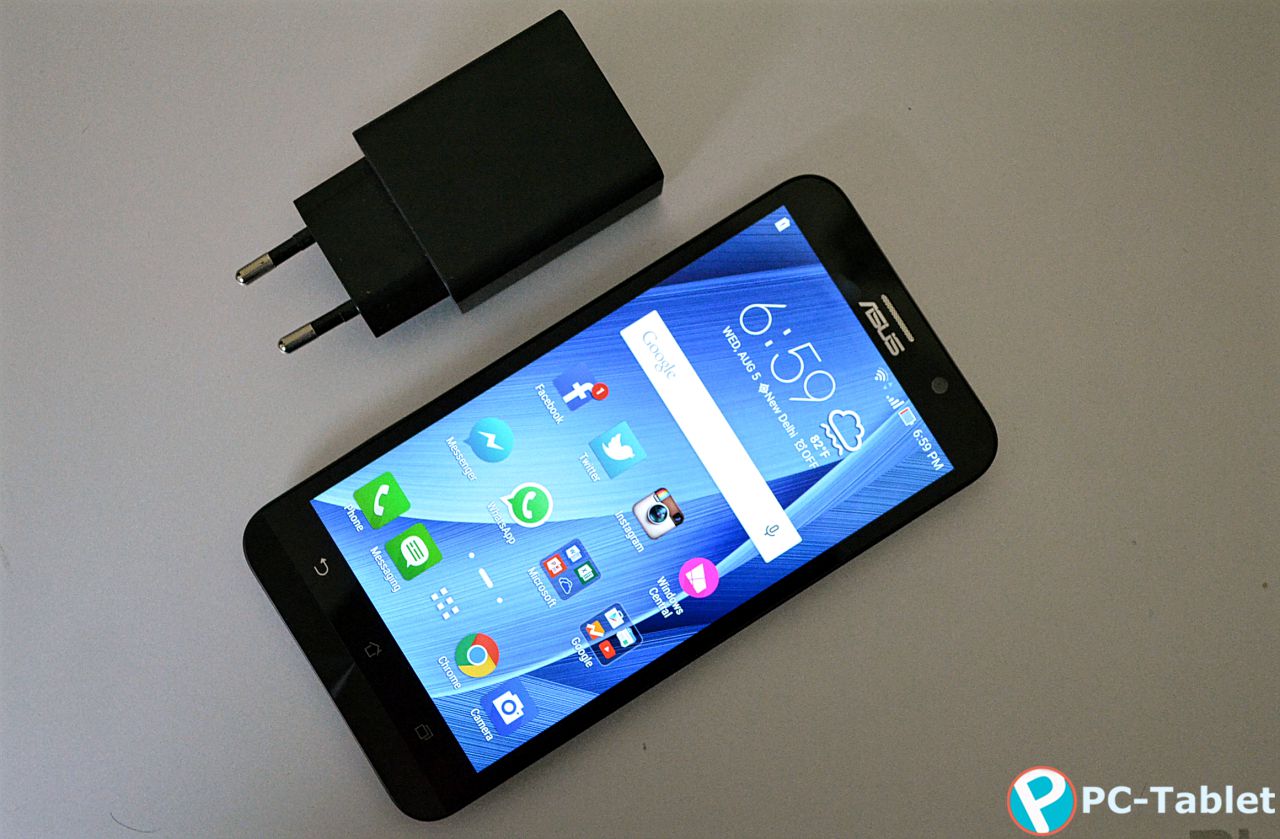 The Intel Chip on the Zenfone is pretty new and not seen in many devices, but the performance surprised and pleased us. General applications and games work fantastically on these chips. The speed is easily comparable to other devices that feature a Snapdragon chipset. The benchmarks also returned great single core and multicore results. The GPU also performed well in these tests. The battery backup was not that great, and you will need to plug the device in after a day’s worth of normal use. The fast charge technology, however, makes up for this. 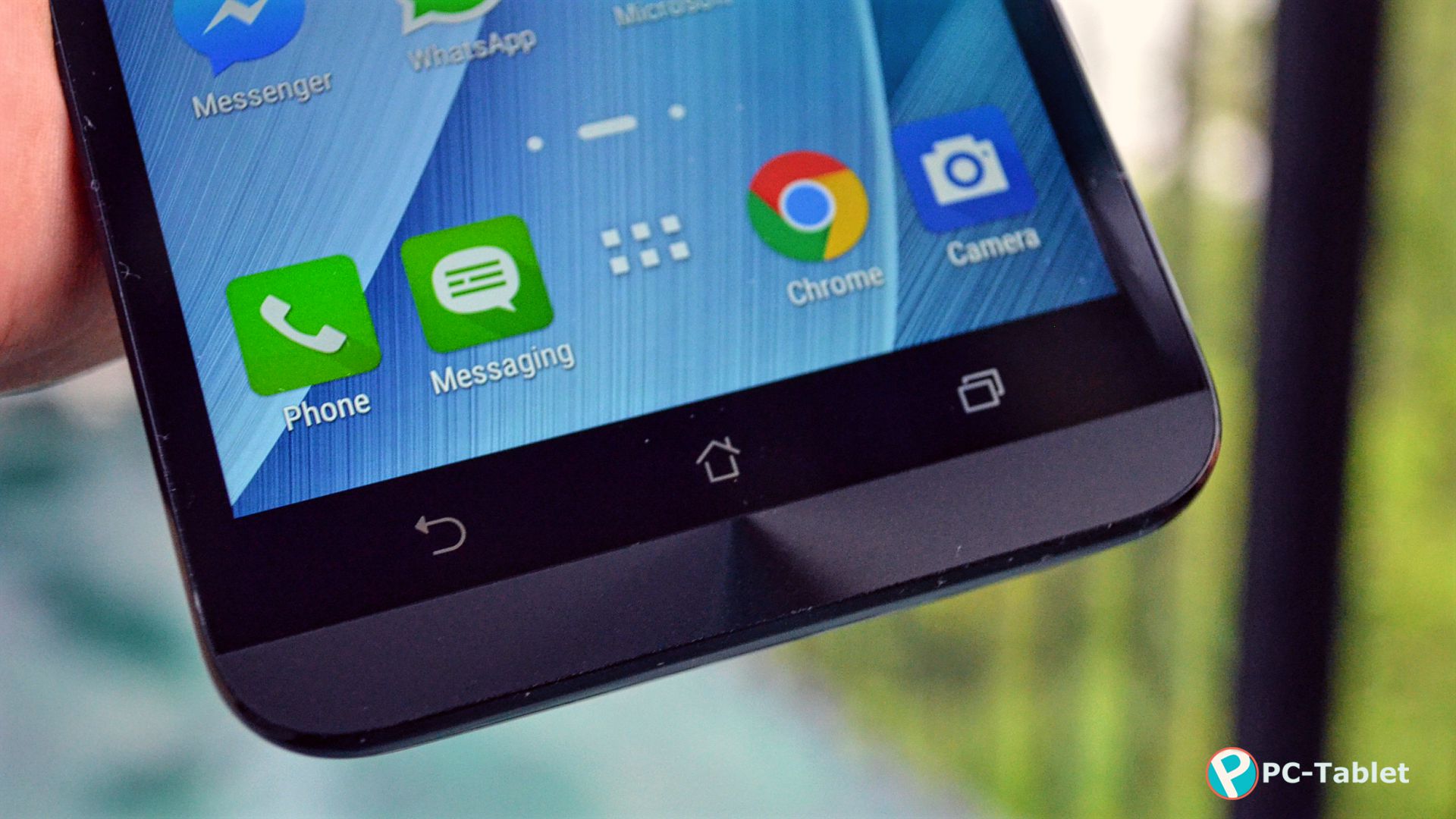 Zenfone 2 comes with Android 5.1 Lollipop customized with the layer of ZenUI on top of it. The new ZenUI features Zen Motion, Snapview, and few more proprietary features that are exclusive to Zenfones only.

Asus has also made lots of bloatware apps which comes pre-installed on every Zenfone, and you will never use most of those apps. Yes, Asus, no one will like ever use them for once. Please, these are not the laptops, but phones. Please don’t ruin the user experience. 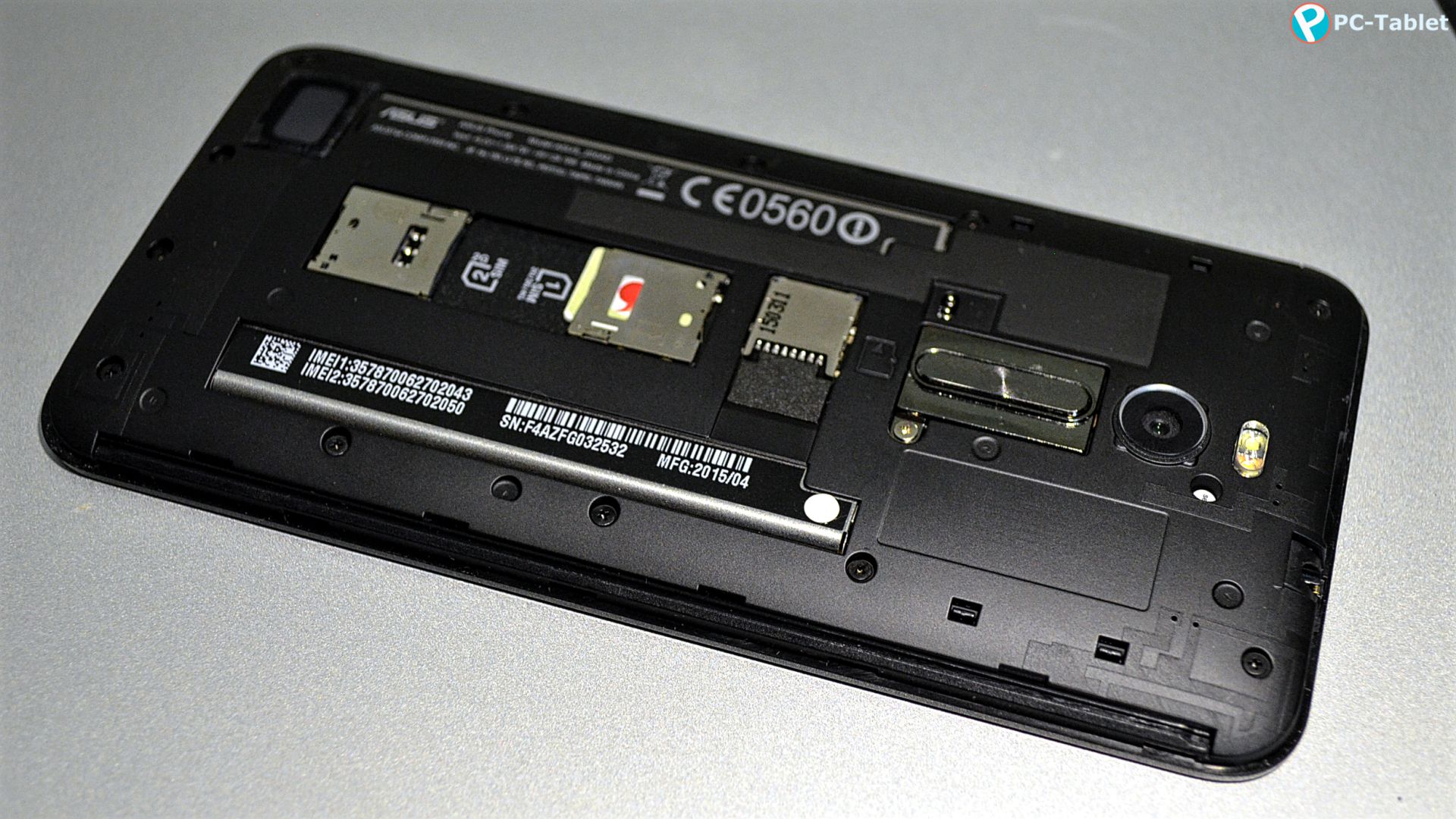 The phone is Dual SIM Dual Active device, but 4G LTE network services can only be used in one slot at a time whereas the other one will act as a 2G network SIM slot only. This limitation could be forced by Asus to improve the battery performance. 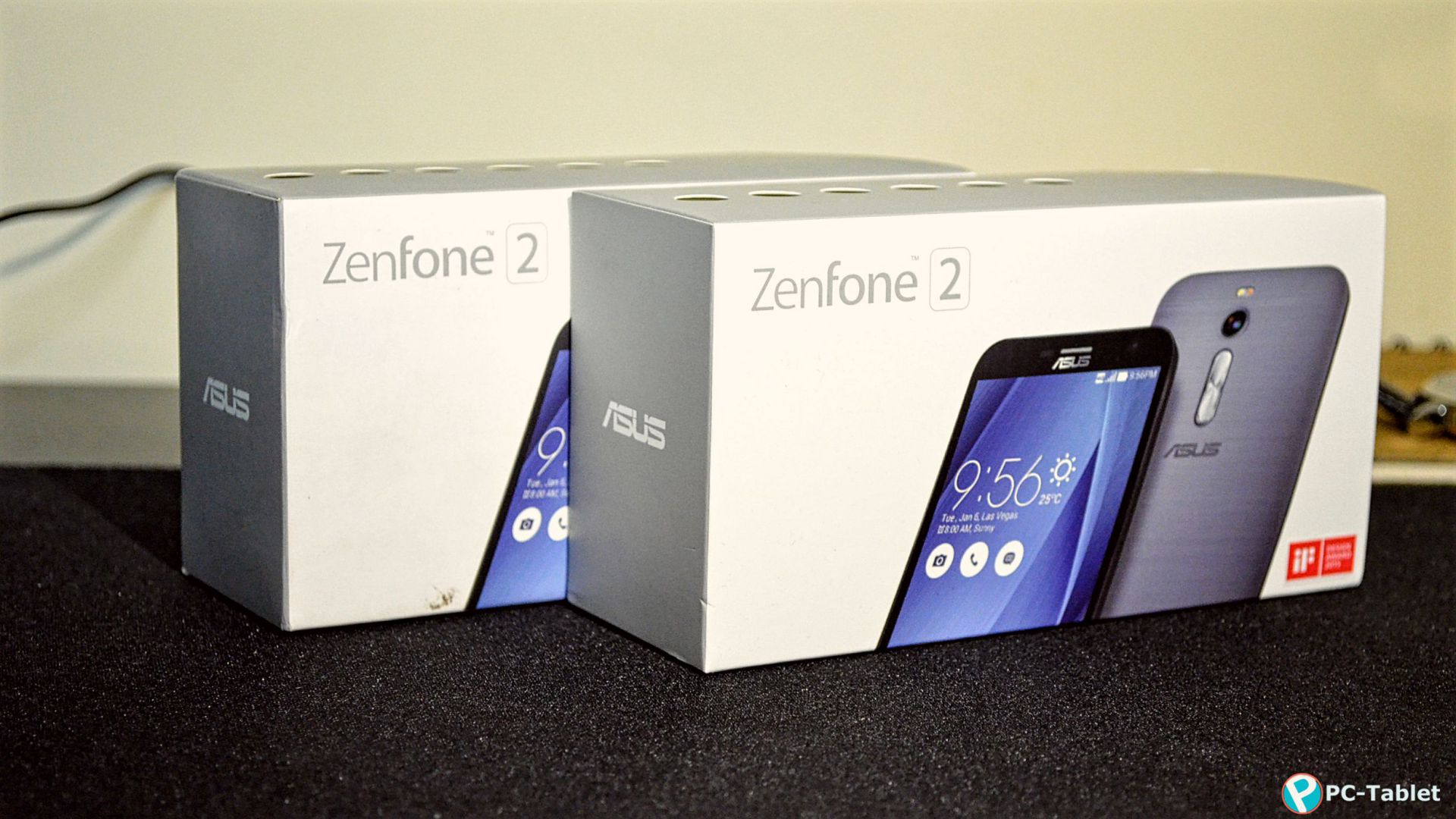 Asus designed Zenfone 2 to keeping the market that is looking for higher specs phone in budget price point in mind. Zenfone 2 hosts powerful specs (leaving base model aside) that makes the phone a high performer. If we ignore the just okay performance of the primary camera, poorly placed power key, and bulky size, Zenfone 2 is worth every penny spent on it.

We recommend it for power users! If you already own a Zenfone 2 or looking to buy one, do share your views and experience with the phone so far in comments.