PC-Tablet
Ads
Home News Apple’s permission is needed to change the display and camera module of... 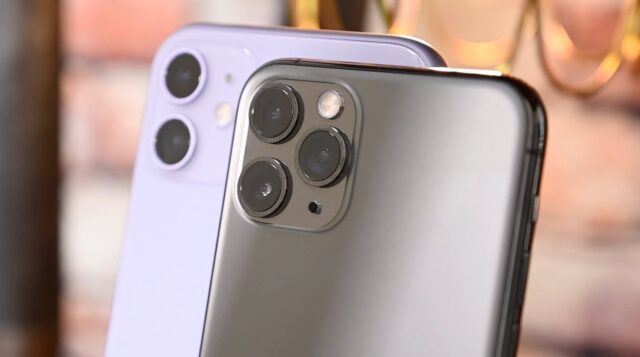 The Apple iPhone 12 might be the hardest of all iPhone versions to repair and fix, a recent teardown endeavour by iFixit has revealed. However, while that is not entirely surprising, what intrigues no end is the manner the camera module has been found to perform when the stock version is replaced with a similar camera from another phone.

Among the changes to be noticed with the replacement camera unit is that there are no outright error messages shown as is the case when the display is changed with another display from third-party sources. Instead, the camera performance has been found to show erratic behaviour such as some of the modes just refuse to perform normally.

The ultra-wide angle camera too just does not turn on in camera mode. Also, there is an increased tendency for the entire phone to hang as well. However, what is even more strange is that the camera works just fine in video mode, with the ultra-wide angle camera too performing normally, exhibiting no issues at all. If that is not all, attempting something similar with the iPhone 12 Pro goes on without a hitch, with every camera mode working as intended.

iFixit, however, seems to have an explanation for the same. It is claiming that things are a bit different with the iPhone 12 as replacing the display or the camera on the latest iPhone module will require access to the System Configuration Tool. The tool in turn will access the Apple servers to ensure the new components are programmed to be used on the iPhone 12 devices.

Apple has always been paranoid with the security and privacy aspects of its iPhone devices. That is also the reason it had made it practically impossible for just about anyone other than trained and authorised agents to tinker with the Touch ID sensor of the iPhone devices. It is just that things have gone on to an entirely new level with the latest generation of iPhone 12 devices. And it is not a bad thing either.