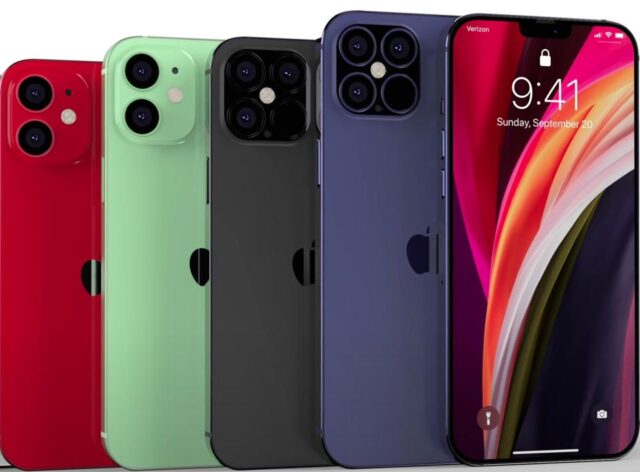 We may have had all about the upcoming iPhone 12, which means there might not be much that Apple can surprise us with during the actual launch. Or so we thought, as a new leak is claiming there might be five new iPhone 12 coming our way instead of four.

According to the German site Winfuture, the range won’t start with the iPhone 12 Mini. Rather, there could be another model that would serve as the entry-level version and would be available in a wide range of colours. As the report pointed out, the colour option would include black, blue, red, coral, yellow, and white.

Unfortunately, there isn’t anything else that we know of the mysterious fifth iPhone 12 model, except that it will come in storage options of 64 GB, 128 GB, and 256 GB. Also, given that the model is going to be positioned as the entry-level offering, it likely will come powered by the B14 Bionic chip than the more powerful A14 Bionic.

For those who might have been living under the rock, the B14 is mooted as an alternative to the flagship A14 that is tuned more for efficiency than outright performance. That makes it perfect for fitment on budget models while the A14 would render service on the more high profile iPhone 12 models.

Interestingly, this isn’t the first time we are coming across rumours of a fifth iPhone 12 models. However, back then, it was supposed to be a cheaper 4G LTE version of the iPhone 12 that the report had claimed Apple will launch sometime early next year. It remains to be seen if Apple is clubbing it together with the rest of the iPhone 12 model line-up. A 4G LTE version also makes sense as it will be a lot cheaper and will be perfect for regions where 5G is yet to be a reality.