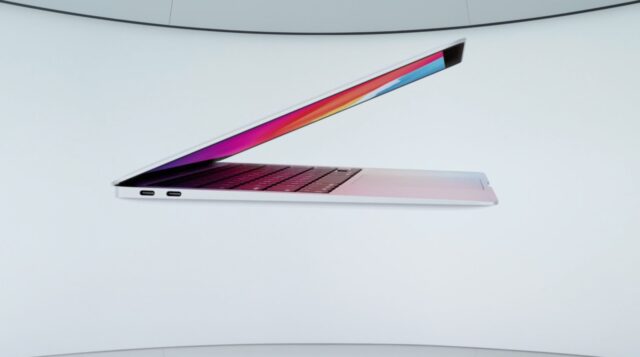 Never has there been more enthusiasm about a new MacBook as perhaps now. And the reason is all too obvious, for it is the first time that Apple would be transitioning to its own chips named Apple Silicon or just M1 to power the new generation of MacBook and Mac Mini range of devices. Specifically, it is a new MacBook, MacBook Pro, and Mac Mini desktop that the Cupertino giant has come up with.

Unfortunately, though not surprisingly, Apple isn’t showing off any raw figures to highlight the CPU’s capability. Rather, in a manner that again is typical of Apple, the company claimed the new range of MacBook and Mac Mini devices equipped with the M1 chip can deliver 3.5x faster processor performance and 6x GPU performance over the preceding models. Also, the new chip will allow for 15x faster machine learning and 2x longer battery life as well compared to the previous generation devices.

The new Apple Silicon built as per 5nm nanotechnology process however has its roots in the A14 Bionic chip that powers the iPhone 12 range as well as the new iPad Air. That way, it comes with an 8-core architecture, with half of the cores being of the high performance types with the remaining serving as efficiency cores. There is the integrated 8 core GPU as well, as is a 16 core neural engine. Then there is the Secure Enclave too to provide for the best security and privacy parameters.

In what can be considered one of the biggest advantages with Apple given its control over both the hardware and software side of the devices, the new M1 chips have been conceived to deliver optimum performance with the new macOS Big Sur version. The result is top-notch performance and security while also delivering best-in-class battery life as well.

Also, with the M1 having the same basic core architecture as the A14 Bionic chip used on the latest iPhone 12 and iPad devices, apps designed for the latter would also be compatible with the M1 powered MacBook and Mac Mini devices. Developers too will find it easy to develop apps for either platform with the least of hassles.

As for the hardware that Apple introduced, there is the new MacBook Air that comes with a 13.3-inch Retina display, up to 16 GB of RAM, 2 TB of SSD storage, and a Secure Enclave. Battery life quoted is an impressive 18 hours, which is the highest any MacBook has ever had so far. The new M1 powered MacBook Air is priced at $999 which comes to around Rs. 74,250.

Next comes the MacBook Pro that also features a 13.3-inch display and is projected as the world’s fastest laptop computing device. That again does not come at the expense of battery life which is claimed to offer 20 hours of video playback time. The laptop also features an advanced cooling system and is priced at $1,299, which roughly translates to about Rs. 96,500.

Lastly, there is the Mac Mini desktop that Apple said will have a 6x faster performance advantage over its nearest competitor. The new Mac Mini is priced at $699 which is about Rs. 52,000 as per present conversion rates.