Home News Apple iPhone 13 will launch on schedule in September 2021, rumoured to... 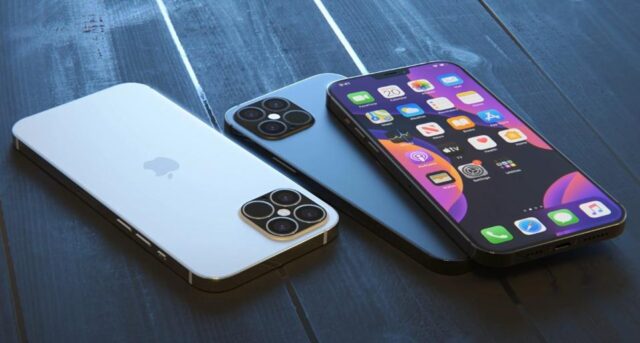 The iPhone 12 may have stuck to its usual fall launch schedule though it took more than a month post that for the device to eventually land up with the buyers. The reason should not need any explanation as the Covid-19 pandemic wreaked havoc with schedules worldwide and all subsequent product launches got delayed.

However, the good news on this front is that the next iPhone model, the iPhone 13 is all set to be on track for a launch and subsequent shipping within the fall season itself. Of course, this isn’t a confirmed piece of news though it comes from noted Apple leakster Ming Chi Kuo. And Kuo has been really fantastic with his Apple-related predictions over the years.

According to Kuo, the iPhone 13 will be entering mass production by the summer of 2021, followed by a launch in September. By October, it should be readily available anywhere in the world. The iPhone 13 is expected to come in four models similar to what it is with the iPhone 12.

The iPhone 13 is also speculated to come with some major enhancements with the camera feature. That includes a bump in the capability of the ultra wide-angle lens which this time is tipped to come with a lens of f/1.8 aperture. Also, it likely will be a six-element or 6P lens with autofocus that will be making it to the iPhone 13 model. This will make for a significant improvement over the f/2.4, 5P lens with a fixed focus that the iPhone 12 comes with.

Meanwhile, another rumour source is claiming that the iPhone 13 will come with a ProMotion display. According to TheElec, the rumour that owes its origin in supply-chain sources is also claiming that the iPhone next year will also be featuring an always-on display as well. The report also added that it is LG Electronics that would be supplying the OLED panels for the same.

Further, it is going to be the low-temperature polycrystalline silicon or LTPS display with thin-film transistors TFT that the iPhone 13 will likely be coming with. The LTPO displays – ProMotion displays in Apple-speak – allow for variable refresh rates, varying from a low base rate which is power-friendly to scaling up to a max refresh rate of 120 Hz that allows for smooth scrolling but is battery-intensive.

The iPad Pro already comes with ProMotion displays and was speculated to be available on the iPhone 12 Pro versions as well. While we missed out on that, maybe that is going to be a reality with the iPhone 13 Pro models due out next year.