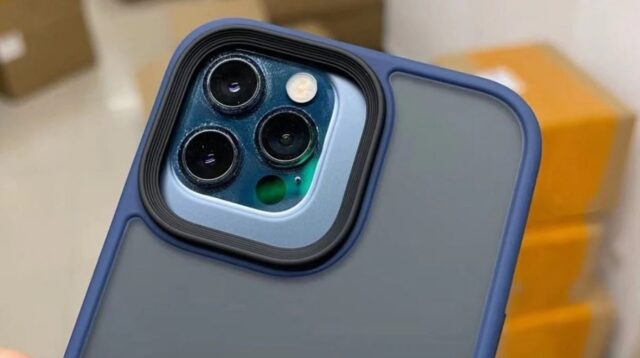 Apple is all set to launch the iPhone 13 later this fall, and the phone has already been the subject of numerous rumors and speculation. The latest that we have here is the one that is claiming the forthcoming iPhone model will come with a larger camera module than what we have with the iPhone 12.

Tipster UnclePanPan took to Twitter to share an image of what he is claiming to be the case of the upcoming iPhone 13 Pro Max with the iPhone 12 Pro Max held inside. The difference in the size of the camera module is evident right away, with that of the iPhone 13 Pro Max extending to cover almost half of the rear of the phone.

Now with a camera module that big, UnclePan opines there could be larger sized sensors on the iPhone 13, or maybe even more than three sensors as well. The module though will continue to have the same square shape with rounded corners, similar to what it is with the iPhone 12 series.

However, in a strange twist to the entire development, another tipster, DuanRui is contradicting what UnclePanPan is claiming. Instead, what DuanRui has to state is that the image shared by UnclePan is actually that of the iPhone 12 Pro held inside the case of an iPhone 13 Pro. Even if that is correct, the increase in the size of the camera module is too large to be missed.

Also, this could also be an indication of the rumors of iPhone 13 Pro cameras coming with sensor-shift stabilization technology could be correct after all. The technology right now is present in only the top iPhone 12 Pro Max model and could filter down to the base Pro model as well in the iPhone 13 line-up. More details on this are awaited.

Meanwhile, what also seems obvious is that Apple would be sticking to the iPhone 13 naming scheme for the forthcoming version. Some however believe the company might resort to referring it as the iPhone 12s version as well, as is usually the case with iPhone models that offer a minimal upgrade over its predecessor.

As it is, there are those with triskaidekaphobia or fear of the number 13, and the same group is hoping Apple skips the numbers for the upcoming model. It now remains to be seen how things pan out on this front if Apple names its upcoming iPhone as the iPhone 12s or iPhone 13.