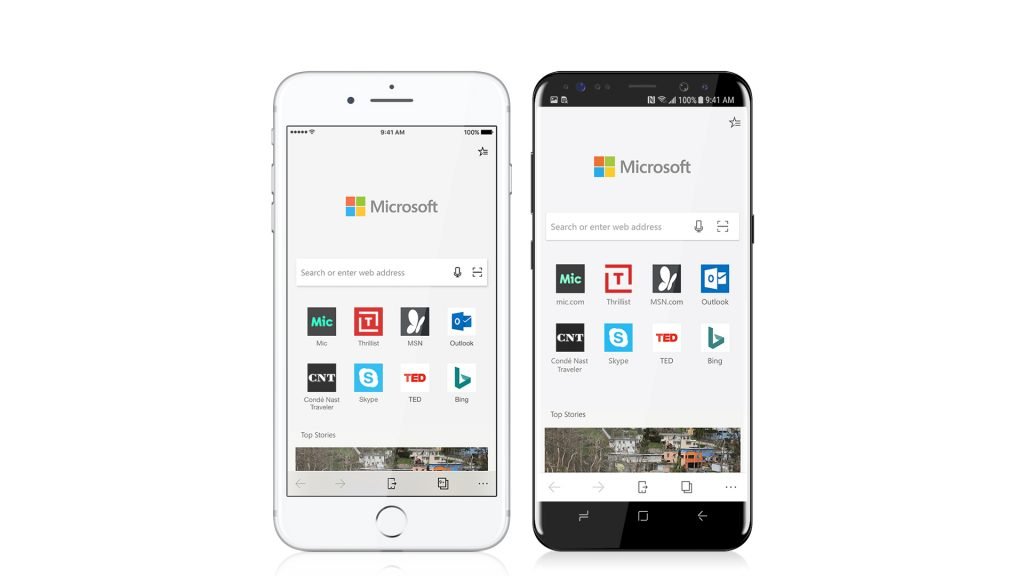 The month of October marked the introduction of the preview version of Microsoft Edge for iOS as well as Android users. This was done in order to test the browser’s compatibility with various phones and similar devices. After the initial testing phase, Microsoft has finally removed the “preview” tag from the browser which is designed to be used on Android and iOS devices.

The new development for Android and iOS platform brings well-known features such as Reading List, Reading View, New Tab Page, Favorites, as well as Roaming password option across your PC, phone or any similar device. Microsoft has a unique feature with the help of which you can switch immediately from mobile device to your PC with the same page that you are accessing at that very moment. You can also save the same for later.

1. Roaming Passwords: With the Microsoft Edge browser, when you save a new password for your account on your phone, the same is transferred to all the associated devices. You are free from the hassle of entering the login details everywhere you want to access your account.

2. Dark Theme: In addition to the themes present in your device, the new browser has a popular theme that enhances your overall phone and PC experience.

The browser is available for iOS users in the market with languages such as English (United States), Simplified-Chinese (China), French (France) and English (United Kingdom). For Android users, the following countries can access the browser with associated languages like Australia (English), United States (English), Canada (English and French), France (French), the United Kingdom (English), China (Simplified-Chinese), and India (English). Microsoft is now planning to extend its market base to other countries and languages as well.