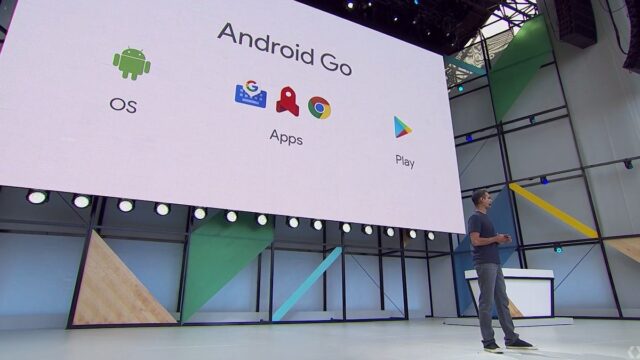 Google just announced Android Go at its annual Google I/O conference on Friday. The new initiative is rather similar to Android One, though it appears the project isn’t entirely aimed at emerging markets.

The idea behind Android Go is to ensure that the OS runs without any hiccups even on low-specced devices. Android Go will be available on devices even with less than 1GB of RAM, as the UI and build only take about 512MB of space.

In addition, Android Go will offer its own version of the PlayStore to ensure users download toned-down versions of some of the most commonly used apps.  Users are likely to come across apps like Facebook Lite and YouTube Go on devices running Android Go.

For obvious reasons, one would assume that the new project is primarily aimed at emerging markets, but it seems that’s not entirely the case. Despite the fact that Google’s new project is aimed at devices which sell as low as $100, the company plans to make Android Go available for everyone across the globe. According to a report, the United States happens to be the second largest market for entry-level handsets across the globe.

Google further announced that all smartphones featuring 1GB of RAM or less will come pre-loaded with Android One. Besides, the company also said that Android Go won’t replace Android One.

As far as functionality goes, Android Go will come with a Recent View menu screen which should improve the overall performance and reduce memory consumption. Google will also kill the cards view with a full preview so that users can simply swipe between them. Google also said that entry-level smartphones users are not so heavily into multitasking, as they usually stick to 3-4 applications at a time.

Elsewhere, Google also revealed some key stats about its Android OS during the keynote at Mountain View. The company announced that around 2 billion devices worldwide currently run on Android OS. Besides, around 82 billion apps were downloaded last via the Play Store.