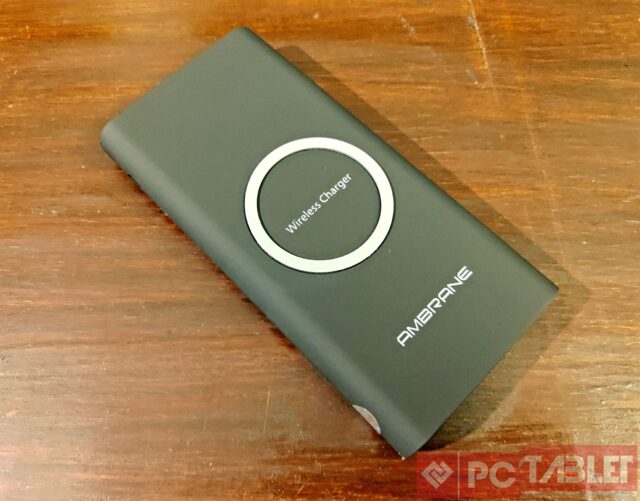 We got our hands on the PW-20 model and here is our review after a week of extensive use.

A number of manufacturers are turning to PVC material for making power banks unlike the ones with metal housing, which were popular a while back. This power bank also comes with a high-quality plastic outer shell with a matte soft-touch texture on top.

On the face, you would find the wireless charging ring, which marks the area where you need to place your compatible smartphone. The ring has a rubber texture as well, in order to avoid sliding of the smartphone. 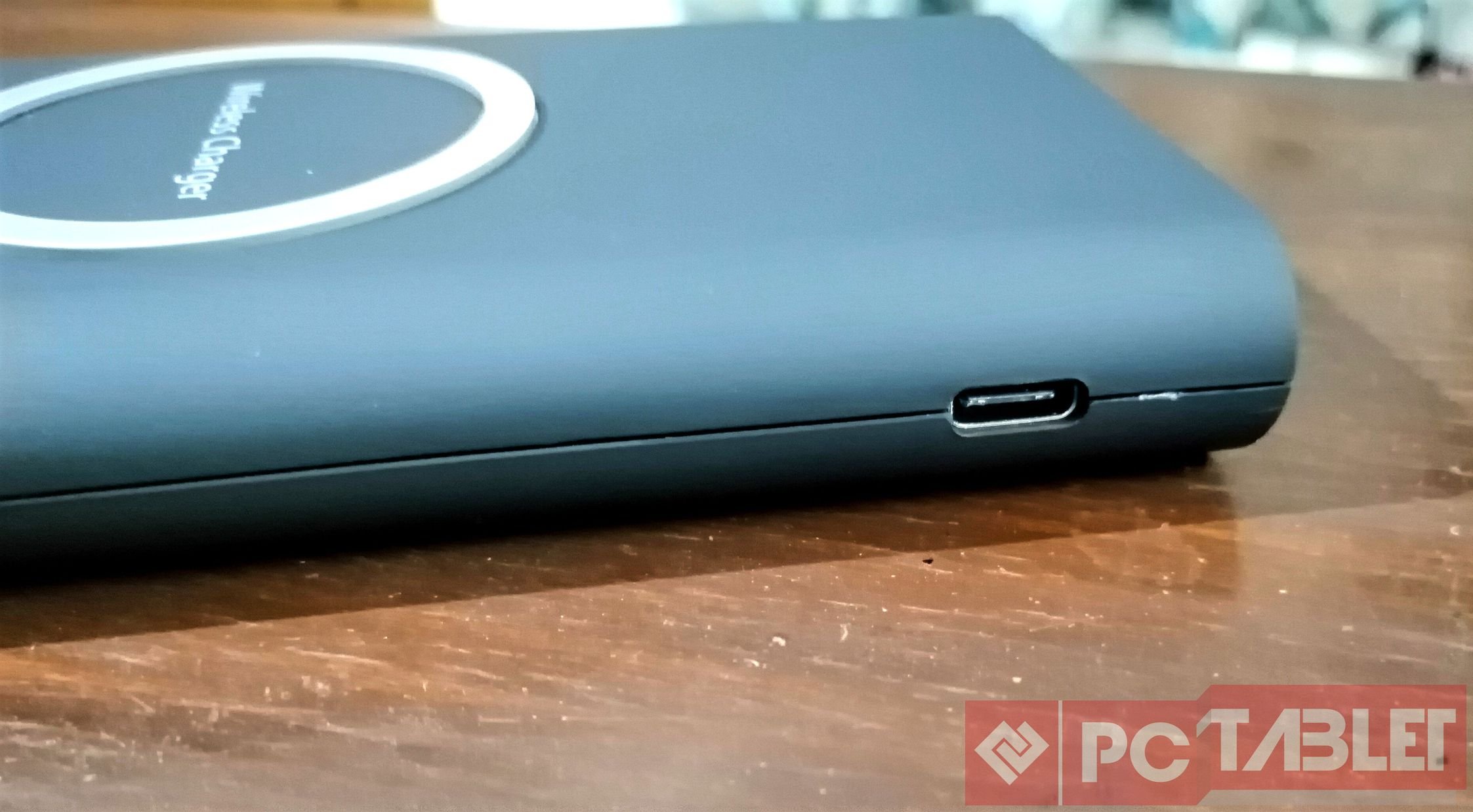 The power button and the single USB port are placed on the top, along with an LED strip which changes colors based on the charge stored in the power bank. The micro USB port used for charging the power bank itself is placed on one side. The max output via the USB port is DC 5V/2.1A with the ability to charge multiple devices at the same time (the second one being charged wirelessly)

The power bank is lighter when compared to similar capacity power banks.

The power bank comes with overload protection which helps with the performance. The power bank on paper has a 10,000 mAh capacity but it only outputs up to 8,000 mAh which is up against the competition. The output via the USB port as previously mentioned is DC 5V/2.1A. Now, this charging speed is close to the Quick Charge 2 standards.

Perhaps the highlighting feature of the power bank is the added wireless charging support. Now according to Ambrane, the wireless charging output is capped at 5W and is a Fast Charger. We wouldn’t call it a fast-wireless charger since most of the fast ones provide an output of 10W. We managed to charge a 3,300 mAh battery smartphone twice with a little charge left. 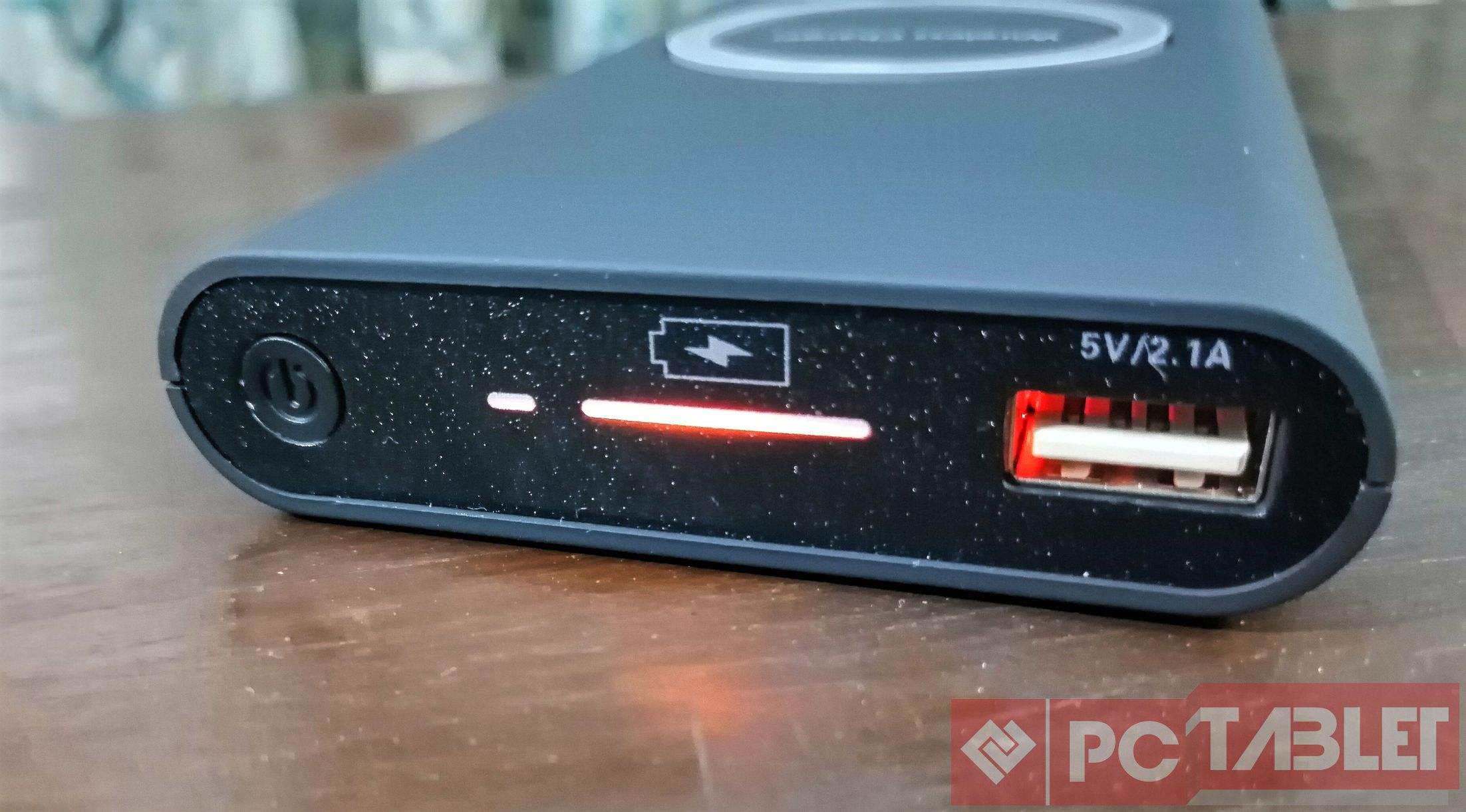 During the charging process, we didn’t encounter any heating and the power bank. Talking about charging the power bank itself, the unit took close to 10 hours for full charge.

If you are in the market for a new power bank which not only gives you the traditional USB support but adds wireless charging as well, then this product is definitely for you. The Ambrane PW-20 wireless power bank brings a nicely made product at a very competitive price point.

The power bank is available on every major e-commerce platform and offline stores.

Top 5 Tablet options for your kids; grab them soon

Nokia G21 Android Smartphone Review – Nokia finally getting the basics right with this one!