Altec Lansing is often considered a pioneer of the audio devices world of the yester-years, but lately, the company has been trying to make a comeback with its range of affordable premium earphones and headphones.

Upon first look and touch, the Altec Lansing MZW300 feels light and a shade too plastic. I haven’t had much trouble with the unit, but it does not seem like a long lasting one. On the plus side, though the plastic build makes it extremely light. It is disappointing to see that the headphones can not be folded from the side. Sheds some light on its non-portability. It is very comfortable to wear, and the cushions on either lobe and above the head just add to it.

Strangely enough, the control centre is on the left side. By ‘control centre’ we mean the volume control and a multifunctional power button that is also used for pairing purposes. The left side has the jack along with the controls. So, if Bluetooth is not an option, an AUX works too.

The lack of finesse in the build is often made up for by the sound in headphones. This one almost succeeds in doing that. The deep bass may work for some people but is often annoying. The sharp highs do not help with the comfort in sound, either. The piercing effect can sound great at times, but also have the potential to ruin a Rahat Fateh Ali Khan song. 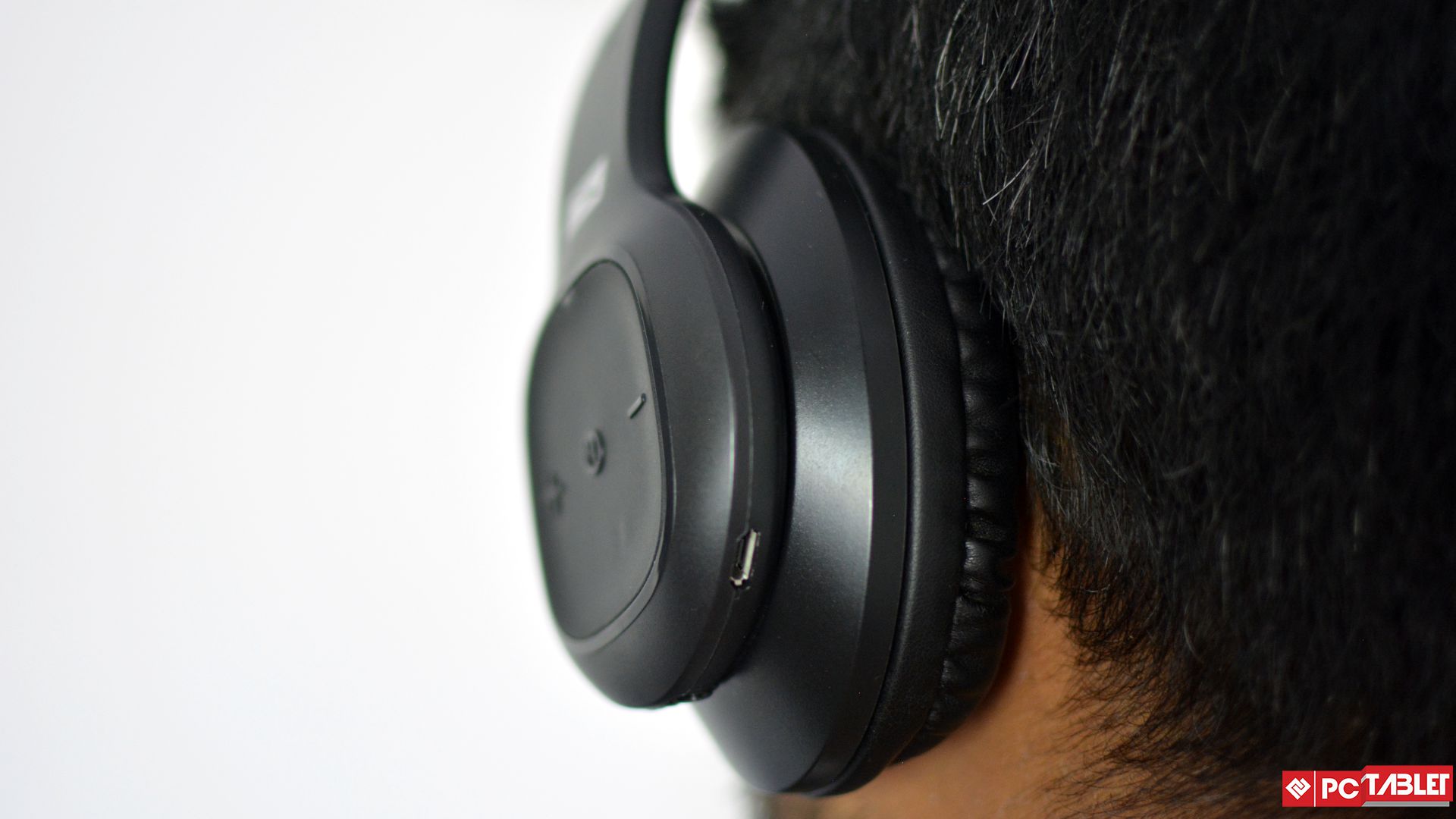 As far as the mids are concerned, there is not much fault. Its subdued nature will do its best to have a calm and soothing effect. Sitting in an armchair and sipping on your favourite juice along with good music gets much better.

There’s not much detail in the sound, and I would not compare it to its counterparts such as the ones from Skullcandy and even Brainwavz. But, considering that the Altec Lansing MZW300 is cheaper than all their similar Bluetooth renderings, I would forgive only some faults.

The sound staging is not ample with its roll off, but it does somewhat associate to the quality that we expect from Altec. If there are too many instruments playing at a time, it is hard to identify all the details. I would not use it for recording and testing purposes, but it is perfect for sitting out on the rooftop enjoying the sunset.

The best part about its sound quality is the vocals. While taking calls, there was no trouble whatsoever. As is the case with most Bluetooth headphones, this one did not have the issue of inaudibility.

The Bluetooth range is decent. A 2bhk flat should not be a problem. A solid battery life gives a good ten hours of continuous music. It takes not more than 45 minutes to charge fully. The LED indicator on the left goes red when the battery is low.

Going by Altec’s reputation, this is not the best one can get. However, there aren’t many Bluetooth renderings out in the market at this price, that perform alright. The build and sound both may have some issues, but the device is not disappointing by any measure.