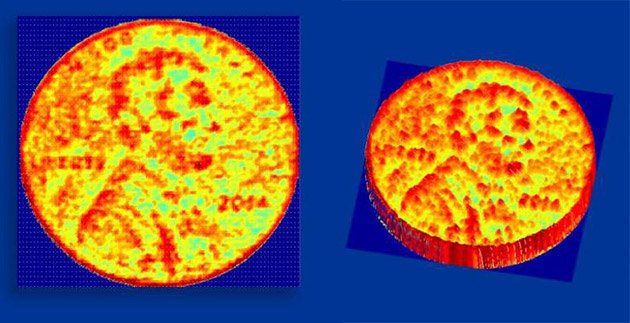 3D printing is so last year and scientists and researchers are now moving ahead to provide 3D image scanning to your Smartphone. For 3D printing to actualy start a user needs a 3D model of the object to be printed. The current generations of 3D scanner are bulky and expensive. A Research Team at California Institute Technology has designed a Camera Chip which is cheap and small and can be integrated within a mobile phone.

According to Ali Hajimiri, Thomas G. Myers professor of Electrical Engineering at Caltech “The small size and high quality of this new chip-based imager will result in significant cost reductions, which will enable thousands of new uses for such systems by incorporating them into personal devices such as smartphones,”

The Team claims that the 3D scans are so precise that it can lead to replicas accurate within microns of original object. The tiny chip can fit in a normal mobile phone and users can take prints from 3D printer of any image they have scanned using the 3D chip. The Technology is based upon a tiny and inexpensive device called Nanophotonic Coherent Imager (NCI). The device uses an established technology called LIDAR. The device captures the length, depth and width of an object by immersing in laser beams. The bounced of light is used to collect the data about the size and other details.

Caltech’s current prototype can scan only small items at the moment. The first proof of concept of the NCI has only 16 coherent pixels, meaning that the 3-D images it produces can only be 16 pixels at any given instance. In the future the current array of 16 pixels could also be easily scaled up to hundreds of thousands.