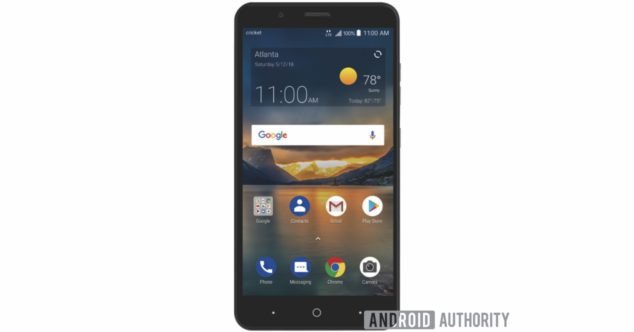 Just four days before the start of the Mobile World Congress, an image of the ZTE Blade X2 Max has been revealed, one of the terminals with which the Chinese brand will attend the Barcelona event.

The rumors and the pools focused on the ZTE Blade V9, which will be released from next February 26 in Barcelona. But in addition to that terminal, will present another of its proposals for the year, it is the Blade X2 Max, which we have seen the first image.

The ZTE Blade X2 Max will see the light, probably, in the middle – end of May, so its commercialization could begin in May. His role will be to replace his predecessor, the Blade X Max.

Its predecessor, whom they want to overthrow in terms of sales, had very interesting technical features, such as a six-inch Full HD screen, 2 GB of RAM, Snapdragon 435 processor, 32 GB of storage, a 13-megapixel camera, as well as a front five megapixels, and with a battery with the negligible capacity of 3,400 mAh. The price of the ZTE Blade X Max was $149, today, Amazon or eBay offer us better deals.

Regarding the ZTE Blade X2 Max there is still no official information of the technical characteristics, but, so you can deduce several things. Possibly it will mount a Full HD screen of six inches, its processor will most likely be the Snapdragon 450, the RAM will be between the two and the three GB, it will keep the 32 GB of storage of its predecessor. As for the battery, it is more likely to have greater capacity than the 3,400 mAh of the previous model. It is not ruled out that it has a USB-C port.

In the filtered image it is seen that it has no fingerprint recognition, so, as it happens in other models, it could have it in the back part. Regarding the operating system and the price, without being able to assure it, the most probable thing is that it counts on Android 8.0 Oreo and moves between 150 and 200 dollars.

It will be the Mobile World Congress in Barcelona, which opens its doors on Monday 26, who clarifies the doubts that remain to be resolved. ZTE, in addition to this Blade X2 Max, will present to the public its Blade V9, the first mobile of the Chinese manufacturer with 18: 9 screen, with which it hopes to try to gain a foothold in this difficult sector.