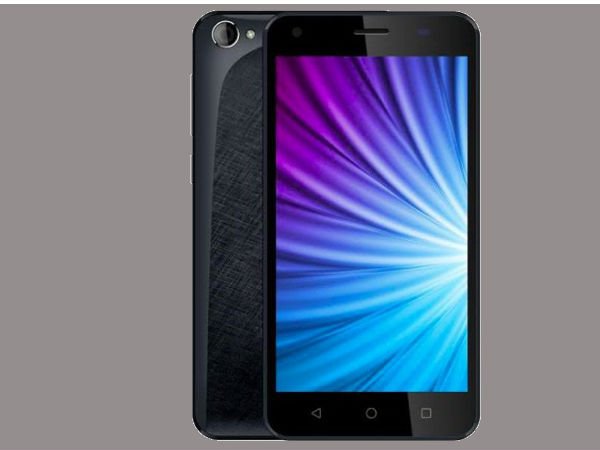 Indian smartphone brand Ziox Mobile has launched the new entry level smartphone, the QUIQ Aura 4G in the Indian market today. The phone comes with a price tag of INR 5,199 and currently available for the purchase on the country’s leading online retailer SnapDeal.

Coming to the specifications, the Ziox QUIQ Aura 4G smartphone comes with a metal back finish and 5 inches 720p HD display with a 2.5D curved glass on the top. The phone is powered by a Quad Core SoC clocked at 1.3GHz and coupled with 1GB of RAM. The smartphone has a 16GB of internal storage which is further expandable up to 64GB via microSD card. The smartphone runs on an Android 7.0 Nougat operating system out of the box and there is no news about if this phone is getting the next version update or not.

There is a dedicated fingerprint sensor situated at the back of the device and it comes with a 21 Indian language support. The phone comes with a 4G VoLTE/ViLTE(Video over LTE) support and it fuelled by a 3,000 mAh Li-ion battery. On the camera front, there is a 5MP rear optics which come with f/2.2 aperture and single LED flash. While on the front, there is a 5MP lens comes with single LED flash. The another interesting feature of the phone is that it supports OTG.

The phone is also enriched by Gravity, Proximity and Light Sensors and it is also GPS Enabled. To recall, the company previous offering was Astra Titan 4G smartphone which was released two months back and comes with features like 5 inches HD IPS display which comes with 2.5D curved glass and Dragontrail glass protection. The phone was powered by 1.3GHz quad core SoC which paired with 1GB RAM. The phone adheres a 5MP optics on front and the back.