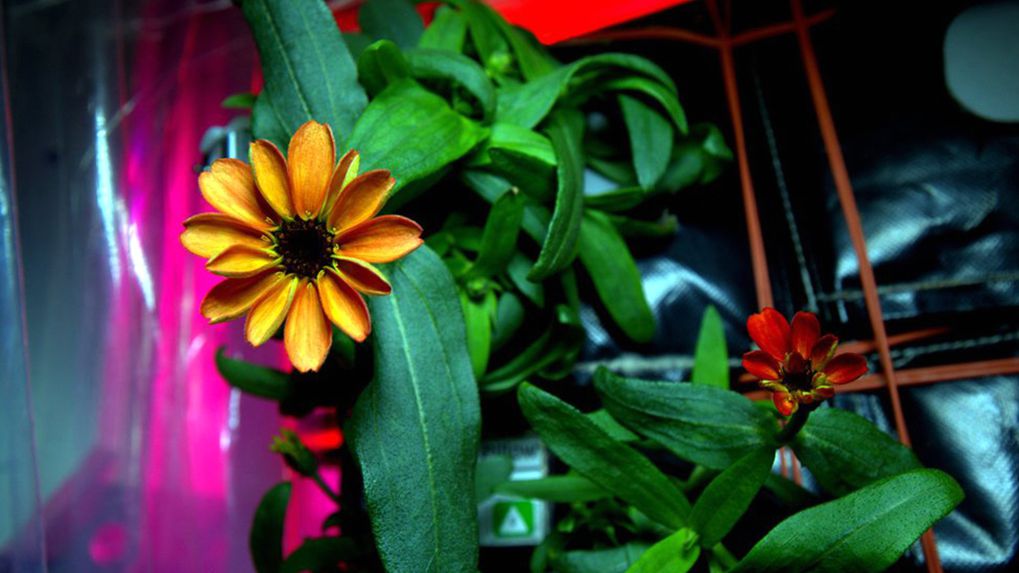 With this new accomplishment, the chances of space explorer’s dream of producing the fresh product while on the mission have increased manifold.

Scot Kelly, an American astronaut, engaged in the space work since March 2015 who also doubled up as a resident gardener shared on Twitter how successful he was in making a brightly hued Zinnia bloom.

According to Kelly, it was a major accomplishment as almost a month ago the plants were covered with molds and shrunken. What’s more, development of molds in space was also the cause of curiosity, and hence, researchers collected these molds, froze them so that they can be studied on Earth.

The scientists on Earth have fondly termed the flowering experiment as ‘Veggie’ and are now going to examine the whole process, so that information about how the plants can be grown in microgravity is revealed.

The study of growing fresh produce in space, especially the quick-sprouting Zinnias is of great significance for the astronauts so that they can have their food source aboard while on a longer space missions in the posterity.

According to a NASA Kennedy Space Center’s project scientist, Gionia Massa, availability of fresh food source in space is a highly critical.

Massa, who is also the brain behind ‘Veggie’, was speaking during a telephonic interview with The Christian Science Monitor and said that the longer and farther men go away in their space explorations, greater will be the requirement for plants that can be grown in space.

Presently astronauts have to rely on freeze-dried foods for living that can withstand prolonged storage. Although fresh vegetables and fruits are often sent along with the regular space station supplies, they do not last long.