YU Yunique, Yuphoria, Yureka Plus Deals and Discounts on Amazon and Snapdeal 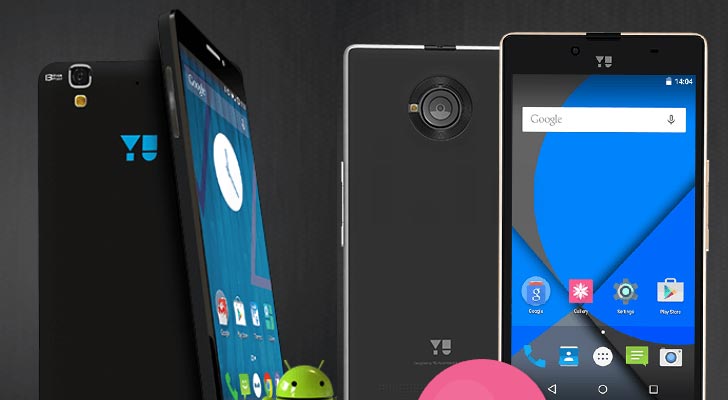 YU Televentures, which is a joint venture of Micromax Informatics Ltd. and Cyanogen Inc., has announced the open sale of its all three budget 4G LTE smartphones – YU Yunique, YU Yuphoria and YU Yureka Plus on 12th October, 2015 at Snapdeal and Amazon India.

By Diwali 2015, YU aims to sell total half a million units of its smartphones. YU has also extended its service centers to about 800+ in 600+ cities and towns alongside with the ‘Onsite Doorstep Service’ across 283 cities in India. 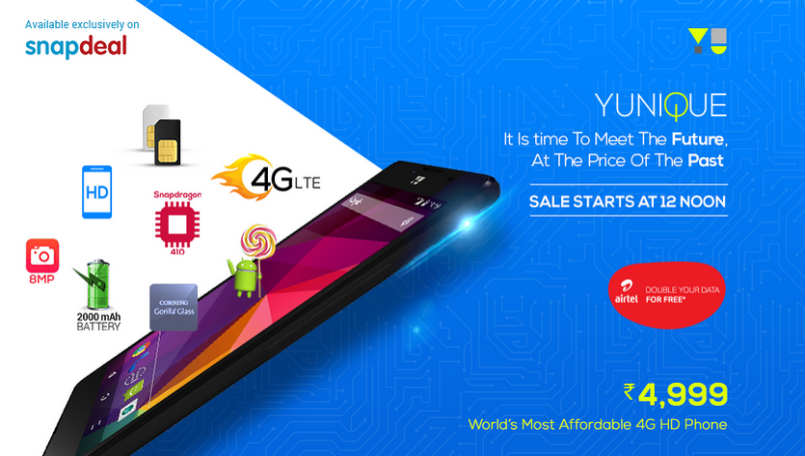 YU Yunique features a 4.7-inch HD (1280 x 720p) display, which is protected by Gorilla Glass 3 on top. Powered by 64-bit Qualcomm Snapdragon 410 Quad Core processor clocked at 1.2 GHz and paired with 1GB DDR3 RAM and Adreno 306 GPU, the handset offers 8GB of internal storage, expandable up to 32GB via a microSD card.

The YU Yunique sports an 8MP AF rear camera with LED flash, which is capable of recording FHD videos at 1080p. On the front, there is an 83-degree wide-angle camera. The smartphone runs on Android 5.1 Lollipop operating system or Cyanogen OS 12.1 (optional).

The handset is fueled by a 2,000 mAh battery, which company touts to offer 7 hours of Talktime on 3G and standby time up to 345 hours.

The handset sports an 8MP AF rear camera with LED flash support and Full HD video recording capability. And there’s a 5MP FF camera on the front. Out of the box, the YU Yuphoria runs on latest Cyanogen OS 12 (Android 5.0.2 Lollipop).

On the camera front, the smartphone sports a 13MP AF rear snapper with LED flash support and a 5MP FF front camera for selfies and video calling. The rear camera is capable of recording FHD videos at 1080p.

Out-of-the-box, YU Yureka Plus runs on Cyanogen OS 12 (Android 5.0.2 Lollipop). A 2,500 mAh battery, which company claims to deliver 8 hours of Talktime and 210 hours of standby time completes the package.