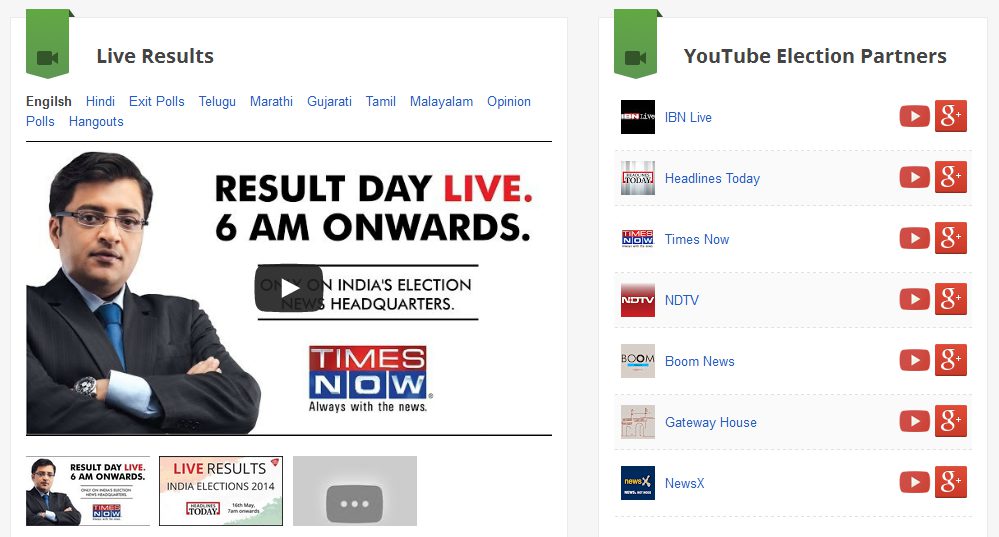 Election action has almost come to an end. Now we as we had expected earlier, all the action will be seen shifting to Delhi, as Indians all over the world will have excitement for the verdict of the world’s largest democracy.

But in this modern world of technology, you don’t really need to be physically present in Delhi to be a part of it. YouTube is going to be your one stop source of news on Indian Elections 2014 and will deliver the bells and whistles live.

On YouTube, viewers will offered with all the counting day action, as soon as it unfolds live across all the Television news networks, who are all set to live stream their broadcast on YouTube through the day.

Viewers all over the world will witness the very special election coverage and programs of various news organizations live on YouTube.

For this huge cause of action, YouTube is already in the partnership with all leading broadcast news players, which will be bringing live news to users for the elections results.

Users will be awarded with the avenues to follow all the action by choosing their favorite news outlet including regional news channels and stay tuned to the news in the language of their choice.