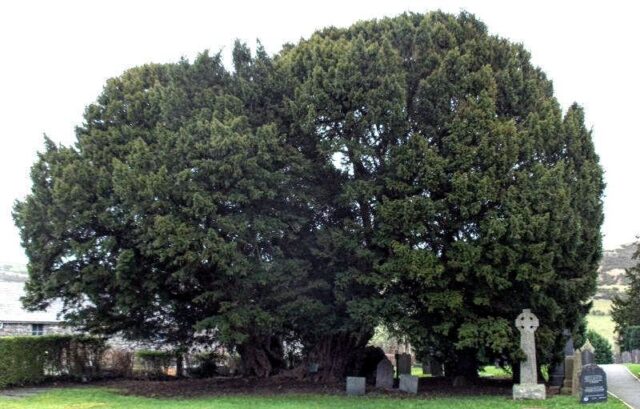 Scientists have discovered an endangered tree species whose existence predates more than 1,300 years ago. The tree species scientifically named Taxus Chinensis was discovered during a census in Hunan Province in Central China.

Officials reported that the plant commonly known as the Chinese Yew exists in the Shunhuangshan National Forest Park located near the city of Yongzhou in Dong’an County.

The county’s forestry bureau reported that the tree’s height reaches 35 metres while its diameter measures 2.2 metres, meaning the tree is quite large at maturity.

The leaves measure up to 4 centimeters long and are larger than the leaves of regular yews. The underbelly of the leaves is characterized by two yellow strips and small projections and a sharp apex.

The officials also reported that three trees of the Taxus Chinensis species have been discovered, all well persevered by the local villagers.

Scientists used a scientific method of dating called tree-ring dating to determine the age of the tree. It involves studying the patterns of the tree rings also known as growth rings.

The plant also has some medicinal value. The tree produces Taxol or Paclitaxel, which are used to make treatments for cancer.

Experts believe that the tree species has been in existence for more than 2.5 million years. The tree’s ability to produce Taxol is one of the reasons why it is almost extinct.

Over the years, man has been busy cutting down most of the Taxus Chinensis trees to manufacture treatments for cancer.

The plant has numerous other uses and is thus is subject to extinction. Luckily, the newly discovered plant is protected under international laws and special local regulations.