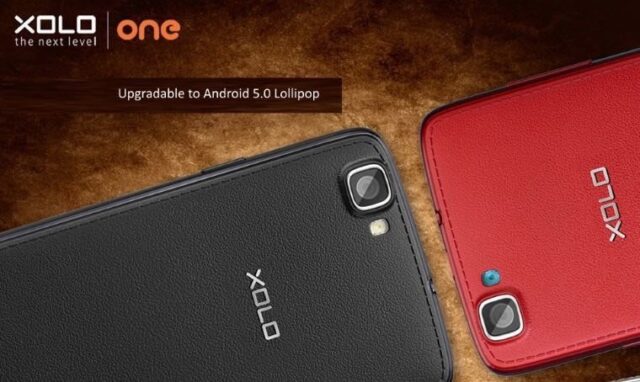 Xolo said that the Xolo One smartphone can be upgraded to Android 5.0 Lollipop. The company rolled out the update to the new version of the OS today. The news can be confirmed on the XOLO support webpage, where users can manually download the update. The users can also alternatively update their phones via OTA.

The Xolo One smartphone was launched in the market in October 2014. Most of the phone’s features resembled those of other smartphones commonly seen in the market. It came with a 4.5 inch screen which featured a display of 854X480 pixels display. The handset deploys MediaTek MTK 6582M SoC and runs on a 1.3 GHz quad-core CPU paired with 416 MHz Mali 400 GPU. Pointing out the other specifications of the phone are concerned, they were quite in line with the price range of the phone. The phone had 1 GB RAM along with an internal storage space of 8 GB. The company allowed for expansion of the internal storage space to up to 32 GB.

Other features of the phone include a front camera of 5MP fitted with BSI sensor capable of offering fixed focus. Apart from this, the Xolo One also featured a host of other sensors, including accelerometer, proximity sensor and ambient light sensor.

It also offered connectivity options such as Bluetooth and Wi-Fi. It had a Bluetooth 4.0 and 802.11b/g/n Wi-Fi. The complete package included a 1700mAh battery. The company said that the battery can provide 8 hours of non-stop talk time on 3G and on 2G networks, it could last for up to 19 hours. The special attraction for the phone remains its back cover which is essentially a leather back cover. The phone can be bought in different colors, such as black, white, red and brown.

The company said the latest update would bring about changes in Material Design and improved notifications. In addition, it would also add a few more hot keys on the lock screen. The update could also be expected to improve the battery settings.