Xiaomi Redmi Pro is scheduled to launch on July 27 at a launch event to be held in China. According to initial reports, the upcoming Xiaomi Redmi Pro will feature an OLED display, dual cameras, and Helio X25 deca-core processor. This was revealed in a couple of new video and image teasers released by Xiaomi.

While the teaser showcases the celebrity Chef Liu Shi Shi cooking an OLED PING, it also reveals dishes like “ten nuclear double stem head” and “brushed gold potato” being prepared by Liu Shi Shi and “Mentor” Liu Hao respectively. The first dish on the teaser has been translated into English, while the other two dishes are in the Chinese language. However, the profile images of celebrities have been displayed with a play button on them. 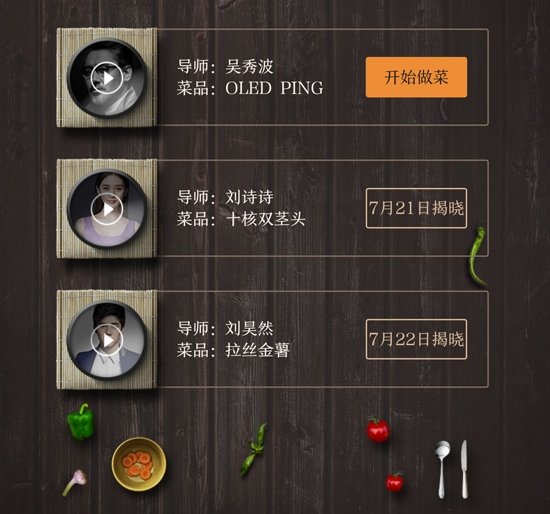 The video teaser available on Weibo spans over one minute and 10 seconds where the celebrity chef was seen explaining the probable features of Redmi pro in a different style and tone. Initially, he walks from the far end and displays preparation of dishes in a variety of colors.

We spotted white particles being sprinkled from the top and yellow substance being poured into a vessel and placed inside an oven. Towards the end, you will view a blue ray of light will be emitted from the surface and the device will be slowly rolled out with a caption “OLED PING”.

On the specifications front, the Redmi Pro features a 5.5-inch FHD display, 4GB RAM, up to 128GB of expandable internal storage loaded with MIUI 8 based on Android 6.0 Marshmallow.

As per an image which was leaked last week, the dual camera has been placed on the rear with a fingerprint sensor in the middle. Moreover, the Redmi Celebrity was seen holding the device at a particular angle, which clearly revealed the presence of the dual camera including the traditional Mi logo. Interestingly, we are unable to find the speaker grills on the rear side.

Talking about the pricing, the Redmi Pro will be priced around Rs. 30,000 because of integration of advanced features and premium specifications.