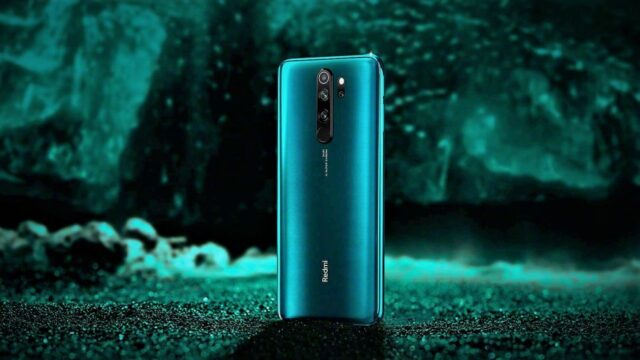 Xiaomi’s sub-brand Redmi has today unveiled the much anticipated Redmi Note 8 & Note 8 Pro under the 8th-gen Note lineup at an event held in Beijing. Alongside, the company has also launched RedmiBook 14 Pro laptop and a 70-inch Redmi TV for the Chinese market.

Notably, being the expensive one of the two, the Redmi Note 8 Pro offers a 64MP camera and MediaTek Helio G90T SoC as its main highlights. The regular Note 8, on the other hand, touts Qualcomm Snapdragon 665 SoC and a 48MP camera. Let’s have a look at their specifications and features in detail.

As for the specs, the Redmi Note 8 Pro comes with a 6.53-inch IPS LCD display with a Full HD+ resolution of 1080×2340 pixels and 19.5:9 aspect ratio. The phone offers a water-drop notch at the top and gets Corning Gorilla Glass 5 protection on both front and rear.

As noted, the phone gets powered by the recently launched MediaTek Helio G90T chipset, coupled with up to 8GB of RAM and 128GB of internal storage. This 12nm-based chipset brings in certain optimizations for gaming in the form of HyperEngine, Game Turbo 2.0 mode, followed by improvements for network speed and lower touch latency. Interestingly, it’s also the first Note from Xiaomi to boast liquid cooling technology.

For photography, the Note 8 Pro gets a total of four cameras at the back. This includes a 64MP Samsung ISOCELL GW1 primary sensor with f/1.7 aperture followed by an 8MP wide-angle shooter with 120-degree FoV. Furthermore, there’s a 2MP depth sensor and 2MP macro camera. For selfies, the device gets a 20MP front camera housed underneath the water-drop notch.

On the software front, the handset runs MIUI 10 based on Android 9 Pie. Besides, it packs in a massive 4,500mAh battery with support for 18W fast charging. Other features include NFC, USB Type-C port, 3.5mm audio jack, IR blaster, and IP52 certification.

The Redmi Note 8, on the other hand, touts a smaller 6.39-inch full-HD+ LCD display. Just like its elder sibling, it features a water-drop notch on the top and flaunts Corning Gorilla Glass 5 protection on both sides.

Powering the phone is the octa-core Qualcomm Snapdragon 665 SoC at its core, seen lately on the Mi A3 (review) and Realme 5. In the camera department, it gets a 48MP Samsung ISOCELL GM2 as its primary sensor. Rest of the sensors are exactly the same as the Note 8 Pro. Whereas, for selfies, there’s a 13MP selfie camera housed in the dot-notch.

Amongst other specifications, the Note 8 features a slightly smaller 4,000mAh battery but gets the same 18W charging compatibility. Connectivity options too stay the same as its elder sibling.

As mentioned, the RedmiTV is a smart TV set with a 70-inch 4K HDR panel having minimal bezels. The TV supports Dolby Atmos audio as well as DTS HD and gets three HDMI ports, two USB ports, and WiFi dual-band as primary connectivity features. It comes with quad-core SoC, 2GB of RAM, 16GB of internal storage and is priced at 3799 yuan (roughly around INR 38,000).

Having said that, the Redmi Note 8 will be sold in three colours – Dream Blue, Meteorite Black, and White. Whereas, the Note 8 Pro will be available in Pearl White, Ice Emerald, and Electric Light Grey colour options.