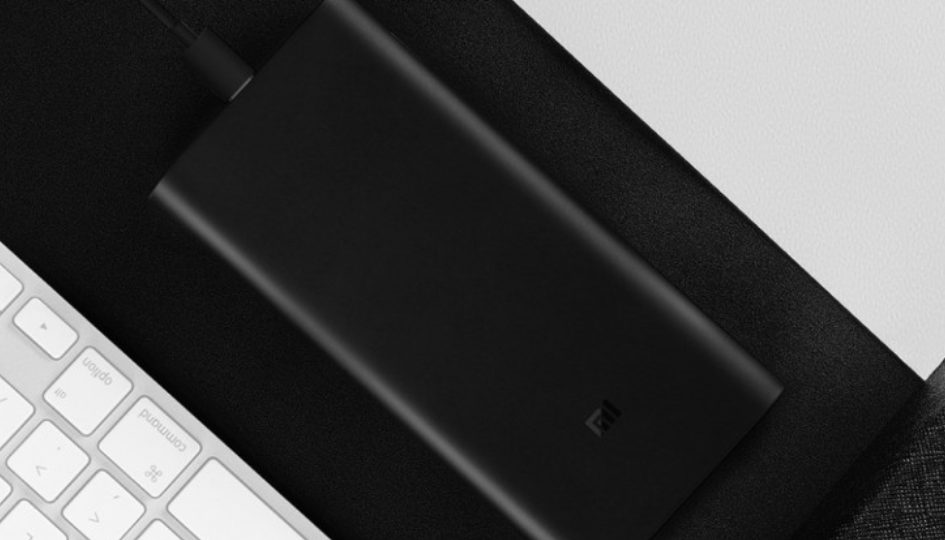 Crafted out of plastic, the power bank is offered in black colour with a matte finish on top. And as you’d notice, its design goes parallel with the previously launched 20000mAh Mi 2i model.

As for the charge capacity, the power bank packs a 20,000mAh lithium-polymer cell inside. Furthermore, it incorporates an onboard circuit chip that offers 9-level protection against voltage fluctuations, short circuits, and overcharging.

Not only smartphones, but the Mi Power Bank 3 Pro Edition can even charge tablets, various notebook laptops, and specific Apple MacBook Pro/Air models alongside the recently launched Google Pixelbook. The built-in USB type-C port used for the same supports up to 45W fast charging. Not to forget, the Type-C port also enables two-way charging, meaning you can fast charge the Mi Power 3 Pro Edition using the same USB Type-C port.

Apart from the type-C port, the Pro edition gets two standard USB Type-A ports. Both the ports support three different charging protocols including 5V at 2.4A, 9V at 2A, and 12V at 1.5A. Note that the type-C port won’t be functional when these two ports are being used to draw juice.

Talking of the charging speed, the Mi Power Bank 3 Pro Edition can go from 0 to 100 per cent in 11 hours when charged with a standard 10W charger. On the other hand, the charge time reduces to four and a half hours with a supported 45W power brick.

Like the previous generation, the new edition has pass-through charging support. Hence, it will be able to charge other devices while being charged at the same time.

The Mi Power Bank 3 Pro is currently up for sale on Tmall in China and has been priced at CNY 199 (around Rs. 2,000). Let’s see if Xiaomi brings it to India as well. Stay tuned for more updates.