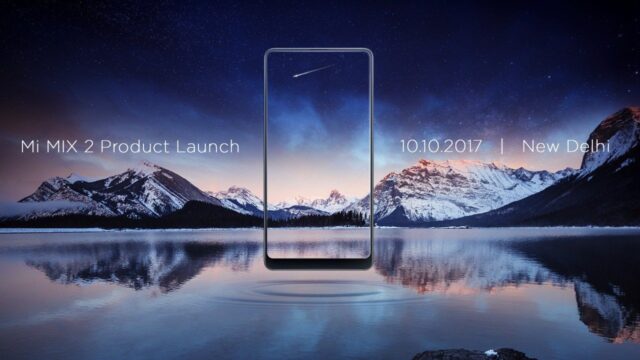 Xiaomi has announced the Mi MIX 2 last month, and on the same day, the company has mentioned that the device will be launched in India as well. Just as it promised, the brand has officially started sending out media invites for the launch that will happen in India on October 10th. The Mi MIX 2 comes with 18:9 bezel-less design. The Mi MIX 2 is the Xiaomi’s flagship phone in India after one and a half year later.

Talking about the camera, the Mi Mix 2 features a 12-megapixel Sony Exmor IMX386 lens on the back with LED flash and OIS. On the front, there is a 5-megapixel shooter with facial recognition and 1080p video recording. It rocks a Fingerprint sensor on the back. Connectivity features include 4G LTE, WiFi 802.11ac dual-band (2×2 MU-MIMO ), Bluetooth 5.0, GPS/GLONASS/Beidou, NFC. A 3400mAh battery with Qualcomm Quick Charge 3.0 fast charging is on board.

We shall know the variant that is launching in India and price once the device goes official. Stay tuned.