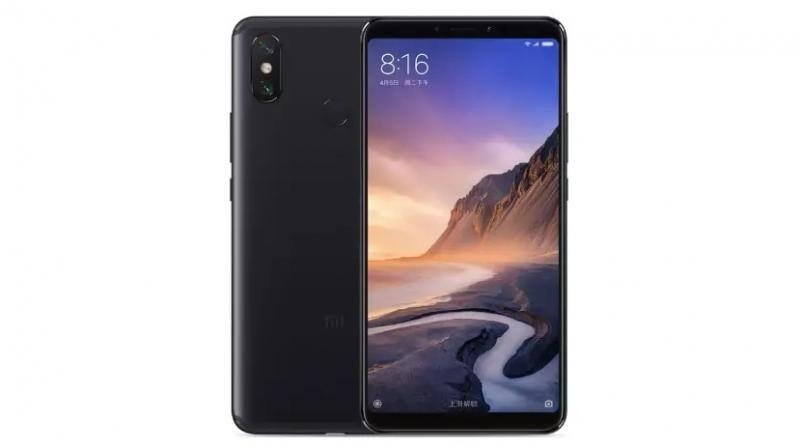 The Xiaomi Mi Max 3 has been officially launched in China. The handset is the successor to last year’s Mi Max 2. Some of the highlights of the budget phablet is the massive 5000mAh battery and dual rear cameras.

In terms of specifications, the device packs a massive 6.9-inch full HD+ display having an 84 percent NTSC color gamut, and a contrast ratio of 1500:1. Under the hood, the device gets powered by an octa-core Snapdragon 636 processor paired with either 4GB RAM and 64GB strorage, or 6GB of RAM and 128GB of built-in storage.

In the photography departemnt, the Mi Max 3 has dual rear cameras – one is a 12MP camera sensor while the other is a 5MP sensor. Both sensors are equipped with f/1.9 aperture, LED flash, along with an AI portrait mode. For selfies, the handset gets an 8MP front-facing shooter with f/2.0 aperture, along with soft selfie light. To keep things running, the device packs a massive 5000mAh battery with support for Quick Charge 3.0.