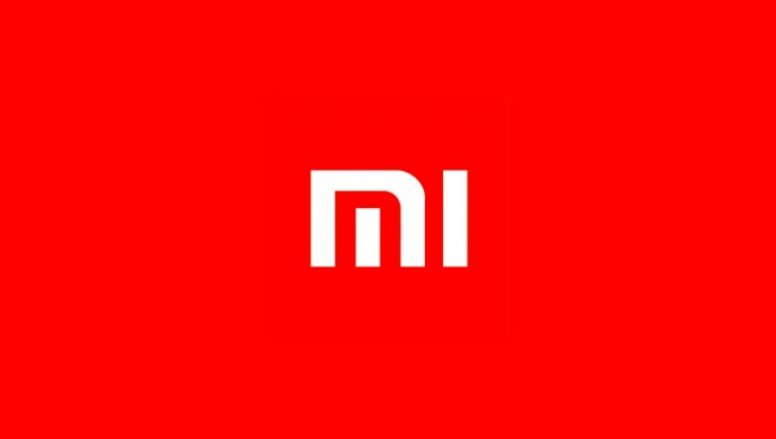 Xiaomi Mi Max 3 is all set for an official unveiling in China at an event on July 19. The company’s co-founder, Lin Bin, recently posted official press renders of the device, giving us a fairly good idea about how the device looks like. Now, the company has posted another teaser image of the handset on its official Weibo account, revealing all the specifications and price of the Xiaomi Mi Max 3.

According to the new teassr, the handset boasts a massive 6.9-inch display. Besides, the device will sport a screen aspect ratio of 18:9. However, the teaser suggests that the Mi Max 3 will not feature a display notch.

Under the hood, the device gets powered by Snapdraon 636 processor paired with 4GB/6GB RAM and 64GB/128GB of built-in storage. Elsewhere, the device will come with 12MP+5MP vertically stacked dual rear cameras. For selfies, the handset will get an 8MP front-facing shooter. The device is also expected to feature AI-powered face unlock feature, an AI powered digital assistant, as well as the ability to create bokeh effects.

Besides, the company has also confirmed that the Mi Max 3 packs a hefty 5000mAh battery with support for Quick Charge 3.0. 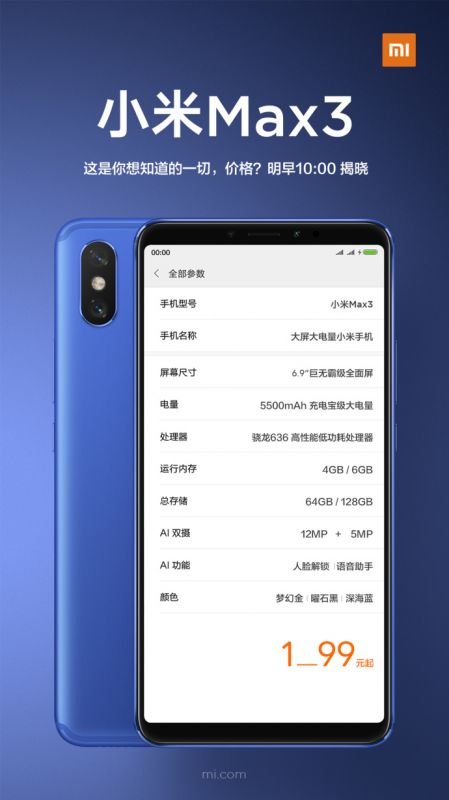 The latest teaser further confirms that the device will come in Black, Blue, and Gold colour variants. As far as pricing goes, the device is likely to get priced in the range of CNY 1099 (roughly Rs 11,200) and CNY 1999 (roughly Rs 20,400).

We’ll know evertyhing about the handset when it goes official tomorrow at an event in China. Until then, keep checking back for more.