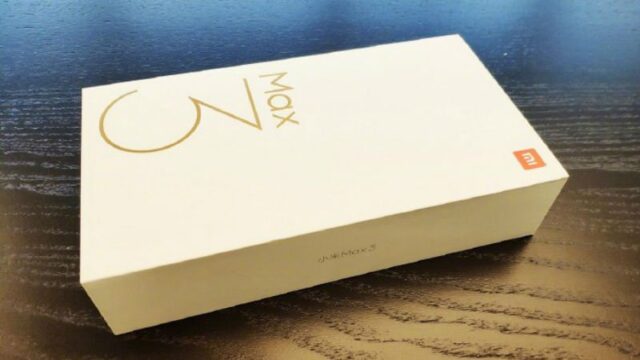 The Xiaomi Mi Max 3 is all set for an unveiling in China on July 19. The launch event was officially confirmed by Xiaomi on its Weibo account. However, a new leaked image of the handset’s retail box is doing rounds on the web which confirms some of the alleged specifications of the upcoming phablet.

According to the leak, the Xiaomi Mi Max 3 gets a 6.9-inch display with a 2160 x 1080 pixel resolution having an aspect ratio of 18:9. Besides, the inscription on the back of leaked retail box reveals 4GB RAM and 64GB of storage. The image further reveals that the handset will feature a dual-lens primary camera setup on the back comprised of 12MP and 5MP lenses. Finally, the leak also confirms that the handset gets juiced by a relatively chunky 5500mAh battery.

As per earlier leaks, the Mi Max 3 will get powered by Qualcomm Snapdragon 636 chipset coupled with 4GB of RAM for the standard variant. Elsewhere, the handset’s camera sensors are said to come equipped with AI-powered features along with support for Portrait Mode. For selfies, the handset is said to feature an 8MP front-facing shooter with AI Face Unlock and AI Portrait mode features as well.

The handset’s 5000mAh battery is also said to offer fast charging support. In addition, the device will also get a rear mounted fingerprint scanner as well as an IR Blaster.

In terms of software, the device is said to run Android 8.1 with MIUI 9.5.