Back in September, Xiaomi disrupted the market by giving Stock Android and Dual Cameras at a very competitive price with their Mi A1. Now, the Chinese giant has finally pushed out the much-awaited Android 9.0 Pie update for Mi A1. To our surprise, the Pie update also brings the support for true Dual 4G VoLTE on Mi A1.

The Pie update for Mi A1 was rolled out in Beta stage a couple of days back. Following which, the device has now received stable Android 9 Pie build weighing a little over 1GB. The update is currently being released in batches. Many users from India, Netherlands, Austria, Belgium and the USA have reported the same.

The new update brings in certain features like FM Radio, Adaptive battery and brightness apart from the major OS upgrade. It also incorporates the new Pill navigation gestures. Note that there’s no mention of Dual 4G feature in the Update changelog. 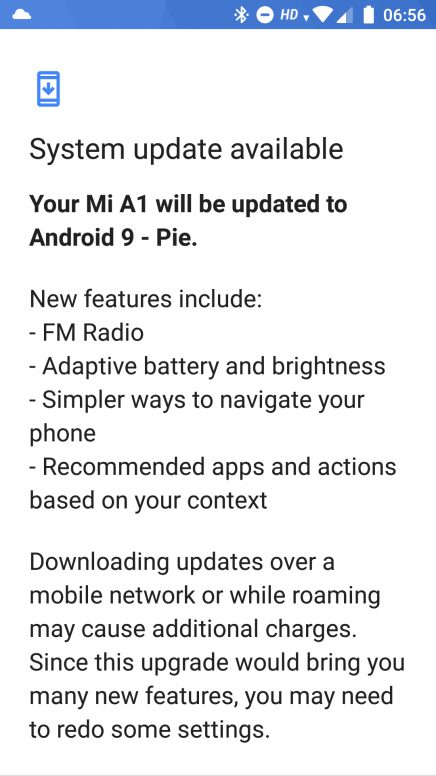 Fortunately, we got our hands on one of our colleague’s Mi A1 (running on stable Pie) and were surprised to know that it supports Dual 4G VoLTE, despite having Snapdragon 625 SoC. The dated Snapdragon 625 chipset was said not to support dual 4G VoLTE. Xiaomi gave the same reason for switching to MediaTek’s Helio P22 and Helio A22 chipsets which offer native support for Dual 4G on recently unveiled Redmi 6 and Redmi 6A, respectively.

We went further and inserted two Jio Sim cards on the device. And as astounding it may sound, both of the Sim cards were working fine. Moreover, the handset also showed us HD voice calling notification and symbol on the status bar for the duo Jio networks.

As you might be thinking right now, we too believed if it is a software bug, but it wasn’t. We did try calling, and it worked flawlessly. Nonetheless, we also checked the “Enhanced 4G LTE” option under Settings > Network & Internet > Mobile Networks. Even when the data preference was set to the other Sim, we were able to send and receive calls on the first one.

Well, there are two possible answers to this. Firstly, let’s not forget that the Realme C1 and Realme 2 are one of the first smartphones to offer dual 4G VoLTE with the Snapdragon 450 SoC.

If you look closely, the former is nothing but an underclocked version of the Snapdragon 625. In fact, both the SoCs are built on the 14nm FinFet process and share the same Snapdragon X9 LTE modem. 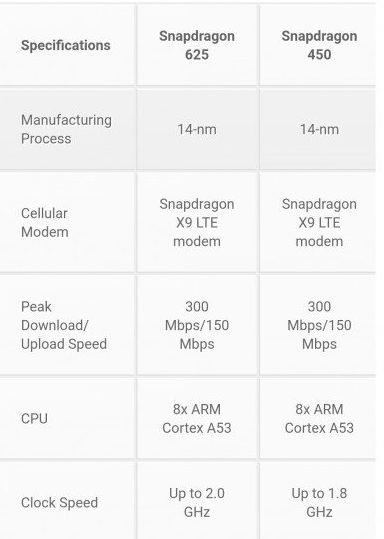 It gives rise to the speculation that the Snapdragon 625 SoC supports dual 4G VoLTE which was never revealed officially. However, as per the information that we were able to dig, in reality, it depends on the smartphone manufacturer.

If the manufacturer has installed two LTE antennas on the motherboard, then you might source dual active 4G standby. Else, it’ll support 4G in only one Sim at a time while limiting the other card to 3G/2G. For example, the Samsung Galaxy J8 lacks dual 4G despite having the SD450. Manufacturers often omit one for cost-cutting. Thus, it turns out that the Mi A1 has sourced out its Dual 4G functionality from an auxiliary antenna. Barring the discussion, we are waiting for the official announcement from the brand itself.

Is it possible to enable Dual 4G VoLTE on other Xiaomi phones with Snapdragon 625?

As mentioned, it depends on the hardware structure. If any of the other phones have dual 4G antennas, then it may be possible for Xiaomi to push the feature via an OTA; otherwise, no luck!

Currently, the Redmi 6 Pro, Redmi Y2, Redmi Note 5 and Redmi Note 4 are the Xiaomi smartphones making use of Snapdragon 625. In the meanwhile, let’s see if developers try to bring this functionality to other phones by porting the Mi A1’s modem files.

Does the new Update bring Fast Charging on Mi A1?

For starters, the Snapdragon 625 supports Qualcomm Quick Charge 3.0, and thus, many users were expecting Xiaomi to enable fast charging with this update. Unfortunately, it turns out to be reminiscent of what we saw during the Oreo update phase.

While charging through Xiaomi’s proper QC 3.0 Wall charger, the phone shows “Charging Rapidly” on the lock screen. However, the phone charges at average speeds, limiting the maximum current input to 2A. Thus, Mi A1 doesn’t support fast charging on latest Android Pie build.

How to Update Mi A1 to Pie

The Android Pie update for Mi A1 is rolled out in batches and will be available under Software updates section in settings. If you can’t wait for the same, kindly refer the steps below to install the update (sourced from a thread on XDA):

NOTE: We are not responsible for any issues caused by the method above and hence suggest you wait for the update instead of tweaking your device.

Under the hood, it gets powered by Qualcomm Snapdragon 625 SoC, coupled with Adreno 506 GPU, 4GB of RAM and 64GB of storage (expandable up to 128GB with a microSD card).

We hope that this article solved all your queries regarding the latest Pie update and Dual 4G VoLTE on Mi A1. Feel free to express your views and questions in the comments below.